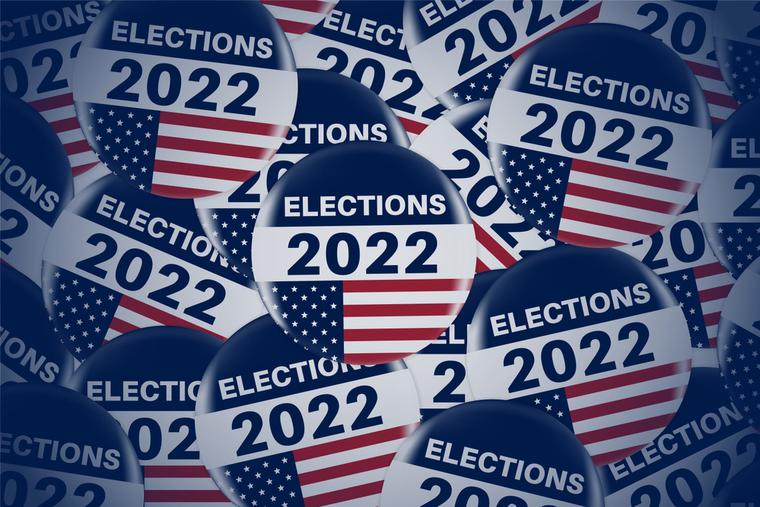 The US Senate race in Ohio, to be decided in the Nov. 8 midterm elections, features two Catholics with differing political positions.

Republican JD Vance, a Catholic convert, is up against Rep. Tim Ryan, a Democrat and cradle Catholic. Both men are vying to fill the US Senate seat vacated by Republican Senator Rob Portman.

Vance, a venture capitalist and political neophyte, rose to prominence thanks to his best-selling 2016 memoir Hillbilly Elegy, which chronicled his challenging childhood in Ohio. In recent years, Vance has embraced the political style and earned the support of former President Donald Trump.

Ryan has represented the working class city of Youngstown in Congress since 2003. A supporter of President Joe Biden, Ryan had submitted his own candidacy for the presidency from April to October 2019.

A poll aggregator at FiveThirtyEight, a data-driven journalism site, shows Vance running ahead with 46.4% support compared to Ryan’s 45.0%.

And according to a new EWTN poll, Vance enjoys an overall lead among Catholics — 55.5% of Ohio’s likely Catholic voters support Vance, while 41% back Ryan. Of Catholic voters who identified as Democrats, 89.4% voted for Ryan and 9.1% for Vance. Of Republican Catholic voters, 91% say they would vote for Vance, while 5.6% would vote for Ryan. Predictably, Vance won over the majority of voters in the Cincinnati area where he grew up; and Ryan has the edge in the Youngstown area, where he has been active in politics for decades.

Voters in the EWTN poll practice their Catholic faith to varying degrees. Breaking down the results by Mass attendance, Vance was most popular among Catholics who say they go to Mass daily, with nine in 10 saying they plan to support him. Ryan captured the majority of Catholics attending once a year or less.

Additionally, broken down by their approval of the church’s teachings, Ryan came out ahead among those who consider themselves “former Catholics,” with two-thirds of whom said they would vote for him. Nine out of 10 Catholics who say they agree with all of the Church’s teachings say they will support Vance.

With elections approaching, the Ohio Catholic Conference encourages Catholics to “advocate on issues consistent with Catholic social teaching” in an autumn newsletter. It calls on citizens, candidates and elected officials to join the US bishops’ “Civilize It” campaign, which calls on Catholics to promote a “better kind of politics”.

Ryan and Vance on the issues

Recent EWTN polls showed that in the embattled states of Arizona, Florida, Georgia, Nevada, Ohio and Pennsylvania, large majorities of Catholic voters identified the economy as the nation’s most important issue.

In Ohio, nearly 60% of voters named the economy the most important issue, followed by 16.3% who said “illegal immigration/border security,” 7.3% who said abortion, and 6.4% who said climate change. These four themes ranked above issues such as health care, crime, K-12 education, and freedom of religion.

Both Ryan and Vance have publicly taken positions on these four issues that they say voters care about most in Ohio.

Ryan advocates passage of the Protecting the Right to Organize (PRO) Act (a bill that promises to expand labor protections), raising the minimum wage to $15 an hour, expanding access to quality and affordable childcare, and protection of retirement. according to its campaign website.

Ryan says he will work toward a full economic recovery — and has already done so, by working to bring business and investment to Ohio, helping small businesses stay open during the pandemic, and lowering taxes for businesses , which offer paid vacation and other benefits .

According to his website, he also pledges to close gender and racial wage gaps and boost access to credit and capital for minority-owned businesses.

Vance addresses inflation on his campaign website, calling it the result of unnecessary spending by the Biden administration. He emphasizes the impact of inflation on ordinary Americans, especially seniors on fixed incomes.

He promises to defend small businesses and has criticized US business for favoring foreign companies that oppose American values. He says he supports tax cuts for companies that invest in the US, but also called for tax increases for companies that “ship jobs abroad and use their money to fund anti-American radical movements.”

The candidates agree that the US immigration system needs to be changed.

On his campaign website, Ryan calls for the current system to be modernized. Specifically, he pledged to “work with everyone to facilitate legal immigration here, streamline and update our admission processes for refugees and asylum seekers, and provide a pathway to citizenship for those workers and small business owners already in the United States.” Conditions.”

Vance, according to his website, pledges to “solve the southern border crisis” by defying all attempts by Democrats to grant amnesty, working to finish building a border wall and doubling the number of border agents in the US

He also calls for reform of the legal immigration system by changing who is admitted and reducing the overall number, and says the US should admit those who “contribute something meaningful to our country.”

Ryan now supports legal abortion and conflicts with the teachings of his Catholic faith. He had voted for numerous pro-life measures since his first election to Congress in 2003, and referred to himself as “pro-life” until at least 2009, even serving for a time on the board of Democrats for Life. But in 2015 he wrote an op-ed saying he now believed governments shouldn’t be involved in abortion legislation.

Ryan is promoting his position as a co-sponsor and supporter of the Women’s Health Protection Act, a radical abortion bill that previously failed in the Senate, on his current campaign website. If elected, he says he promises to study judicial candidates’ records and statements on “reproductive rights” and to resist confirmation of candidates who would not protect “this crucial right”.

“Every Ohioan should have access to the health care that is right for them, and that includes protecting the right to safe, legal abortion,” reads Ryan’s campaign website under Protecting Reproductive Freedom.

It continued, “As state legislatures and local governments across Ohio advance dangerous proposals to ban abortions for rape or incest altogether and penalize people for helping those who seek much-needed help, Tim is working to bring the to protect reproductive freedom for all Ohioans. ”

According to the EWTN poll, 17.4% of Ohio Catholic voters say abortion should be available at any time during pregnancy, or nearly 83% believe there should be some restrictions on abortion.

Vance describes himself as “100 percent pro-life” and has earned the support of the Ohio Right to Life Society. According to his campaign website, he is calling for the abolition of abortion by protecting the unborn child and building a child- and family-friendly society. To take action, he promises to expand child tax credits and ensure hospitals don’t cripple young parents with “budget-busting surprise bills.”

Following Dobbs’ decision, his website said: “The fight against life continues by ensuring every new mother has the resources to bring new life into the world, expanding adoption and promoting pregnancy centers, so that every child may grow up in a loving home as they deserve.”

Vance has said he would vote for the 15-week national abortion ban introduced by US Republican Senator Lindsey Graham and has indicated in debates that he supports exceptions to abortion laws to preserve the mother’s life.

Ryan’s website says the Ohio Democrat is focused on fighting climate change and is committed to protecting Ohio’s natural resources. Among other things, he cited his work funding the Great Lakes Restoration Initiative and his efforts to clean up Ohio’s waterways.

Rather than relying on China, Ryan says he wants Ohio citizens to ensure “clean manufacturing” and power the world with wind turbines, solar panels, batteries and electric vehicles for a “clean energy economy.”

Vance’s campaign website does not list climate change as an issue. He recognizes Ohio as one of the world’s largest producers of natural gas and oil and calls for “sound energy policies” so that the US can become energy independent.