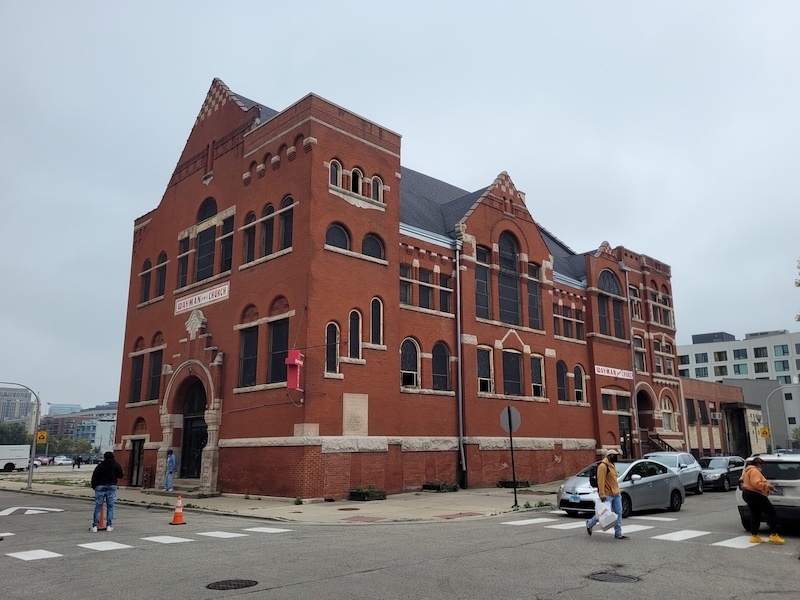 “There is currently a church building on the property,” said Robert Waldschmidt and Clifford Perotti of Berkshire Hathaway HomeServices Chicago’s listing, “but the best and greatest use is to replace it with a more modern housing estate.” Waldschmidt said he and Perotti declined to comment.

Directly across from Wayman AME Church are townhouses dating from the early 2000s that sell now in the $ 600,000s. A decade after the Chicago Housing Authority’s last Cabrini Green skyscraper was demolished, much of the area has been redeveloped with a mall and new homes for renters and buyers, but some parts of the old site have been, including blocks to the west and south of Wayman the progress is slow and the land remains fallow.

In June 2018, the contracted Wayman Church package went to market in just two days at an asking price of $ 3.25 million.

Then-stockbroker Angela Pettis of Baird & Warner said the church was almost certain to be demolished, but she couldn’t reveal any further details, including the identity of the contracted buyer.

Rev. Thomas Hughes, a regional official for the African Methodist Episcopal Church denomination who has owned the church since 1920, said in 2018 that the deal could include creating new spaces for the congregation on the site.

“We’ve been in this place for so long, we’d love to stay in the neighborhood if we can,” Hughes said then.

No further announcements were made about the future of the property, which extends along Elm Street between Cleveland and Cambridge Avenues.

The building’s roots date back to 1853 when the neighborhood known as Swede Town had several Swedish churches, including the First Swedish Baptist, whose original sanctuary may have been destroyed in the Great Fire of Chicago 150 years ago this week.

The Swedish Baptists completed the current church building in 1889; It is not clear whether they transferred it to the AME church in 1920 or whether there was another resident between the two parishes.

Wayman AME was a spiritual refuge for black residents of Cabrini-Green for several decades, built in stages from the early 1940s to the early 1960s.

In the early 1990s, Wayman AME was part of the backdrop of one of Cabrini-Green’s most terrifying incidents: October 13, 1992 Bullets fired by a sniper in a building north of Wayman AME shot past the church before killing 7-year-old Dantrell Davis, who was holding his mother’s hand as he crossed Cleveland Avenue just south of the church.

Davis was the third Jenner Elementary School student to be killed that year. His death was one of the events that sparked the city’s transformation plan announced in the late 1990s, which included the demolition of the Cabrini-Green skyscrapers.

A new Jenner building opened across from Wayman in 2004. It has been since 2018 a campus of the Ogden International School of the Chicago Public Schools.