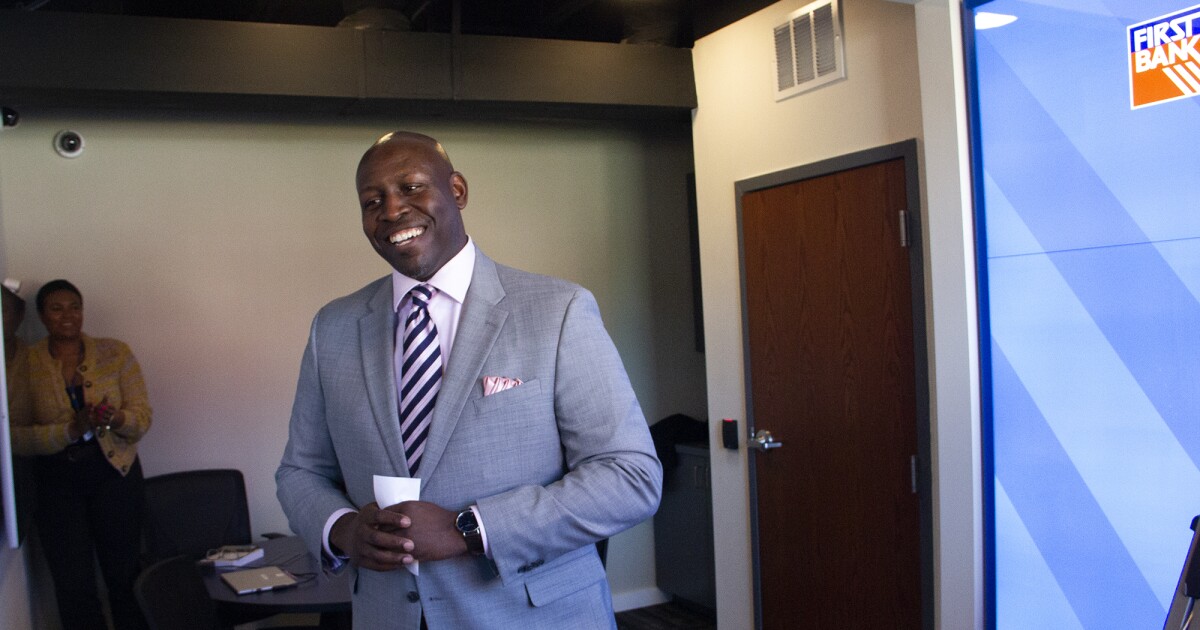 The Tabernacle Church is more than a church. In 2014, the managers there founded the Tabernacle Community Development Corp.which bought dozens of vacant properties in the JeffVanderLou neighborhood of north St. Louis.

Through the redevelopment, the organization has transformed these properties into more than 30 habitable units, and more are under construction. The nonprofit’s plate isn’t just about housing: the group also invested $1.5 million in a closed elementary school, which reopened as a community center in December. The center, dubbed the Hub, has since added a medical clinic, social workers and, last week, a First Bank branch.

On St Louis in the airsaid Tabernacle Church senior pastor Andre Alexander, who also serves as president of the nonprofit TCDC his faith first inspired him in 2014 to consider combining his church’s missions with those of community development.

“It’s hard to talk about a God who loves you when you never see that God’s love,” he said. “I think through economic development, empowerment, that’s one of many ways we can see God’s love.”

The group’s efforts have attempted to address several challenges in neighborhoods like JeffVanderLou. As with other communities in north St. Louis, JeffVanderLou’s population fell from a peak of about 40,000 in the 1950s to fewer than 6,000 residents.

Alexander recognizes the challenges involved in redeveloping an area severely impacted by vacancy and divestment. Before becoming a pastor, he earned a master’s degree in business administration from Webster University and an electrical engineering degree from the University of Missouri.

He points out that TCDC’s projects have not only provided homes for 35 families, but also created 103 construction jobs. The group renovated a total of 18 houses.

“Every house I just talked about was empty,” he added. “It was empty, boarded up, fell apart in some areas and we put it back together, we restored it. And the beauty of it is that it gives people hope.”

For most of the nonprofit’s existence, this work has been funded by private donations — but last year things changed. As the St. Louis Post-Dispatch reported last year, St. Louis gave Tabernacle a federal grant for community development. That along with City Council‘s remediation planhas opened up even more opportunities for the nonprofit to spur development, including tax breaks to help existing residents stay in their homes by keeping property taxes stable.

Alexander is grateful for the additional resources. But the process wasn’t easy. Banks and creditors largely ignored the nonprofit’s efforts. The first bank to extend a line of credit to TCDC, First Bank, opened a new branch in the Community Center Hub on October 17.

Still, it’s a long way to the region.

“We’re talking decades of divestment,” Alexander noted, but added that the construction of NGA West and other developments in north St. Louis present an opportunity for real change.

“This is really a defining moment for us and our city,” Alexander said. “No question. Anyone else who says otherwise, I don’t know where they live and breathe.”

“St. Louis on the Air brings you the stories of St. Louis and the people who live, work and create in our area. The show is produced by Miya Norfleet, Emily Woodbury, Danny Wicentowski and Alex Heuer. Avery Rogers is our production assistant. The sound engineer is Aaron Doerr.