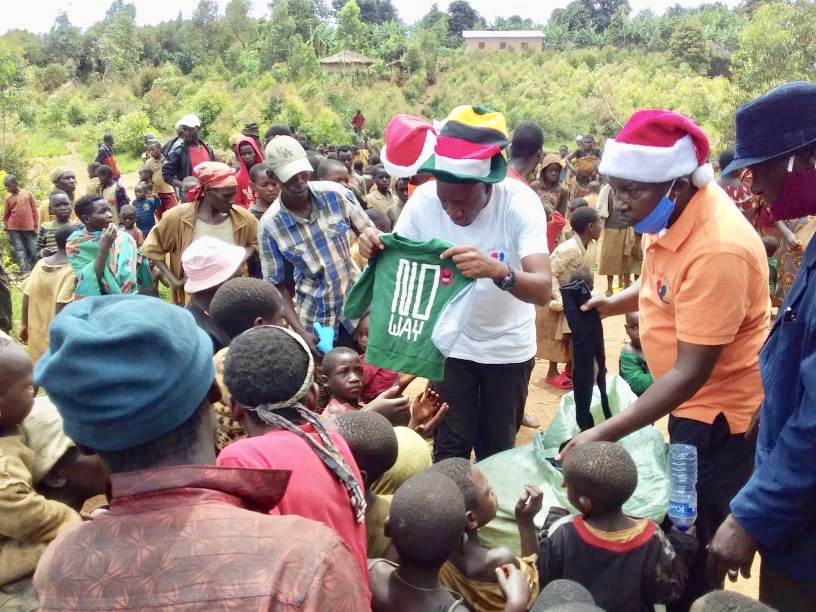 SARATOGA SPRINGS – When Ashley Campbell sent Maurice Karenzo, a teacher friend of hers in the Republic of Burundi, stationery for his students, she hadn’t expected what would happen next.

The founder of Coral and Blue Paper Co. thought it was just a kind gesture to a friend, but later learned from Karenzo – whom she met online through a global faith network – that something “really amazing” had grown out of it.

â€œThe children start to write thank you notes, tell stories in their letters and do handicrafts. And we’ve never had that, â€she said, Karenzo told her.

Karenzo’s students in the east-central African country were impressed by the simple, elementary lined stationery because they are hard to find blank paper and painting supplies. They considered it “novelty,” said Campbell, something they were completely unaware of.

The great gratitude and positive feedback from the students motivated Campbell and Karenzo to band together and do more. They started a mission to bring art supplies and paper to all of Burundi through their company.

Today, a year later, the two friends have supplied Burundi villages with plenty of stationery and accessories, including writing implements, clothing and more. Since the initial assignment, Karenzo has been able to hire four more teachers to help distribute materials to areas far from the school.

Every few months, Campbell collects money on site in the capital region for her counterparts in Burundi to buy groceries in the country.

Church mission team leader Brenda Streed works within the ward to promote and fundraise the global work of Coral and Blue. The Church recently raised approximately $ 1,900 to send for Christmas.

“It’s a small way for us to only help those who are less fortunate,” said Streed.

Campbell first bought and shipped the supplies here in the US, but found it was cheaper and more affordable to buy or print what was needed in Burundi to support the economy. And for whatever reason, the virus hasn’t caused serious supply chain disruptions there as it did domestically, Campbell noted, which has helped keep operations running smoothly.

â€œIt was like something I’ve never seen before. It was beautiful and amazing, â€said Campbell.

Karenzo sends Campbell newsletters with photos and notes on how the students are using the goods received.

Children use the stationery to draw pictures and write thank you letters. Some have used the cards to tell their parents how grateful they are for all they have. Others have used the paper as a therapeutic tool to deal with trauma stemming from a number of wars and instability in the region.

Several have written down stories of their experiences and later read them to one another, which Campbell said helped them cope with it. She remembers a few cases where children wrote about their desire to become doctors and help others who were injured in the war.

Without many formal schools and multiple outdoor classrooms, you can see the kids sit on rocks or lean on the floor to draw and write, she noted.

â€œThey don’t take these things for granted there. You appreciate her very much. You use them well; The teachers go out of their way to make sure the children are well looked after, â€said Campbell.

In his latest letter, Karenzo said the effort reached about 116 families and 812 children, and they were given clothes, shoes and sweets in December.

“The students accepted the deliveries with joy because they are in a critical life of poverty caused by the civil war in this country. They love people who help them because they usually do not expect it,” wrote Karenzo in an email to the Times Union. “Supplies show them that there is someone who thinks and cares for them.”

Campbell acknowledged that there are people who are closer to home and need help everywhere. Although she understands this, she said that the hardship in Burundi “fell into her lap”.

“It feels like the world just isn’t that big,” she said. “I realized how small the world actually is and how much we can influence people in another country with something as small as sending a gift and how easy it is then to help people in other countries.”