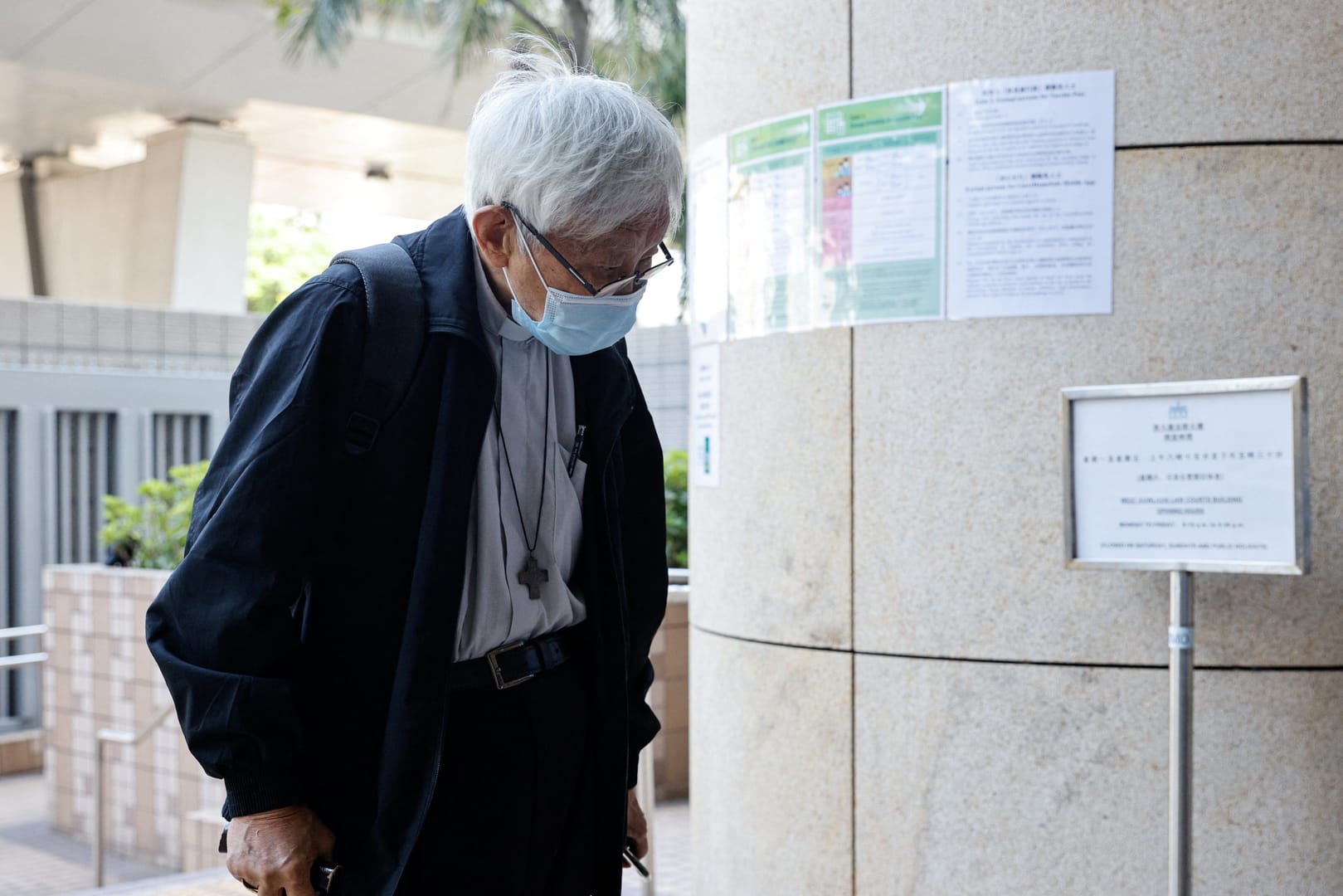 The trial began on September 26 and was scheduled for five days, but the judge adjourned the trial when defense attorneys attempted to cross-examine police witnesses summoned by prosecutors.

The outspoken cardinal, retired bishop of Hong Kong, was arrested on May 11 under Beijing-imposed national security law. He and his co-defendants were subsequently accused of failing to properly register their 612 Humanitarian Relief Fund, which provided financial, legal and psychological assistance to people arrested during the 2019 protest movement.

You have pleaded not guilty.

Prosecutors said the 612 Humanitarian Relief Fund raised $34.4 million and some of the money was used for “political activities and non-charitable events,” including funding protest groups.

The defense countered that the defendants have the right under the Basic Law to form an association, Hong Kong’s mini-constitution that critics say has been undermined by Beijing authorities in recent years.

If found guilty, the defendants each face a fine of approximately $1,300.

Prosecutors said the defendants had to register the fund within a month of it starting to operate. When the defense attempted to cross-examine prosecution witnesses, defense questions were dismissed as irrelevant.

The trial was adjourned before the defense could call witnesses or present their case.

The trial and its adjournment come as the Chinese central government prepares to renew for the second time its two-year deal with the Vatican to appoint bishops. Vatican officials left Beijing on September 2, and Cardinal Pietro Parolin, Vatican secretary of state, said a deal would be finalized by the end of the year, but earlier deals were finalized in September and October.

Although no details of the agreement were released, Zen relentlessly criticized the deal even before it first signed it in 2018. He has called it a “sellout” and says it has killed the unofficial or underground church community in China, whose leaders refuse to register with the state-run Chinese Catholic Patriotic Association.

The adjournment also puts the process after the 20th Chinese Communist Party Congress, which will select officials to rule the country for the next five years; that starts on October 16th. Officials in Beijing are trying to minimize controversy ahead of the event.

The more serious charges facing Cardinal Zen and his co-defendants under the national security law relate to “collaborating with foreign forces.” They have yet to be charged on those charges, but if they are, they can be extradited to mainland China for trial. The penalty ranges from three years to life imprisonment.

It has been speculated that officials in Beijing, who now control Hong Kong directly, would be happy to see Cardinal Zen found guilty of the current low-level charge in order to keep him on a tighter leash.

The Vatican has largely remained silent on the charges and the trial. But Cardinal Fernando Filoni, one of the Vatican’s China experts, recently spoke out for his Hong Kong counterpart in the Italian Bishop’s Daily Avvenire, saying that he was “a man of God; sometimes immoderate, but subject to the love of Christ.”

“He is an authentic Chinese. No one I know can truly be as loyal as he is,” Filoni wrote.