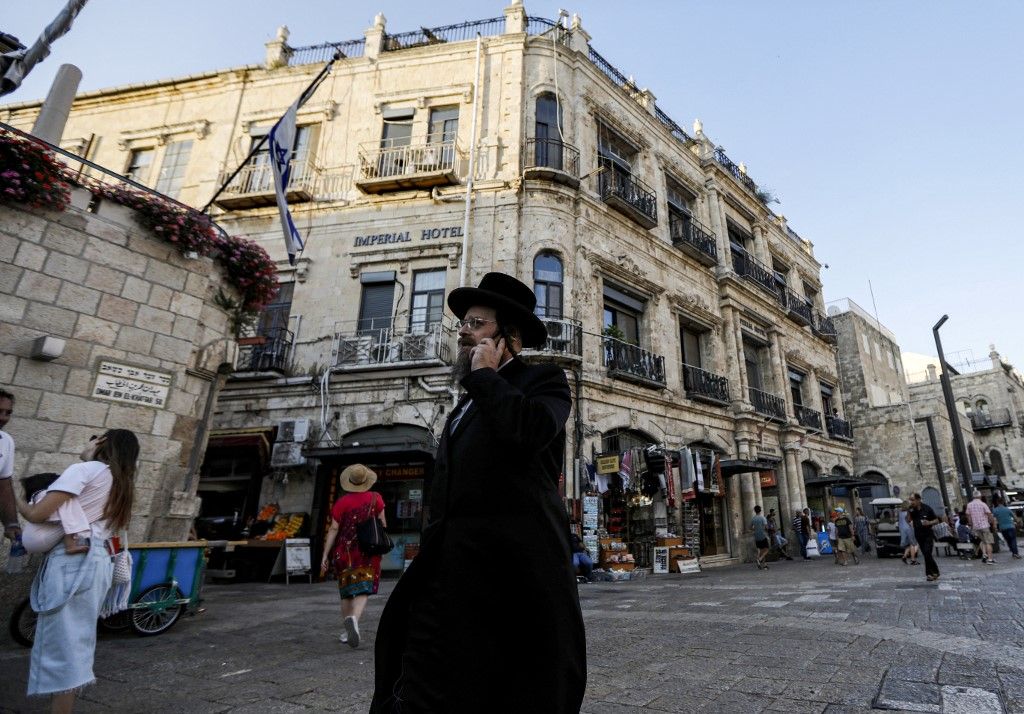 In June, Israel’s Supreme Court upheld a decision not to block the transfer of lease rights to two hotels in the Old City owned by the Greek Orthodox Church, dealing a final blow to the church in its 18-year battle against the sale of the Lease agreements for the hotels Petra and Imperial.

The Greek Orthodox Patriarchate holds an estimated twenty percent of the land in Jerusalem’s Old City. However, it has little cash income to pay for educational institutions or the upkeep of its many churches and monasteries in the Holy Land, a fact that may explain the sale of the leases.

Father Matheos Siopis, dragoman – or interpreter – of the Church, is in charge of these educational institutions.

“Petra and Imperial are our main theme and priority,” Siopis said i24NEWS. “Christian communities are shrinking. Because Christians are in the middle of a conflict between Israel and Muslims, they are trying to find their identity. And the truth is that our religion is our identity.”

“We actually have no problem with the State of Israel,” he continued. “The only problem we have is with these radicals. These organizations – they don’t fight to take property from Christians, but also take property from Muslims; take over the old town. Now we have new elections. You have power.”

Church leaders see themselves as living stones of faith, but actually feel sandwiched between a rock and a hard place.

“We are here; we are international. Russians, Romanians, Georgians, Serbs – all come, visit – ambassadors… So we are actually not a threat to Israel. They don’t understand that. Our properties will stay here – even after us.”

The hotels were sold to Ateret Cohanim – meaning “Crown of Priests” – a religious Zionist group aiming to settle Jewish people in Gentile-owned buildings in and around the Old City.

“This is all about Jewish presence, that Jews have a fundamental right to live anywhere,” said Daniel Luria, Ateret Cohanim’s Australian-born executive director i24NEWS. “If an Arab wants to sell, why shouldn’t a Jew be able to buy?”

The organization has so far settled around 1,000 Jewish families in the Muslim and Christian quarters of the old town. Once a week, Luria takes a group of Jewish tourists and shows them the revival of the Jewish presence in the Old City.

“Why are we crazy about the hotels? “What, you’re kicking out the Christians?” Nobody throws anyone out. If an Arab buys a house from a Jew, he doesn’t throw the Jew out. It’s real estate. He’s buying a house!”

“We have managed to acquire or facilitate the acquisition of two very large hotels at Jaffa Gate. One of these two hotels was a kosher Jewish hotel. It was built and owned by the Amdursky family. Before that, a Jew from Gibraltar named Amzaleg in 1820,” he continued.

“In between there was a big orthodox church, okay. But now it’s back in Jewish hands. But the world bounces up and down. And do you know what it smells like to me when I hear something like that? The things they said in Germany – Jew clean – the Jews have no right to live in certain areas.”

This Jewish revival effort does not end in the Christian Quarter. The grand prize is what Luria refers to as “the old Jewish Quarter.”

“Jews want to be near the Temple Mount; want to be in the old town; want to be close to the heart of Jerusalem. And if it means buying real estate here and there, that will happen. It is part of an obvious and normal phase in the entire Zionist dream.”

At the request of i24NEWS Shaking her head in disbelief at the argument at the hotel, Luria replied, “Maybe because there were some people who knew or didn’t know about the deal.”

“But they (the Greek Orthodox Church) have sold. And it has been ratified. This story is over. There’s no point in talking about it anymore. It is finished. It’s gone.”