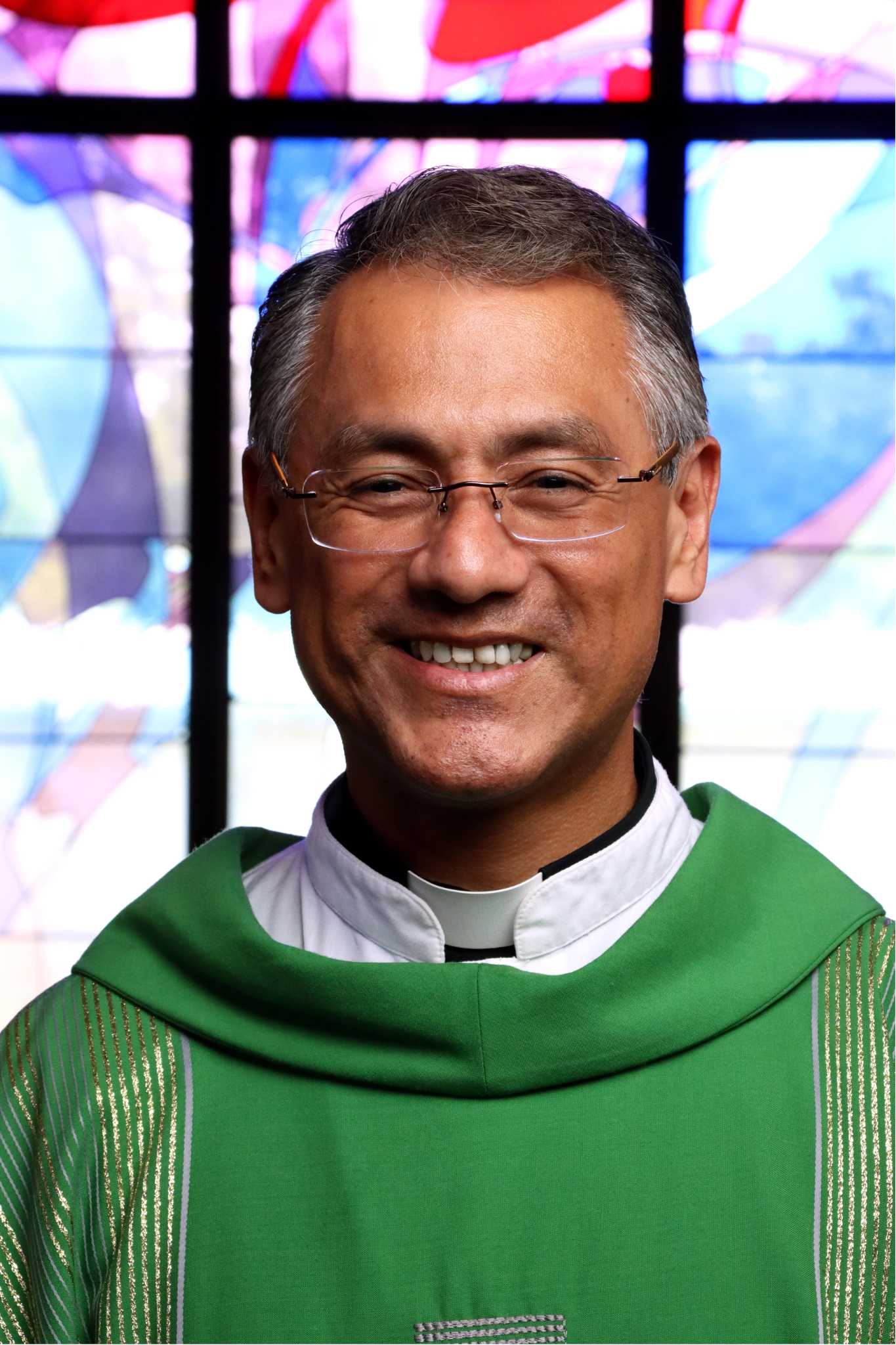 After 14 years as Principal Pastor of St. Anthony of Padua Catholic Church, Father Tom Rafferty has been reassigned and Father Jesse Garcia is now in charge of the Church at The Woodlands.

Garcia is originally from San Antonio but lived in Italy, Colombia, Canada, and New York before deciding to return to Texas to be closer with family and become a priest. One of 10 siblings, he was mainly inspired by his older sister to join the Church, who almost became a nun before deciding that her faith would be better served by training to be a nurse.

After graduating from high school, he went on an educational trip to Italy for three years, where he lived in a small town, learned Italian and spirituality and worked as a carpenter. He returned to San Antonio for a degree in MS Psychology, but lived as a consecrated layman, taking vows of poverty, chastity, and obedience to the Focolare Movement.

The Focolare Movement, an international movement with the stated aim of promoting the ideals of unity, sent Garcia to MedellÃ­n, Colombia, where he taught research methods, organizational behavior and business administration at several local universities. After three years in Colombia, the movement sent him to Canada, where he worked for a non-profit organization.

After five years in Canada, he decided to have a different experience. He moved to New York to gain corporate experience, where he worked for a real estate development company. But after two years he knew it wasn’t what he wanted.

“I felt a deeper calling,” said Garcia. â€œTo be a tangible witness of God’s presence in people’s lives, not to forget God in their busy lives. I thought the best way to do that was to become a priest. “

He moved back to the Houston area in Texas to be close to several members of his family. He was ordained a priest in 2014 and has since been assigned to three other churches before taking office in St. Padua.

His first impressions of The Woodlands are of a welcoming and vibrant community. St. Anthony of Padua is the largest church Garcia has ever been called to and the first to be associated with a school. But he’s not intimidated by the size or the change, he said. At the moment he is getting to know the parish and its various ministries.

“There is a certain sense of connectedness, community and togetherness,” said Garcia. “At least in the Catholic Church there is the same kind of worship everywhere, the same values, the same beliefs that we all share, so in some ways there is already a common ground.”

One thing that always guides him, Garcia said, especially as a member of the Focolare Movement, is to build unity wherever he goes. As a senior pastor, his goal is to bring people together on a deeper level. As the movement’s founder described it, the church is like a garden.

â€œWith so many beautiful flowers, each different from the other. The beautiful rose is not the daisy, the daisy is not the carnation, the carnation is not the lily, and so every flower is beautiful and embellishes the whole garden, â€said Garcia. Like the various flowers, St. Anthony has different ministries. Garcia wants each ministry to discover the other’s beauty. “That is my constant endeavor to make the garden more beautiful.”

Outside the Church, Garcia said he wanted to bring the fellowship together with other wards, ward groups, and residents in general.

He wants his new church members to know that while he is their pastor, he is also a Christian like them.

â€œI choose God, I am a disciple,â€ he said. “I follow God, and hopefully others will follow me to God.”