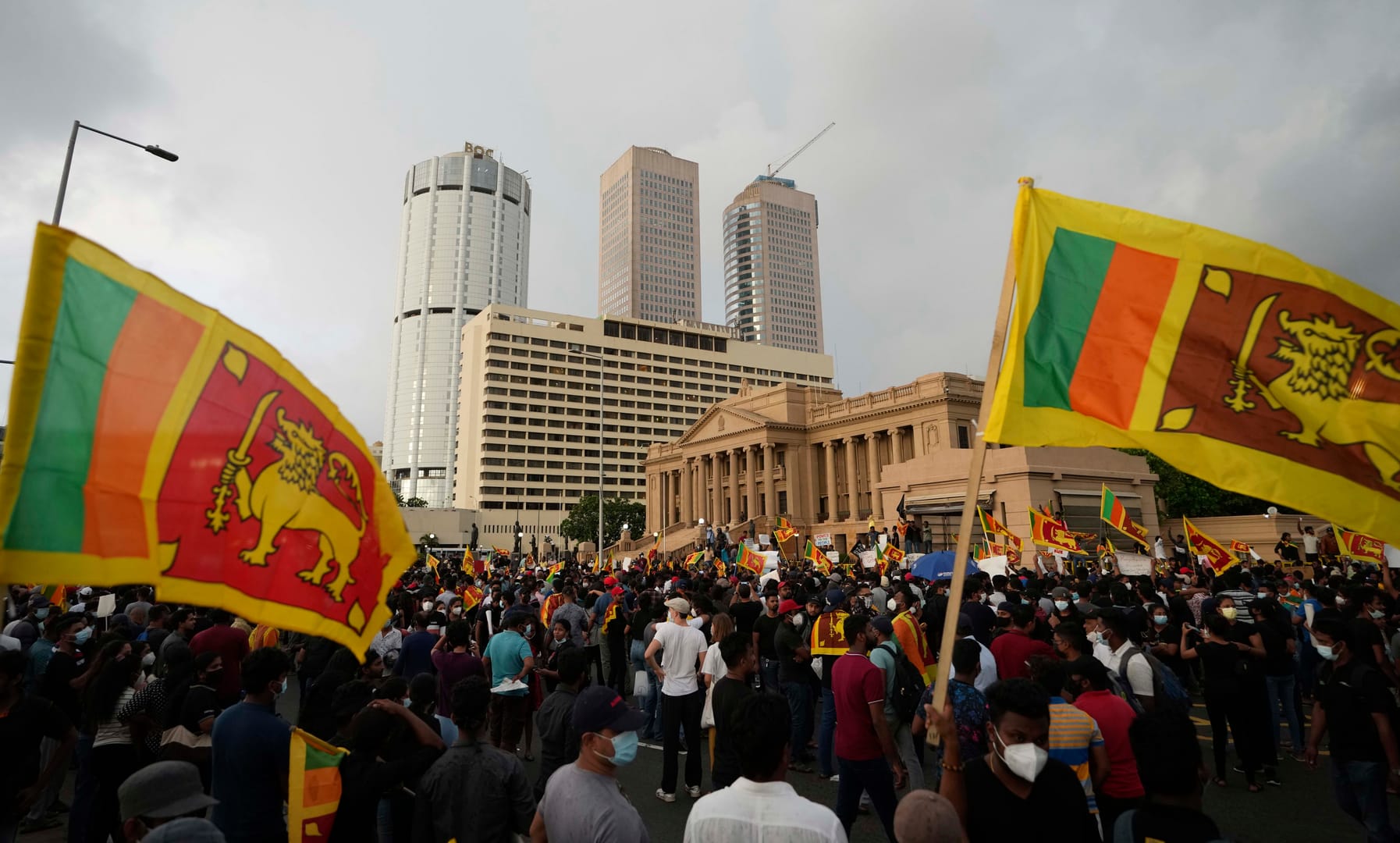 ROME – Soaring food and fuel prices in Sri Lanka have sparked the country’s worst political unrest in years, prompting thousands of protesters to demonstrate for change. As the government falters alongside its economy, the country’s Catholic bishops are sending out an SOS.

“People are stranded [. . .] without basic necessities such as food, fuel and household and industrial gas. Patients are left without the drugs they need to sustain their lives. Parents crave formula for infants and children,” reads the statement released by the Catholic Bishops’ Conference of Sri Lanka (CBCSL) on June 16 at the end of its Plenary Session.

The prelates warned that violence is a real danger as the country’s economic crisis deepens and urged the government to quickly change policy and amend the constitution to limit the president’s powers.

The economic downturn has resulted in shortages of several staple foods, as well as gasoline and medicines. On Friday, the government ordered public sector workers to work from home for two weeks because of severe fuel shortages as the island nation grapples with its worst financial turmoil since gaining independence from Britain in 1948.

Sri Lanka is struggling to find foreign exchange to pay for the necessary fuel imports. The existing supply of petrol and diesel will probably be used up in a few days.

“We urge the government to take drastic steps to address these issues and bring about justice and justice and pave the way for our children and youth to have a country where they can live in dignity,” the bishops wrote .

For the CBCSL, “The tragedy that has befallen our nation is without doubt the worst of our times.”

“There should be an aid package to bring basic necessities to the poorest of the poor. The unbridled rise in prices of basic necessities, scarcity and hoarding are seriously affecting the daily lives of people who are forced to wait in long lines,” the bishops wrote.

Sri Lanka’s foreign exchange reserves have practically dried up and it can no longer afford to import basic foodstuffs and fuel. The government blames the COVID-19 pandemic, which has hit Sri Lanka’s tourism business – one of its biggest foreign exchange earners. It also said tourists were deterred by a series of deadly church bombings in 2019.

However, many experts say economic mismanagement is to blame. Among those blaming the country’s civilian leadership are the Catholic bishops: “Those responsible for this terrible economic crisis have yet to be exposed,” the bishops’ statement said. The bishops said that the main causes of the economic crisis were “rampant corruption and absolute mismanagement by successive governments and political instability”.

Much of popular anger over the economic crisis has been directed at President Gotabaya Rajapaksa and his brother Mahinda, whom he appointed as prime minister but then ousted in May despite widespread protests.

In their statement, the bishops also address the country’s politics, saying they are very concerned that changes to the constitution have concentrated too many powers in the hands of the president, including his ability to appoint anyone to government office without consent Members of Parliament.

The bishops called for the “absolute independence of the judiciary” and of all other commissions “only under the direction of Parliament”.

“In this way, genuine democracy can be restored in the country,” the bishops’ statement said.

The Rajapaksa dynasty has been in and out of government for decades, and three other members of the president’s family are members of the cabinet. That Associated Press reports that the family is not going down without a fight, is ordering troops to shoot at protesters who injure people or property, imposing a nationwide curfew and reportedly encouraging mobs of their supporters to take to the streets to fight with anti-government protesters.

In the same statement, the bishops urged everyone to “refrain from violence,” while appealing to the government to respect people’s legitimate rights to freedom of expression and movement.

“The tireless protests and demonstrations, especially by young citizens, which have led to addressing the need for a system change, must be acknowledged,” said the prelate.

They noted that the “failure of the system” had forced the entire population to clamor for “radical change”.