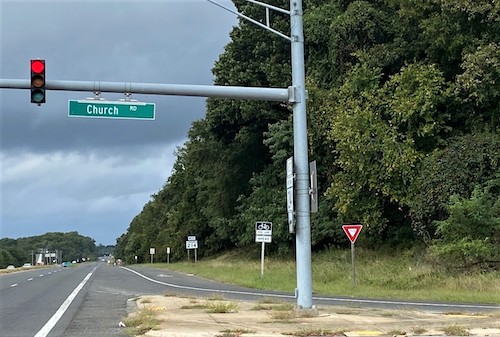 Prince George’s County residents, who live in an Upper Marlboro parish over 55 years old, are not pleased that future commercial projects could be built a mile away.

To do this, Six Flags America’s property on Central Avenue (Route 214) and Church Road in Bowie must be converted from residential suburbs to business parks.

It is part of a major pre-project to revitalize and conserve land in the Bowie-Mitchellville Corridor. A joint hearing will be held on October 4th with the Maryland-National Capital Park and Planning Commission and the county council members who sit as the county council to consider zoning and land use issues.

“The county is trying to create that density, but what about the empty storefronts that might be filled?” Said Phillippa Johnston, president of the Cameron Grove Community Association. â€œThe idea that you are building more when you have all these empty retailers makes no sense. People no longer go out and buy. You buy online. “

Johnston and others in the 733-unit residential complex of single-family homes and condominiums fear repurposing the land would increase traffic along the freeway with Watkins Park and Mitchellville in less than half a mile to the west.

The plan for the Six Flags wing aims to “support the development of maximum commercial potential”.

Along Central Avenue for over 20 acres west of Six Flags near the two plazas, the Velocity Companies of Greenbelt have a conceptual illustration for the construction of a mixed-use development called Mitchellville Town Center.

A sketch by two real estate firms, Republic Real Estate Group of Capitol Heights and KLNB, who have an office in northwest DC, shows four retail locations totaling 51,700 square feet. It also shows that it would be anchored by a grocery store, pharmacy, gas station with supermarket, and 302 housing units.

The plan touts the proposed project as the first new retail project in the Largo Bowie area in 10 years.

Cleveland Grant, who lives in Cameron Grove, spoke out against the proposal during a four-hour public hearing on September 13th.

Brandon Bellamy, CEO of Velocity, said in a statement Tuesday the company will “refine” the project.

“We are confident that we will arrive at a development proposal that addresses community concerns while meeting the retail and housing needs of our county and region,” he said.

Bellamy said in the statement that a “requested text change” will allow the company to further explore opportunities for the website.

After meeting with Cameron Grove residents last week, Davis released a statement Monday announcing his decision to withdraw the law.

“As an elected official, I believe that public debate is important and none of us should ever expect all of us to agree on everything,” he said. â€œIn line with this approach, I plan to retire [two bills] from the legislative process in order to offer further opportunities for social commitment. “

Cleveland Grant, a Cameron Grove resident and a member of his homeowners association, testified against Velocity’s proposal and criticized Davis during the hearing.

“Councilor Davis came up with this ordinance … so that Velocity Companies could step up the country,” he said. “Will the council allow a member to continue adopting a development that has hindered orderly growth for years, or will the council finally stand up and say: ‘We support them’ [rezoning] Plan we discussed and approved? ‘ We will not consider exceptions that lead to further urban sprawl. “

While studying at Bowie State University, I decided I would become a better writer and thought that writing for the school newspaper would help. I’m not sure how much it helped, but I enjoyed it so much that I decided to keep doing it, which I still enjoy immensely 20 years later. If I were not a journalist, I would be training youth basketball. Actually, I still play basketball or at least try once a week. My kryptonite is peanut butter. What makes me happy – to see my son and two godchildren grow up. On the other hand, a bad call from an official during a soccer or basketball game makes me throw up my hands and scream. My favorite foods are pancakes and scrambled eggs, which I could eat around the clock. The strangest thing that ever happened to me, or rather the most painful, was when I was hit by a car on Lancaster Avenue in Philadelphia. If I had the power or the money to change the world, I would make sure everyone got three meals a day. And even though I don’t have a motto or favorite quote, I keep laughing, which is keeping me from driving myself crazy. You can reach me in several ways: Twitter @jabariwill, Instagram will_iam.ford2281 or email, [email protected]

Not only the theory of suicide, the death of UP Mahant leaves even more questions unanswered