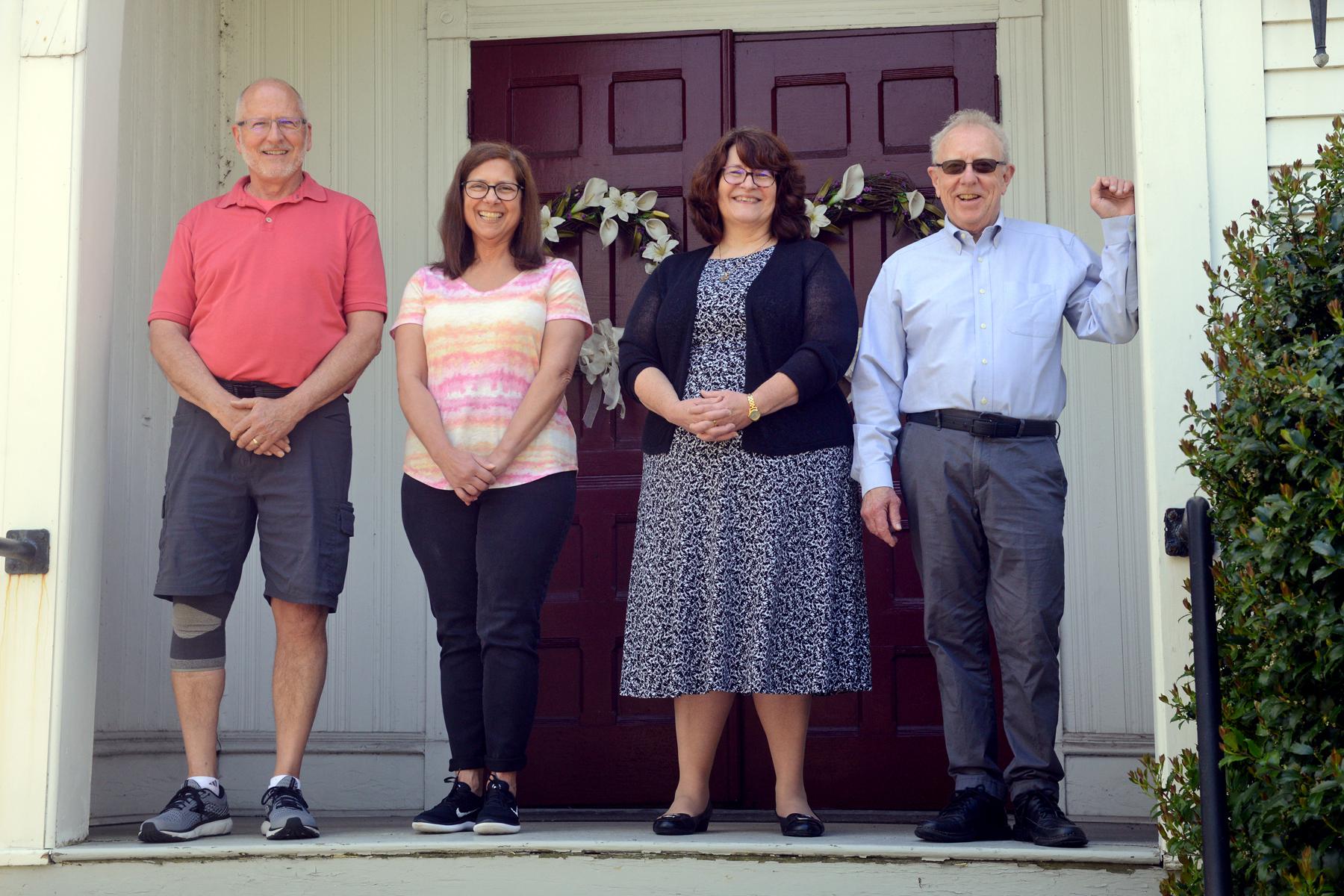 SHELTON — Refugees from around the world are pouring into the United States every day — but awareness has increased in recent months with the pullout from Afghanistan and Russia’s invasion of Ukraine.

Desperate as people leave the war-torn areas and start a new life in America, a Shelton-based church is stepping up to help — one family at a time.

Huntington Congregational Church across from Huntington Green created the Valley Refugee Resettlement Project and plans to work with IRIS (Integrated Refugee and Immigrant Services) to help a refugee family relocate to the lower Naugatuck Valley.

“We all agreed that during this time we felt a responsibility to help refugees,” said Robert Margolies, Shelton resident and co-chair of the project. “There are 25 million or more refugees in the world today, and only a small percentage find safe accommodation in a host country.”

The Valley Refugee Resettlement Project is calling on volunteers to help with this process and hopes to raise approximately $15,000. Rev. Lucille Fritz, pastor at HCC since 2009, said the project would need about 30 volunteers and the church would host a public information meeting Sunday at 1:00 p.m

IRIS representatives will make the presentation on the process and requirements. IRIS helps tried refugees and immigrants build new lives, regain hope and contribute to the vitality of Connecticut communities, Fritz added.

“We hope and believe this process will foster new collaborations and friendships throughout our community,” said Margolies, a licensed clinical and school psychologist and director of the Motivation Center — a private group practice serving children and families in Shelton and Derby.

“It should be fun and engaging for those who participate and a really worthwhile cause to help families in great need,” he added.

Seeing so many desperate people fleeing and knowing that they would find a home in America, she brought up the idea of ​​donating money to the church’s Generosity Committee.

This quickly grew into an appeal to help a family relocate to the Valley region. But given the congregation’s limited size, Fritz said, the Generosity Committee must expand its search for support to make the refugee family’s dream come true.

“We agreed to go on-site to see how best to do this,” said Margolies, who took the initiative and spoke to IRIS leaders to learn how to help a refugee family.

“It’s quite a complex process to raise a refugee family and help them support themselves, work, live in our community and become safe and happy members of our community,” Margolies added.

Margolies said IRIS explained that there is extensive screening and a long waiting list of refugees from around the world. USRAP, he said, authorizes volunteer agencies, which then work with local resettlement groups to ensure refugees can safely resettle in communities equipped with the necessary resources.

Margolies said he attended a mini-seminar with other residents who wanted to attend – and that’s where he met Richard Knoll, a former director at TEAM, Inc.

“It was late last summer, just after the American pullout from Afghanistan triggered such a large influx of refugees that I felt the need to act,” said Knoll, co-chair of the Valley Refugee Resettlement Project.

Knoll said he had already contacted both refugee agencies — IRIS in New Haven and the CT Institute in Bridgeport — but both were overwhelmed at the time.

In October, Knoll said he spoke at length with an IRIS representative, who explained their co-sponsorship model, which required 25 to 30 people and $7,000 to $10,000 to be successful.

“I started reaching out to local Rotary clubs and nonprofits,” Knoll said. “Everyone had their own concerns and agreed to help as part of their work, but couldn’t add another project. By December, IRIS was arranging Zoom meetings with several other interested parties in the Valley area, including HCC.”

Knoll said consensus was reached in February to begin a Valley project. Last month, the HCC agreed to sponsor the project after Fritz, Margolies and their church colleague Gordon Harris brought the proposal to their council.

“Each of us has identified friends and colleagues who have expressed an interest in helping,” Knoll said. “Our job will be to organize them – and recruit another 20 – into six or seven committees with different responsibilities including housing, transportation, education and basic needs.”

Responsibilities include receiving family; find and set up an apartment; connecting the family to local resources (like grocery banks and thrift stores); assistance in applying for local benefits; finding interpreters and educational programs; job seeking; Learning about the local transit system and offering rides.

“The model is a co-sponsorship model, not an adoption model,” Knoll added. “Once IRIS has certified that we have sufficient trained volunteers and resources to provide support for six months, we are eligible for deployment.

“Employment, combined with welfare and refugee assistance, will be enough to make the family economically stable within a year,” he said. “Cultural assimilation depends on the ethnic background and language skills of the family.”

Margolies said if this project is a success, the group hopes to help relocate one refugee family a year.

“We have to see how we do,” added Margolies.

The mighty machine that led Bongbong to victory