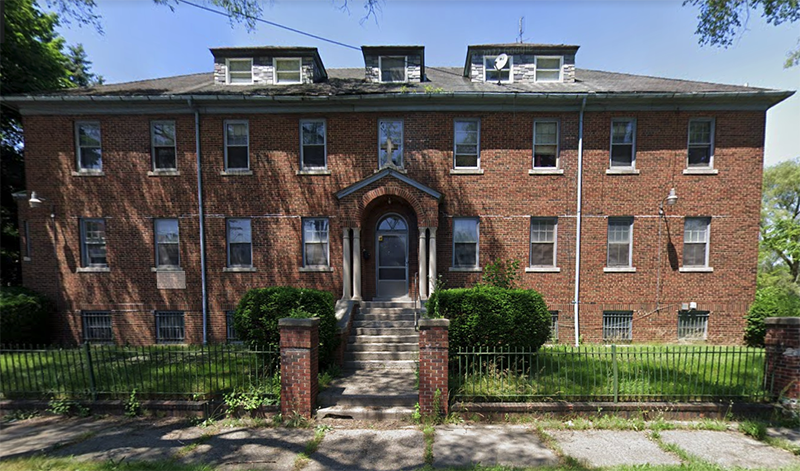 The Schwitz Detroit owners have acquired a former Felician Convent that served the Transfiguration Catholic Church and School for most of the 20th century.

The property is located at 13301 Mound Road in Detroit in the Church of the Transfiguration Historic District.

In the Banglatown neighborhood, which occupies both Detroit and Hamtramck, The Convent, as it is known, comprises four floors of usable space including more than 20 private rooms designed by independent practitioners in the fields of art, graphic design, massage, acupuncture, meditation and more.

“My wife and I were both raised by Polish nuns when we were young, so there’s already a lot of spiritual depth to this endeavor for us,” says Paddy Lynch, owner of Schvitz Detroit, which started as a city health club in the 1930s and has a bathhouse.

“We anticipate that over time, The Convent will take on multiple identities: an arts incubator, a wellness center, a gallery, a performance venue, and ultimately a community that supports and promotes the work of Detroit artists and healers. We believe artists and wellness practitioners are vital to the health and vitality of our society and aim to show their evolution in everything we do.”

Invest Detroit is funding the $300,000 purchase with an additional $100,000 for the Strategic Neighborhood Fund to meet community needs. It is the first project in Banglatown (the only neighborhood on the Detroit-Hamtramck border) to receive such support.

The common goal with Schwitz Detroit is to enrich and expand neighboring projects, such as the conversion of a school building into affordable housing.

The monastery holds an official open house in October. Until then, follow the development of the building at @convent_detroit.

Pride flag cut down from St. Mark’s Church in the Santa Ynez Valley