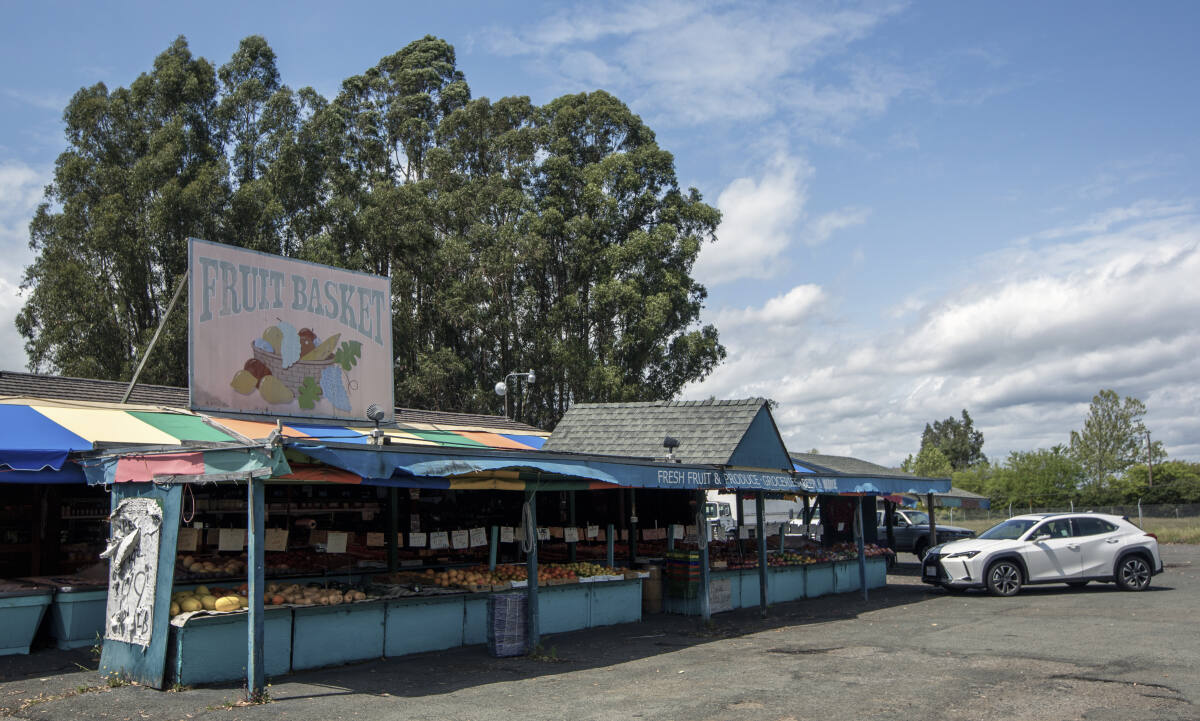 Ken and Stacy Mattson, who have made more than $120 million in Sonoma Valley real estate purchases over the past six years, have acquired three other notable local properties in recent months.

The properties at 802 Studley St., 24101 Arnold Drive and 23250 Maffei Road are now owned by the Mattsons’ Sienna Pointe LLC, which also owns their recently acquired properties, according to tax records Property of Salsa Trading Co.

Former owners Michael and Annie Cavanaugh have owned the property since 1996, where Cavanaugh’s Auto Care Center operated. The site is currently home to Gabe’s Auto Care.

The 208,652-square-foot lot at 24101 Arnold Drive is now known to Highway 121 commuters as the location of the Fruit Basket, the outdoor fruit and food stand located across from Cornerstone Sonoma’s marketplace. Cornerstone was acquired by the Mattsons in 2019.

The Fruit Basket property was sold to KS Mattson Partners LP for $5.5 million on August 2, 2021 and transferred to Sienna Pointe LLC of Mattsons on August 5, 2021, according to tax records. The site’s former longtime owner, Jack Metallinos, had put the property up for sale in 2019 for $5.5 million.

The Maffei Road property is best known as the former site of a poultry processing plant for Willie Bird Turkeys, founded by the late Sonoma Valley rancher William Benedetti. The Benedetti Trust sold the 330,630-square-foot property to KS Mattson for $2.5 million in April 2021; it was moved to Sienna Pointe in November.

The Schellville processing facility south of Sonoma has been idle since 2020, when the Benedetti family sold the Willie Bird business to the Diestel Family Ranch in Sonora for an undisclosed price, although the Maffei Road package was not part of that sale.

In response to an inquiry about what KS Mattson Partners plans to do with its newly acquired properties, a company spokesman declined to provide details.

“Ken Mattson and its affiliates typically do not release information about an acquisition until the proposed use of the project has been approved by the appropriate authorities,” said Lauren Jennings of Glodow Nead Communications.

The Mattsons’ other major purchases in 2021 include the Inn 2 Remember on West Spain Street, which they acquired for $2.4 million last July, and the former Salsa Trading Co. property at 20490 Broadway, which was acquired in October for $3.9 million.