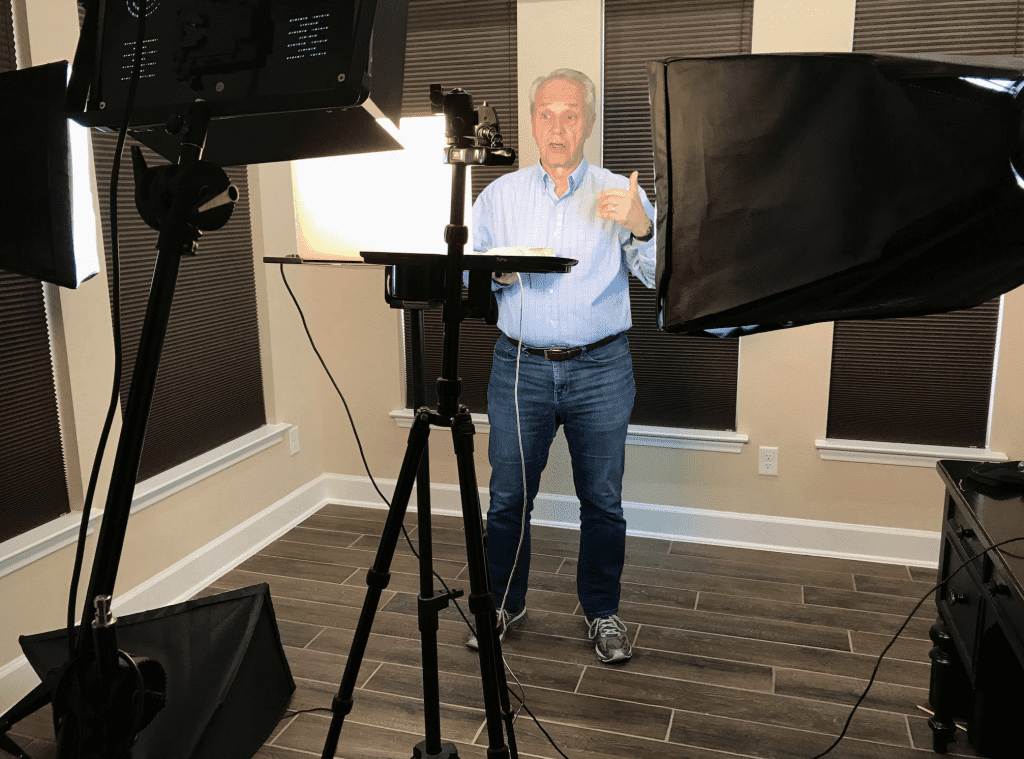 “When I started at COSBE [Conference of Southern Baptist Evangelists] in the early 1970s there were more than 200 members,” Tippit said. “Now it’s 62.”

“My heart is in reaching out to the unreached people of the world,” Tippit said SBC life. “As an evangelist, my heart burns to see revival among God’s people. … If we are going to experience revival, it is because God is at work deep in our lives.”

Tippit had been a Christian for four years in 1969 when he stood up at an evangelism conference and implored ministers there to reach out to youth in the exploding Jesus Movement.

This statement led to a pastor inviting Tippit to lead a youth revival at a church in Monroe, La. Only four youth gathered for prayer before the event, but within days the crowd grew beyond the church’s capacity and the city mayor offered the Monroe Civic Center free of charge during the unplanned second week of the revival.

God then sent Tippit to the crime-ridden area of ​​Chicago, a communist rally in Eastern Europe, Romania when it suffered persecution of Christians, war-torn Burundi, and Rwanda after the 1994 attempted genocide.

In 1999, Tippit preached in Addis Ababa, Ethiopia, where more than 300,000 people listened in four days in an open-air stadium. Two months later he was preaching in the Maracanã, the largest stadium in the world in Rio de Janeiro, Brazil. Tippit has shared the gospel in more than 80 countries over the past 50 years.

“It seems that doubt is the greatest enemy I face just before I preach the gospel: doubts about my abilities, doubts about the receptivity of the listeners, and doubts whether the technology will work,” the evangelist said. “But the moment I stand up and preach God’s Word, incredible faith wells up in my heart. God intervenes and enables me to speak with great confidence and authority. When I finish I am exhausted but in awe of all that God has done.”

From his earliest days as an evangelist, Tippit has used the latest technology. In 1970 there were stickers with catchy phrases: Real Peace is Jesus; One way: Jesus; Repent: Trust Jesus and others. He had flyers made to attract the attention of young people who were looking for meaning in their lives.

Tippit also had a knack for attracting attention, which resulted in radio, television and newspaper articles.

Then, in 2015, at the request of a pastor in India, he first used the computer app Skype to train new believers in an Indian church.

The effectiveness of Skype meetings four times a week for three weeks prompted Tippit and the longtime chairman of Sammy Tippit Ministries to “pursue technology and spread the gospel through technology,” the evangelist said.

In his 2018 autobiography, he used 51 QR codes for supplementary information. Outrageous: A reminder of dangerous beliefsone of the 18 books he wrote about God’s work. Run like a championpublished in 2011, discusses physical training that brings spiritual benefits.

Tippit developed three-minute devotional videos for a year in 2019, translated them into 13 languages ​​and published them on language-specific social media sites.

In 2020, he used the WhatsApp messaging application to distribute copies for Christian WhatsApp groups of two of Tippit’s video-based evangelistic sermons, each translated into 10 languages, to an audience of 10 million people in about 80 countries. A Christian TV station broadcasting in Iran also broadcast the videos to an additional audience of 6 million.

“I preach from my office every Tuesday in Italy and every Wednesday in Turkey,” Tippit said. “I usually preach in other countries three or four times a week. From these connections we are developing our Digital Bible Institute to train lay leaders in prayer, revival, evangelism and discipleship.”

If funding is reached, the Digital Bible Institute will begin operations next year, in 2023. The instructors will come from people from all over the world who have practical knowledge of the subject they teach.

“Pastors and churches can use this 21st century digital technology to advance discipleship and evangelism, especially in a world transformed by the recent pandemic,” Tippit said. “We know that millions of people have seen and listened to these messages. So we know there is a hunger there.

“We must remember that the new wave of immigrants to the US is coming from all over the world. So this training is not only beneficial for churches in other countries. I believe we can raise a new generation of evangelists in America who are multilingual.”

Sammy Tippit Ministries is creating tools to encourage churches to do the work of evangelism because Christians need to spread God’s love among their family members, friends, neighbors, co-workers and others with whom they come in contact, the evangelist said.

“If the churches don’t have a heart for evangelism, evangelists probably won’t come from those local churches, and they will be needed,” Tippit said. “So we are trying to equip and provide resources for evangelism. Our websites and applications offer 28 days of evangelism training and follow-up for new believers.”

However, technology is only a tool, the evangelist said. Prayer is the key to God’s work.

Prayer is the key

“Usually a revival, historically and biblically, comes on the wings of a person or a small group of people who are praying and desperately seeking Him and wanting Him to work in their hearts and in their lives,” Tippit said. “From my experience and from the Word of God, I believe that the only way God will visit His people in revival is when His people seek His face.”

A turning point came early in Tippit’s ministry, one morning on a hilltop overlooking the Louisiana state capital, when Tippit opened his Bible and, as a result, entered a self-imposed “prayer school.”

“When we see God moving and doing things, there’s a great temptation to forget what God wants above all else is a relationship,” Tippit said. “He wants fellowship with us. He wants us to retreat to that quiet place, to meet and get to know Him.

“More than He wants to do something through us, He wants to spend time with us,” the evangelist continued. “He wants us to have a place where we shut out everything around us – even the service we’re doing for him – and meet with him. If we are going to experience revival, it will be because God is at work in our lives.”

What will it take for the people of America, in these days of fear of crime, COVID-19, a crippling economy, and a crumbling dream of a better life tomorrow, to become desperate enough to ask God for His intervention?

“Then a great evangelistic harvest will come with the preaching of the word of God. The greatest harvests always come in times of revival, and revival always follows those who have prayed.”