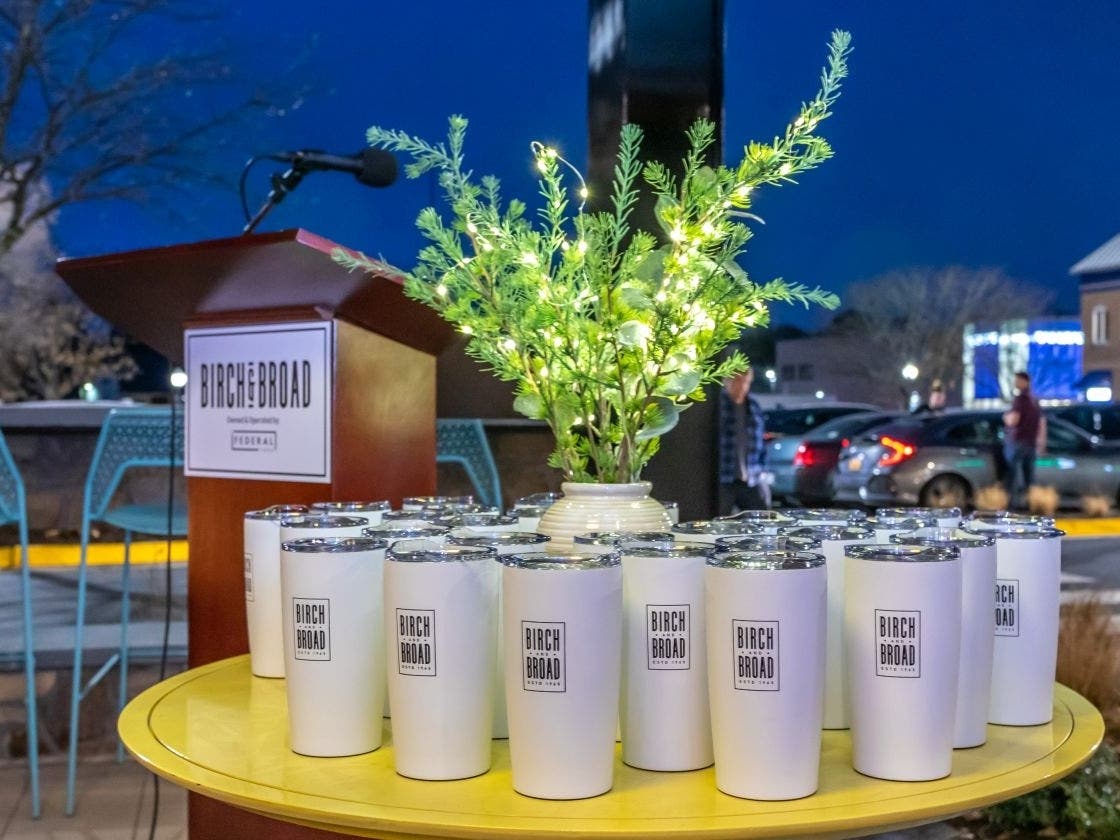 The renovation of the mall, owned by Federal Realty and formerly known as Falls Plaza, began almost a year ago.

“Birch & Broad’s renovation and rebranding has reinvented the center by providing appealing grounds that are appealing to both customers and retailers,” said Deirdre Johnson, senior vice president of asset management at Federal Realty, in a statement on Thursday.

Federal Realty is the longtime owner of the mall. It acquired the Giant Food side of Falls Plaza in 1967 and the east side of Birch Street, anchored by Staples and Road Runner Sports in 1972.

TIED TOGETHER: Falls Plaza is renamed Birch & Broad and renovated