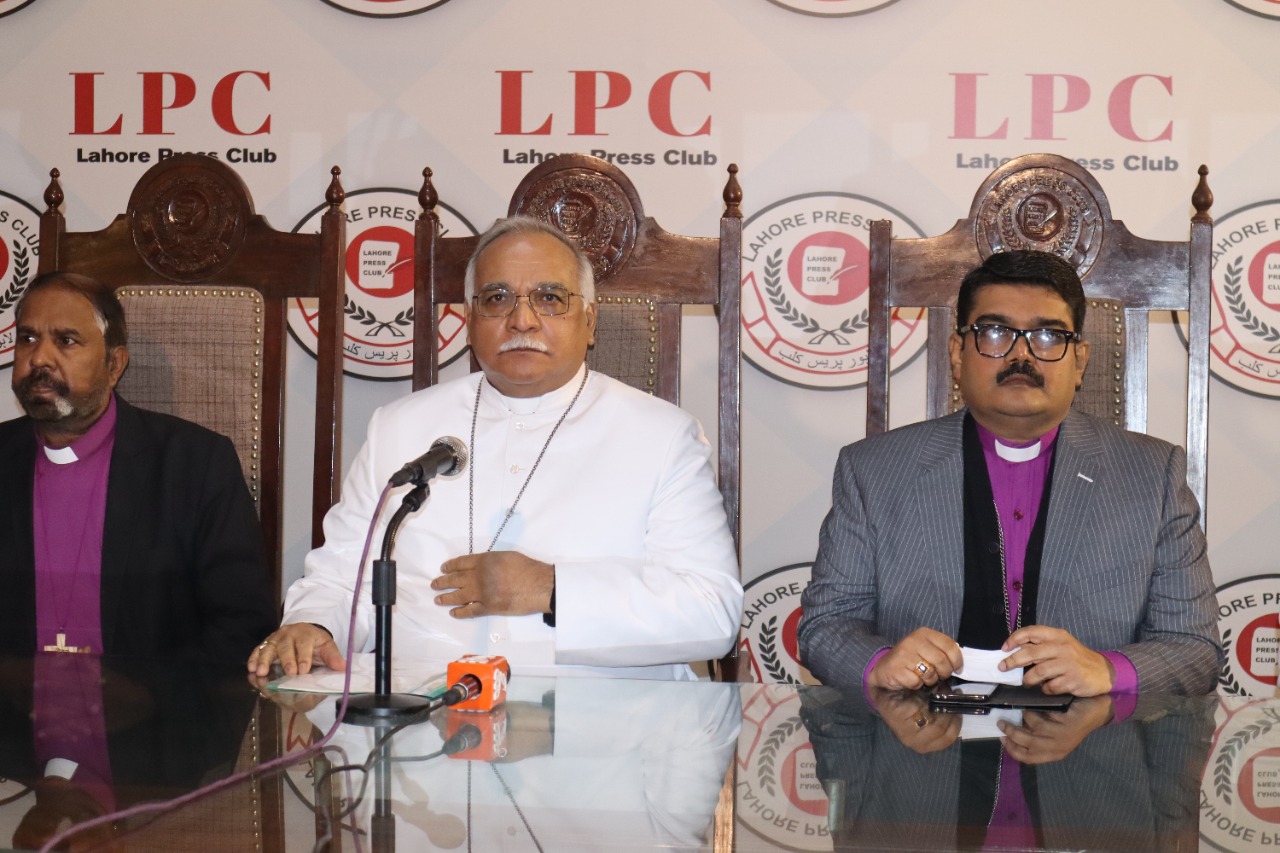 LAHORE: Pakistani church leaders on Tuesday called on the world community to take note of the increasing incidents of sectarian attacks on minorities in India, saying religious extremism is a threat to regional peace.

At a press conference at the Lahore press club, Church leaders, including moderator / president Bishop Dr. Azad Marshall, the Bishop of Multan Leo Roderick Paul, the Bishop of Sialkot Alwin Samuel and the Bishop Emeritus Manu Rumal Shah raised the international community to the persecution of Christians, Muslims and other religious minorities in India.

On the occasion, Bishop Marshall said the Pakistani church leadership was extremely concerned about the increase in attacks on Christians and other minorities in India.

“India prides itself on being the largest democracy in the world, but its brazen violations of religious freedom have exposed its claim to be a truly secular country,” he said.

He said that the U.S. Commission on International Religious Freedom in its latest 2021 report highlighted that the BJP-led government is promoting Hindu nationalist policies that result in systematic, persistent, and outrageous violations of religious freedom that result have a negative impact on non-Hindu religious communities. Including Muslims, Christians, Sikhs, Dalits and Adivasis.

“The attacks on religious minorities and the vandalism of minority places of worship, the passing of the 2019 Citizenship Change Act and the persecution of Christians under the guise of measures against religious conversion should be of serious concern to the world,” he said, adding to Der Abuse of policies such as the Prevention of Unlawful Activities Act and Financial Contribution (Regulation) Act enabled the Government of India to silence or prevent individuals and NGOs from reporting and combating religious persecution.

Bishop Marshall also called for the protection of minorities in Pakistan, saying that effective laws are needed to protect underage minority girls from sexual exploitation in the guise of religious conversion and marriage to their kidnappers.

â€œWe have repeatedly called for the end of child rape in the name of religious conversion and for the government to reconsider its decision to oppose the law against forced conversion. This is not a religious issue, it is a question of protecting the girl, â€he said, adding that the church leadership had provided the government with a list of the names of children allegedly kidnapped and forcibly converted to Islam in the past year Progress.

He also announced that the Church has set up a hotline that Christians can use to report their problems and get legal assistance.

Dealing with other issues facing the Pakistani Christian community, Bishop Marshall said that while the situation of Christians in Pakistan is much better than in India, the community faces many challenges that the government’s immediate attention is drawn to required.

â€œGrowing intolerance and abuse of blasphemy laws are also concerns. We are not calling for the law to be repealed, but there is no deterring false accusations. We are calling for the expansion of the laws that categorically require the state to punish false accusers of blasphemy rather than impose on the prosecuted, â€he said, reiterating that such cases will be investigated by a special task force made up of army officials.

The church leader also condemned the publication of discriminatory job advertisements seeking only Christians to fill positions of plumbing workers. â€œIt is extremely heartbreaking for the entire community and the government must end this practice. Our people have contributed a lot in health, education, defense and other sectors, but labeling Christians for sanitation only is quite daunting for the church, â€he said.

The church leaders also criticized the results of the 2017 census and called for the Christian community to be recorded transparently and thoroughly at the next census. They also called for a strict implementation of education and employment quotas for minorities in all state institutes and departments.

Bishop Leo Roderick called for the protection of community property from the land mafia. He said that by authorizing the provinces to issue NOCs, the government had opened a back door for such elements.

Bishop Samuel demanded that all missionary educational institutions nationalized in the 1970s be returned to the care of church authorities. â€œOur people have suffered a lot since our institutes were nationalized and it is important that we regain their custody of providing education to our community members. Nationalization led to the commercialization of education, which resulted in poor and vulnerable communities being denied quality, but affordable, education, â€he said.

The bishops also asked the government to facilitate registration with the economic department for receiving donations from abroad. â€œThe government classifies the church as an NGO, while it is a worshiping community that runs charity projects as a service to its members. We are working on the documentation process, but the suspension of funds has severely affected our charity and educational projects. We appeal to the government to take some relief until we can complete the process so that our core work does not suffer, â€they said.