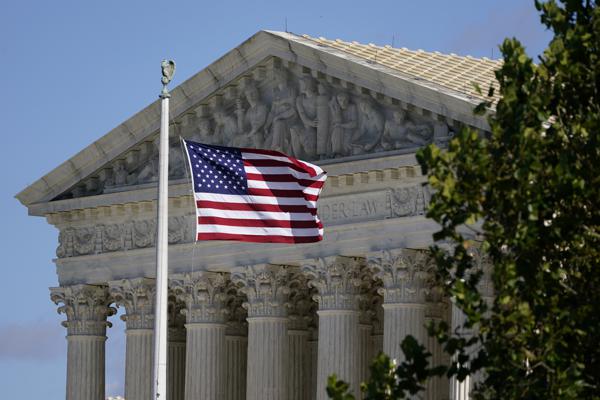 NEW YORK — Father Enrique Camacho’s grandmother died Feb. 2 after long battles with dementia and metastatic cancer. She didn’t receive Social Security (SSI) benefits and the family couldn’t afford a 24-hour nurse, so Camcho’s aunt quit her job and slept in the hallway next to her grandmother’s room for the past two years to provide nursing care.

Camacho’s grandfather, also deceased, was a World War II veteran who worked for the US Army at Fort Buchanan Military Base in Guaynabo, Puerto Rico, for more than 30 years. He did not receive any SSI benefits even in his senior years.

said Camacho core his family’s story to shed light on the need for people in Puerto Rico to receive SSI benefits and the hardships people go through without them after the Supreme Court ruled on March 21.

He said the nation’s Supreme Court’s decision was surprising and made him very sad.

“It is unconstitutional to provide benefits to some US citizens and not to others. The Constitution applies to everyone,” said Camacho, a lifelong resident of Puerto Rico and executive director of Caritas Puerto Rico. “We are people. We are families. We are suffering. It’s something really important, especially when you’re older and when you’re disabled, to get help.”

The program extends to individuals residing in any of the 50 states, Washington DC or the Northern Mariana Islands. An exception applies to the children of military members who are permanently on duty outside the United States and certain students who are temporarily abroad. It does not extend to residents of the other US territories, even if they are US citizens.

The Supreme Court had an opportunity on April 21 to change that and ensure that residents of Puerto Rico receive SSI benefits, but in an 8-1 ruling in this case United States vs. Vaello Madro — a case challenging the constitutionality of excluding Puerto Rico residents from the program — the judges decided to leave the decision in the hands of Congress.

Kavanaugh also argued that the court’s decision to the contrary would have “possibly far-reaching consequences.” He noted that Congress currently exempts residents of Puerto Rico from most federal income, gift, estate, and use taxes, and has not extended to them every federal benefit program, including SSI.

Therefore, Kavanaugh argued that if this decision were to go the other way, Congress would likely have to extend other federal benefits and programs to area residents just as those programs cover the states, which could prompt state citizens to dem to counteract and insist on federal income taxes being imposed on residents of Puerto Rico and other territories. This could “impose significant new financial burdens on residents of Puerto Rico, with serious consequences for the Puerto Rican people and economy,” the judiciary noted.

“Equal treatment of citizens should not be left to the vagaries of the political process,” argued Sotomayor. “Because Puerto Ricans do not have voting representation in Congress, they cannot rely on their elected representatives to eliminate the punitive inequalities that Puerto Ricans suffer from Congressional inequality.”

Camacho said part of the shock of the Supreme Court ruling was its 8-1 nature, especially considering the decision was about “humanity” and “mercy” and some of the judges who opposed the extension of the SSI benefits have chosen to be Christian or Catholic.

However, Camacho noted that since the decision ultimately rests in the hands of Congress, he still hopes that Puerto Rico residents will one day receive SSI benefits. He urges both Supreme Court justices and federal lawmakers to visit Puerto Rico and see for themselves the plight of the people.

“Every day I see many elderly people living completely alone in inhumane conditions,” Camacho said. “We see houses that are really dirty and they don’t have anything in the fridge, and when you see old people like that it’s hurtful and I see it a lot.”

“When they see what families are going through, they might change their minds because it’s not about a party or politics, it’s about giving people what they deserve because we’re a part of it,” he added .

The Biden administration has signaled its support for Puerto Rico residents receiving SSI benefits. With the ball in court, however, Camacho said the most important thing is that Puerto Ricans share the stories of themselves and their families.

Despite opposition, the proposed liquor store on Soutel Drive received the votes needed to waive it