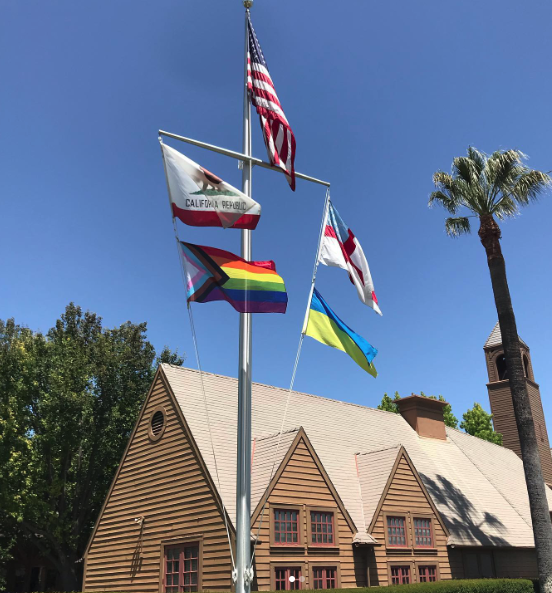 Pride flag cut down from St. Mark’s Church in the Santa Ynez Valley

SANTA YNEZ VALLEY, Calif. — Residents of Santa Ynez woke up Thursday morning to find that the Pride flag, which used to be flown high in front of St. Mark’s-in-the-Valley Episcopal Church, had been dropped overnight.

“The act of reducing this is an act of hate. We offer (St. Mark’s) our condolences and share our outrage with him,” Santa Ynez Pride said in an Instagram statement on Thursday. “This shows that even after all the progress in the Santa Ynez Valley, there is still a long way to go.”

Father Randall Day said it’s not about the flag being stolen, it’s about what the flag represents.

“Our intention in hanging the flag is to welcome everyone. The people who have done this are not in tune with the community and not with everyone,” Day told News Channel 3-12. “A flag is a flag, but it was obviously representative of many people in our community and in Santa Barbara County, and that’s our concern.

Many parishioners have shown their support for the church and the flag, with five to 10 people buying new flags for the church, Day said.

“Our response is to be strong and keep going,” he added. “We’re putting up another flag again.”

The Santa Barbara County Sheriff’s Office is investigating the incident, and Day said that Joan Hartmann, chief executive officer of the third circuit, has shown tremendous support for the church.