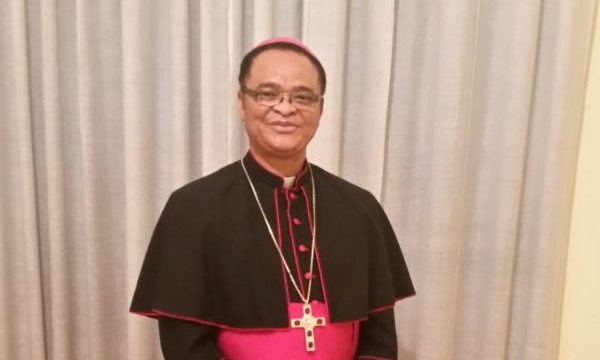 The Catholic Bishops’ Conference of Nigeria (CBCN) has stated that the best way to ensure security in Nigeria is through good governance.

The respected clergy therefore appealed to Nigerian leaders to ensure good governance is institutionalized and urged citizens to vote for credible politicians in the 2023 general election.

Archbishop of Owerri and President of the CBCN, Most Rev. Lucius Iwejuru Ugorji, stated this at the opening session of the 2022 CBCN Second Plenary Assembly at the Sacred Heart Pastoral Center in Orlu, Imo State.

Lamenting that Nigerians are going through what is perhaps the darkest chapter in the country’s history as a nation, the bishops added that extreme poverty, rising unemployment rates, rising inflation, a collapsing economy with an ever-mounting debt burden and deepening insecurity combined to address the plight of the average Nigerian who seems doomed to a life of unbearable hardship and undeserved misery.

“The country continues to bleed endlessly due to the godless activities of insurgents, bandits, militant herdsmen, unknown gunmen, kidnappers and trigger-happy security agents. It no longer seems safe anywhere. Homes, farmlands, markets, highways, places of worship and presbyteries have all been turned into kidnapping and killing fields,” they said.

The Catholic bishops, who lamented the slaughter of innocent citizens with cruelty and outrageous impunity by criminals who lack a sense of the sanctity of human life, said that, ultimately, it must be emphasized that the best way to ensure security is in it A nation is formed through good governance aimed at the common good.

“Good governance creates peace, which is the foundation of development and takes root when people’s dignity and rights are respected, when there is the rule of law; if citizens are not excluded from political participation; when there is an equitable distribution of national resources and people are free from hunger, poverty and unemployment.

“It is therefore an exaggeration of the obvious to observe that a lack of good governance leads to extreme poverty, unemployment, hardship, crime and violent conflict. In these difficult times, we must emphasize that the first responsibility any government owes its citizens is the safety of their lives and property.

“Nigerians have the right to live in a safe country. This is fundamental; everything else flows from it. After hefty annual security budgets and repeated government reassurances that it’s in control, our country is still plagued by insecurity.

“This is a shame. The government needs to wake up. Given that the government seems overwhelmed with our security, we encourage dioceses to take appropriate measures to increase security in our parishes, presbyteries and other church institutions We also urge dioceses and all people of good will to take seriously the upcoming 2023 general election,” the bishops said.

The Catholic Bishops therefore urged all Nigerians to prepare to share the values ​​of good governance based on the common good and to use their voices to elect people of unassailable integrity, who have the character, competence, capacity and have the track record of leading the nation out of the current economic downturn.

They expressed disappointment that increasing insecurity and the deteriorating economic situation in the country are leading to migration and brain drain of skilled and skilled workers who leave the country by the thousands each year in search of security, job opportunities and a better standard of living abroad. mainly in Europe, the United States and other African countries.

“Undoubtedly, the regular remittances of these migrants help alleviate poverty in the households they left behind and positively impact our national economy as a major source of inflow of foreign revenue. Be that as it may, the country is losing skilled and skilled workers who would have contributed to national development. This is only one side of the story.

“The other side of the story, which is more of a national disgrace, consists of thousands of young men and women embarking on perilous journeys across the Sahara into Europe in search of greener pastures. Some die along the way and are buried in unmarked graves.

“Others are trafficked for slave labor, sexual exploitation and organ harvesting. Many drown trying to cross the Mediterranean in rickety and risky boats. Those lucky enough to make it to their final destination end up in camps for asylum seekers, where they are subjected at times to inhumane conditions.

“Despite the combined efforts of the Police, Customs, Immigration Services, the Network Against Child Abuse and Labor (NACTAL) and the National Agency for the Prohibition of Human Trafficking (NAPTIM) to combat human trafficking in Nigeria, traffickers are having a big day. This despicable modern day slavery is booming because it has become a lucrative business and also because of the high level of corruption that underlies it.

“Out of desperation to escape extreme poverty and to support their poor families financially, some young girls, with the support of their parents, volunteer to be trafficked into prostitution, unaware of the extent of exploitation and dehumanization they are subjected to awaits them,” said the bishops.