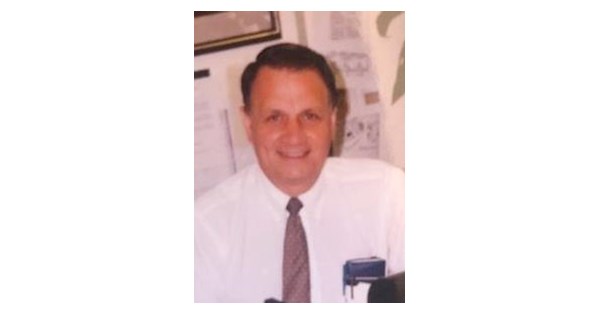 The only son of the late Russell Marvin Kendrick and the late Rose Marie Kouba Kendrick, Melvin was a native of Baltimore, Maryland and later resided in Hornell, New York. He went to meet the Lord on January 12, 2022. Melvin was born on November 14, 1932 at Johns Hopkins Hospital in Baltimore, Maryland and attended the Baltimore public school system. He also became a member of Boy Scouts of America, Troop 96. He served as Den Chief for a group of Cub Scouts. He achieved the rank of LIFE Scout by earning nineteen (19) badges of merit before attending college in North Carolina. He received his graduate education from Baltimore Polytechnic Institute, Wake Forest University, with specialty courses at North Carolina State College and the University of Baltimore. In addition, he has been a Diplomat for “Surveying and Mapping”, “Civil Engineering”, “Plumbing” and ICS Scranton, PA. He volunteered for the Submarine Service (USNR), which sparked a lifelong study and interest in naval history. He has visited submarine memorials in Pearl Harbor, HI, Cleveland, OH, Hackensack, NJ, San Diego, CA, and other locations. In his later years, as a member of the US Naval Institute, he collected many submarine stories and images. He received a Presidential Appointment and served in the position of Local Draft Board Member, Maryland Local Board No. 35, and performed his duty as prescribed by the President of the United States by July 29, 1991. Mr. Kendrick also received a Certificate of Appreciation of Five Years of Loyal and Faithful Service in the Administration of the Selective Service System, dated September 23 1990. After graduating from college, he was employed by William M. Maynadier, County Surveyor for Baltimore County, MD, Eugene Dietzgen Company (New York City), Matz Childs and Associates Engineers (Kidde Consultants) (Towson, MD), and eventually as a field project engineer at the John F. Feezer, Jr. Company, a bridge construction company (Relay, MD) before retiring in 1999. His surveying and engineering work has included work on many civil engineering projects including: the John F. Kennedy Maryland Interstate Highway I-95; Interstate 77 in West Virginia; Logan International Airport in Boston, MA; design work in Florida, Mississippi and Maryland; design and construction supervision for water, sewage, reservoir and pumping station works in many Maryland communities; long-term design and construction supervision of Northeast River Advanced Wastewater Treatment Facility, Cecil County, MD; Design work at the Hog Hill Landfill, Cecil County, MD. Mr. Kendrick also performed many rights of way acquisitions and design work for the Washington Suburban Sanitary Commission as well as the Bell Atlantic (Verizon) Telephone Company throughout Maryland and Delaware. He also carried out construction planning for many residential complexes and residential areas. In later years he was actively involved in sourcing engineering services for Kidde Consultants, Hunt Valley, MD. His professional memberships included: American Society of Civil Engineers, Maryland Society of Civil Engineers, and the International Right of Way Association. In addition to his civil engineering work, he owned and managed many rental properties in Maryland and New York. He was also a member of the Steuben County Landlords Association, Bath, NY. Mr. Kendrick worked full-time in later years maintaining his properties, improving his properties and assisting deserving tenants in acquiring their own homes. He mentored several employees in learning construction and management skills. He served with great humility as a deacon and lay leader member of the Colonial Baptist Church, Pikesville, MD, and as a historian and member of the Valley Baptist Church, Lutherville, MD. After moving to Hornell, he later served as moderator of the Board of Deacons at the United Presbyterian Church in Hornell, NY and was a “faithful participant” at Hillside Baptist Church, Hornell, NY for many years. Mr. Kendrick and his late wife Millie and son David owned horse training and farming facilities and bred horses in both Maryland and upstate New York for many years. Melvin enjoyed spending time with his family sailing and family recreation. He enjoyed his children, grandchildren and great-grandchildren and was extremely happy and proud to be pursuing their education and life goals. He also enjoyed spending time reading all kinds of books, especially biographies and military histories, and maintained his personal library of over a thousand books. He was deceased by his best friend and beloved wife Millie, to whom he was married for 49 years, 10 months and 15 days, who died in February 2002. Melvin had married the former Mildred Frances Brabham on April 12, 1952 at Belvedere Baptist Church, Baltimore, MD. He is survived by one son, David Winfield Kendrick (Laurie) of Hornell, NY; two daughters, Lydia Anne Kendrick Cress (Mark Fedoruk) of Westminster, MD and Laura Lee Kendrick Leedy of Westminster, MD; three sisters, Phyllis R. Hensley of Florida (Ken), Carolyn L. Kendrick Frantz (Bob) of Ocala, FL, Alice E. Wood (Fred) of Millsboro, DE; five grandchildren, H. Paul Cress of Westminster, MD, Wesley Cress (deceased), Alissa Harington (Bob) of Westminster, MD, Iris “Katelyn” Leedy of Westminster, MD, and Dr. Bethany Leedy of Westminster, MD; four great-grandchildren Austin, Anna (David O’Brien) and Aubrey Harrington and Ava Cress; and Addison O’Brien’s great-great-granddaughter, special friend and companion Diana Hovorka, and many other relatives. In later years Melvin met his future partner Diana Hovorka, also widowed, and together they traveled the world extensively, cruising many waters. A highlight of his trip was visiting his family’s ancestral home in Baltimore, County Cork, Ireland. Memorial services for Mr. Kendrick will be held at 12:00 p.m. on January 29, 2022 at the Eline Funeral Home in Reisterstown, MD, followed by a burial in the KENDRICK family cemetery at Druid Ridge Cemetery, Pikesville, MD. The family visit will take place on Friday, January 28, 2022 at 3-5pm and 7-9pm at the Eline Funeral Home. Mr. Kendrick leaves this message for those who read this obituary: “May you all seek God and may he be with you always. I look forward to being in heaven with you and Millie.”

Published by the Carroll County Times on January 23, 2022.

To plant trees in memory, please visit the sympathy shop.

Minimum wage rise ‘long overdue’ but will it be enough to live in Hawaii?