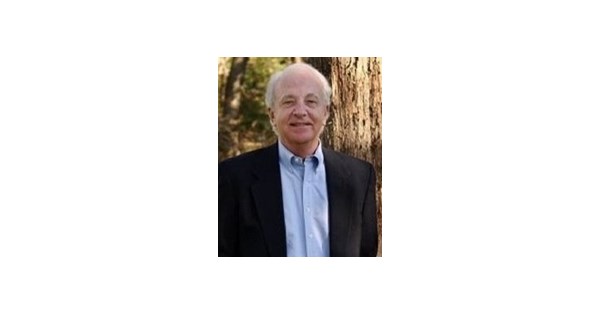 By Staci P. Campos Last updated Apr 9, 2022
Share
Charles Reese Pittman
October 2, 1948 – April 4, 2022
Charlotte, North Carolina – Charles Reese Pittman, 73, died peacefully in Charlotte on April 4 of complications from abdominal surgery.
Charlie was born on October 2, 1948 in Tifton, Georgia to Dr. and Mrs. Carl S. Pittman, Jr. born. He spent an idyllic childhood in this small rural community in South Georgia, where his father and grandfather taught him to hunt and fish, and where they spent many unforgettable days together in the fields or on the water.
His summers were filled with working on local farms, picking tobacco or vegetables, and mowing neighborhood yards. Charlie worked hard to ensure he was remembered as “the best slingshot in the county” and could hit a pinecone at 20 yards on almost every shot.
Charlie attended high school at Georgia Military Academy in Atlanta until the end of his junior year. During his time at GMA, he excelled in academics, officer training and tennis. He successfully competed in the Georgia State Tennis Championships for two years. He returned to Tifton in his senior year in 1966 to graduate from Tift County High School with his best friends.
Charlie attended the University of Georgia where he received his Bachelor of Science degree in Journalism with a major in Advertising and Public Relations and attended the ROTC. After graduating in 1971, he joined the Army where he was promoted to the rank of second lieutenant infantry and trained with the Army Rangers and Airborne Parachute Units.
After active military service, Charlie moved to Charlotte to pursue his career with Jefferson Pilot Broadcasting Corp. and especially to start with WBTV. At Jefferson Pilot Broadcasting, Charlie quickly rose to senior management positions. During his 34 years with the company, Charlie served as General Manager of several Jefferson Pilot broadcast marketing companies in Charlotte and San Francisco before retiring from Jefferson Pilot Sports. Here he was the driving force behind the formation of ACC Properties, which consolidated and managed all marketing for the Atlantic Coast Conference championship events, and was the founding CEO of the company.
In 1975, Charlie met the love of his life and soon after married Mallery Knee of Charlotte. Their marriage was a wonderful 43-year love story until her untimely death from cancer in 2017.
Charlie and Mallery had two children, Claire and Reese, and four grandchildren. Charlie and Mallery were immensely proud of their children and grandchildren and loved being with them as often as possible.
An avid outdoorsman, Charlie spent much of his retirement hunting and working on his farm in Chester, SC, which he named Sweetwater. He and Mallery enjoyed many blissful days there, wandering through the woods and holding hands on the deck. Some of Charlie’s most valued friends were those he hunted with. They could spend hours reminiscing about their hunting and fishing trips and who got the luckiest of the season.
Charlie continued to pursue his creative and business passions in retirement. He wrote and nationally published a historical novel, Ten Cent Bill, based on the true story of an extraordinary man who grew up as a pre-war slave in Georgia. He was honored when Buckmasters Magazine, a leading national outdoor publication, purchased an article he wrote for its main cover story. The article was so popular that Buckmasters selected it as one of the 20 best stories of the decade and published it in a sold-out book.
Charlie also built a successful online retail business called Cabin & Lodge, selling rustic furniture and accessories.
Shortly before his death, Charlie wrote in a letter to his children that he had lived a fairytale life and treasured every minute of it. He loved his career and couldn’t wait to get to work every day. But he said his most significant moments were the day Mallery agreed to marry him and when Claire and Reese were born.
Charlie leaves behind his brother Dr. John Pittman (younger Mattox), his sister Alice Pennington, his daughter Claire Pittman Roberts (Taylor Roberts and their children Tavener and Emory), and his son Daniel Reese Pittman (Kirsten Valle). Pittman and their children Shepard and Wilkins).
A memorial service and reception will be held on May 6, 2022 at 2:00 p.m. at Myers Park United Methodist Church. Funeral services will be held at a later date at the historic Hungars Presbyterian Church on Virginia’s east coast, the second oldest church in the United States, where Mallery is buried along with numerous generations of her family.
Contributions to commemorate Charlie can be made The Michael J. Fox Foundation for Parkinson’s Research in honor of his first cousin Sam Moore of South Hill, Virginia and his very close friend Terry Lisenby of Charlotte.
Donations can be sent by post to: donation processing, The Michael J Fox FoundationPO Box 5014, Hagerstown, MD 21741-5014
The arrangements are in the care of Kenneth W. Poe Funeral & Cremation Service, 1321 Berkeley Ave., Charlotte, NC; 28204 (704) 641-7606. Online condolences can be shared at www.kennethpoeservices.com.

Published by Charlotte Observer on April 10, 2022.