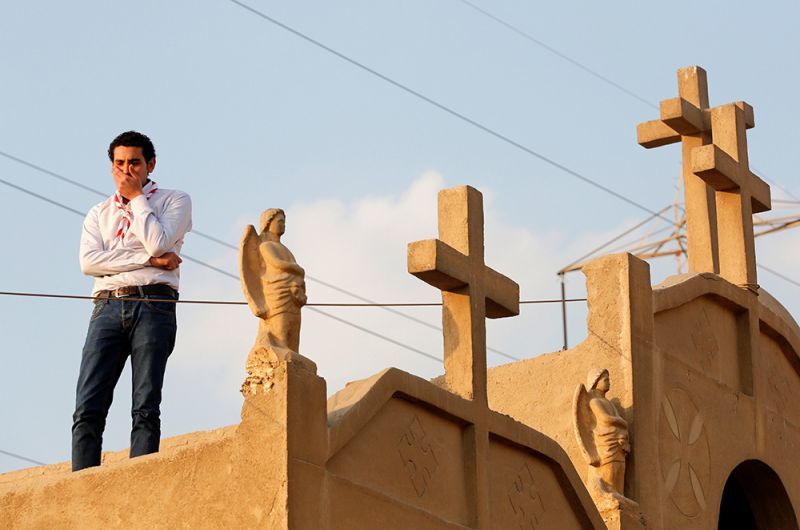 Outraged by the newly-obtained formal legal recognition of a church in Egypt, Muslims en masse attacked and damaged the homes, businesses and vehicles of many Coptic Christians, a follow-up watchdog said.

The US-based group International Christian concernreported this week that Muslim mobs were destroying property belonging to Christians surrounding the Church of Archangel Michael.

In the June 23 violence, Muslim mobs threw stones through the windows of houses and set fire to buildings and vehicles, even though security personnel were stationed in the area to protect the church, ICC said.

Local Christians have been waiting for years for legal approval of the church, originally built in 2003.

“Throughout the process, Muslims in the region have denied the legitimacy of the new church, claiming that building or restoring a church is contrary to Islamic law. That Terms of Omar, believed to have been written by Caliph Omar I, is an Islamic text to which they refer. The text dictates that churches should never be built or repaired and that Christians must be content only with existing churches,” ICC said.

Established in January 2017, the Committee for the Legalization of Unlicensed Churches, made up of Ministers for Justice, Parliamentary Affairs, Local Development and Housing and representatives of local authorities and Christian communities, has legalized more than 1,600 churches in the Muslim-majority state.

However, opposition to the churches from local Muslims remains.

The Copts, who make up about 10% of Egypt’s population, are the descendants of a long line of ancient Egyptians who later converted to Christianity in the early first century. according to Encyclopedia Britannica.

According to the persecution watch organization Open Doors USA, Egypt is among the 20 worst persecutors of Christians in the world.

Incidents of persecution of Christians in Egypt range from harassment of Christian women in the streets to Christian communities being driven from their homes by extremist mobs, the group says says on his website, adding that Christians are usually treated as second-class citizens.

The Egyptian government speaks positively about the Egyptian Christian community. Still, the lack of serious law enforcement and local authorities’ unwillingness to protect Christians leaves them vulnerable to all kinds of attacks, particularly in Upper Egypt, she explains.

“Due to the dictatorial nature of the regime, neither church leaders nor other Christians are in a position to speak out against these practices.”

Churches and Christian NGOs are limited in their ability to build new churches or run social services, she adds.

“The difficulties arise from both government restrictions and communal hostility and mob violence.”

Even senseless assassins can get lucky once in a while