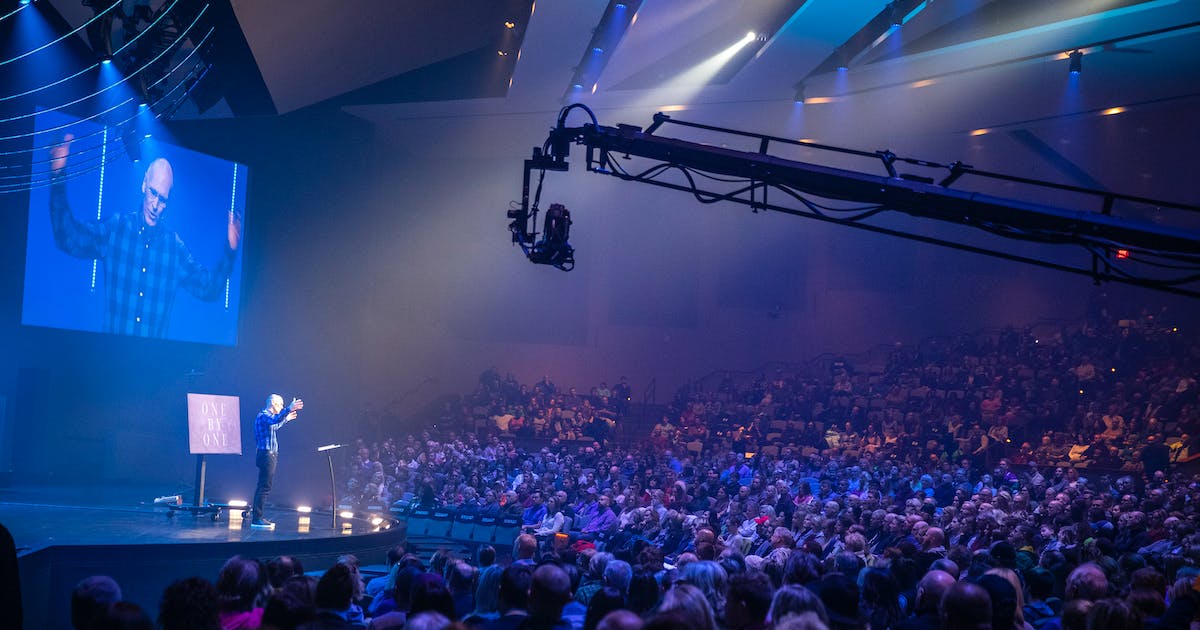 The largest church in Minnesota plans to build its 10th campus in the greater Minnetonka area, despite opposition from residents who don’t want a megachurch in their neighborhood.

Eagle Brook Church leaders are proposing a 60,000-square-foot church on the site of a vacant retirement home near a wetland on Wayzata Boulevard west of Interstate 494. The 19-acre development would include a 1,200-seat auditorium and a two-story, 550-space parking garage.

an online petition Opposition to the church’s plans drew nearly 400 signatures in less than 24 hours after a virtual meeting hosted by church leaders this week and attended by dozens of concerned residents, including Kristen Gildemeister.

“It’s not about the church,” she said. “It’s the size and volume of traffic and displacement of wildlife.”

Gildemeister and neighbors Greg and Ginni Greffin, who have lived in the neighborhood for more than 20 years, fear the proposal is moving too fast for local residents, who only found out about the project in the mail last weekend.

“People live out here because they like the wildlife and it’s quiet,” Ginni Greffin said. “We hope that the city doesn’t go too far. We were shocked when we found out about it.”

Gildemeister, who has lived in the neighborhood for a decade, said deer and herons are common in the area. If Eagle Brook wants to grow, she said, “more power to her” — but her neighborhood isn’t the place.

The redevelopment proposal and concept plan, which the Church first shared with city officials in November, will be presented to the Minnetonka Planning Commission on February 17.

City Councilman Brad Schaeppi, a real estate agent and attorney who represents the area on the council, said Eagle Brook “first needs to hear what the community thinks about the church’s proposal.” He said the church has not yet made a formal request.

The main entrance to the Minnetonka site would be off Clare Lane, a residential horseshoe-shaped street. According to the Church’s proposal, it would allow people to direct traffic during rush hours. The two-storey car park is needed “to accommodate the capacity determined from historical data”.

“We’re worried about the traffic,” said Ginni Greffin. “It’s not meant for that. It’s a small street with a dozen neighbors… It’s not the place for a huge structure.

When Eagle Brook made a similar proposal to build a campus in Corcoran in 2020, residents pushed back with 1,200 signatures petition against the project. Corcoran Mayor Tom McKee said the City Council rejected the proposal after “a fairly large flood of people wanted to voice their concerns.”

“The big concerns were the size, the scope, and the location and how it would fit in,” McKee said.

The roots of the evangelical church are in White Bear Lake, where a small congregation called First Baptist Church was founded in 1948, according to Eagle Brook’s website. The community built a second location in Lino Lakes in 2005, followed by another in Spring Lake Park in 2007.

Since then, five more locations have been added in the metro area — Anoka, Blaine, Ham Lake, Lakeville, and Woodbury — and the church expanded to Rochester in 2019. Another location will be added later this year at the former Menard’s in Apple Valley.

Eagle Brook provides a live video service from its Lino Lake campus to its outlying campuses on Saturday nights and Sunday mornings. The church is currently holding mobile Sunday services at Wayzata High School in Plymouth, Eagle Brook spokeswoman Karianne Langfield said it will close once a permanent subway location is established in the West.

“We’re grateful that we were able to hear residents’ concerns … so we know how to use due diligence to determine how to get a site like this working,” Langfield said.

6 reasons why a personal loan is ideal for debt consolidation

A vacant church in West Amwell could become a marijuana farm