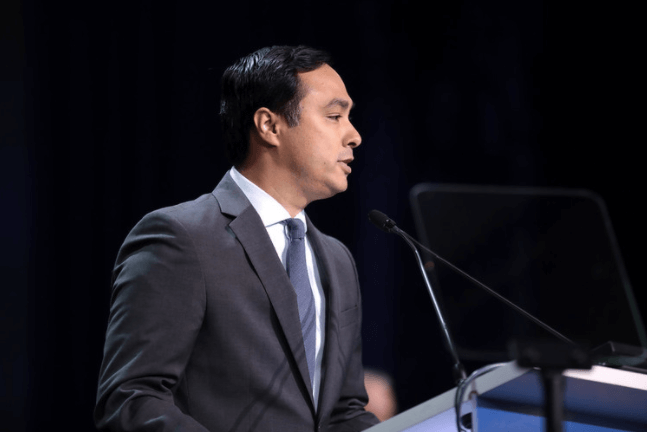 Last Friday, led by Reps Joaquin Castro (D-TX) and Gus Bilirakis (R-FL), eight members of Congress sent one bipartisan letter to Foreign Minister Antony Blinken, who said his “[deep concern about] the increase in attacks on the Christian community in Jerusalem.” Members of Congress called on Blinken and Rashad Hussain, Ambassador for International Religious Freedom, “to work with the Israeli government to uphold its stated commitment to freedom of religion and religion for all religions and to hold accountable the radical groups who do this, engage in ongoing attacks on Christian clergy and the destruction of church property.”

“The actions of radical groups, which can operate with impunity,” the letter said, “directly threaten the religious freedom of the Christian community in Jerusalem and undermine the rich history of interfaith cooperation within the city.”

Representatives gave several examples of the violence, citing December 2021 Explanation by the patriarchs and church leaders in Jerusalem, in which church leaders “deplored countless incidents of physical and verbal attacks on priests and other clergy, attacks on Christian churches where holy sites are routinely vandalized and desecrated, and ongoing intimidation of local Christians.” Just free to pray and go about your daily life.”

The letter continues: “The decline of the Christian presence in Jerusalem is not only a blow to religious freedom, but also has humanitarian consequences. Utilities organized under the auspices of the Christian Churches in Jerusalem meet the medical, educational and humanitarian needs of many disadvantaged people, regardless of their religious affiliation, throughout Israel, the Palestinian Territories and Jordan. If the radical groups succeed in expelling the Christian community, many of these programs will no longer work.”

Members drew Blinken’s attention to Christian tourism in the Holy Land, which “generates $3 billion in revenue for the Israeli economy and demonstrates the significant financial contribution to Israel of the Christian community in Jerusalem, despite their small numbers.”

Requested to reply to the letter, Jonathan Kattab, international human rights lawyer and executive director of Friends of Sabeel North America, said: “In the past, Israel has tried to take a secular stance when asked about religious hostility. In response to Islamophobic or anti-Christian violence, the state would say: “We are for freedom of religion and free access to the holy places.” But there has been a shift to the right in Israel. Extremists have become mainstream, part of the government. Many now claim that Jerusalem is a Jewish city, that Jews have the right to rule life in Jerusalem. In this way, violence is not viewed as a religious act of enmity against Christians and Muslims; it is instead seen in terms of nationalism and Jewish sovereignty over the city.”

Accusing that extremist groups “are able to act with impunity,” congressional signatories may have had the change in the Israeli government described by Kuttab in mind.

In reply to the letter Churches for Peace in the Middle EastKyle Cristofalo, Senior Director of Advocacy and Government Relations for , said: “We are grateful to MPs Castro and Bilirakis for leading this critical letter, and to all members who have joined. The actions of radical Jewish settler groups against Christians in Jerusalem, including the recent seizure of the Greek Orthodox Little Petra Hotel, directly threaten the long-term existence of the Christian community in the Holy Land. Attacks in recent months against Christian clergy and Muslim worshipers at Al-Aqsa Mosque violate the status quo and must stop immediately.”

Signed by Representatives James McGovern (D-MA), Andy Harris (R-MD), French Hill (R-AR), Anna Eshoo (D-CA), Jackie Speier (D-CA) and Nicole Malliotakis (R-NY). ) alongside Castro and Bilirakis, the letter ends with this request: “We ask you to work closely with colleagues in the Israeli government to ensure that Jerusalem is a place where Christians, Jews and Muslims can pray freely and without fear of attack . ”

So where are the Palestinian voices in the mainstream media?

mondo white covers the full picture of the struggle for justice in Palestine. Read by tens of thousands of people each month, our truthful journalism is a vital counterbalance to the propaganda that passes for news in mainstream and legacy media.

Our news and analysis is available to everyone – that’s why we need your support. Please do your part so we can continue to raise the voices of those who fight for the right of Palestinians to live in dignity and peace.

Palestinians are fighting for their lives today while the mainstream media turns their backs on it. Please support journalism that amplifies the urgent voices calling for freedom and justice in Palestine.