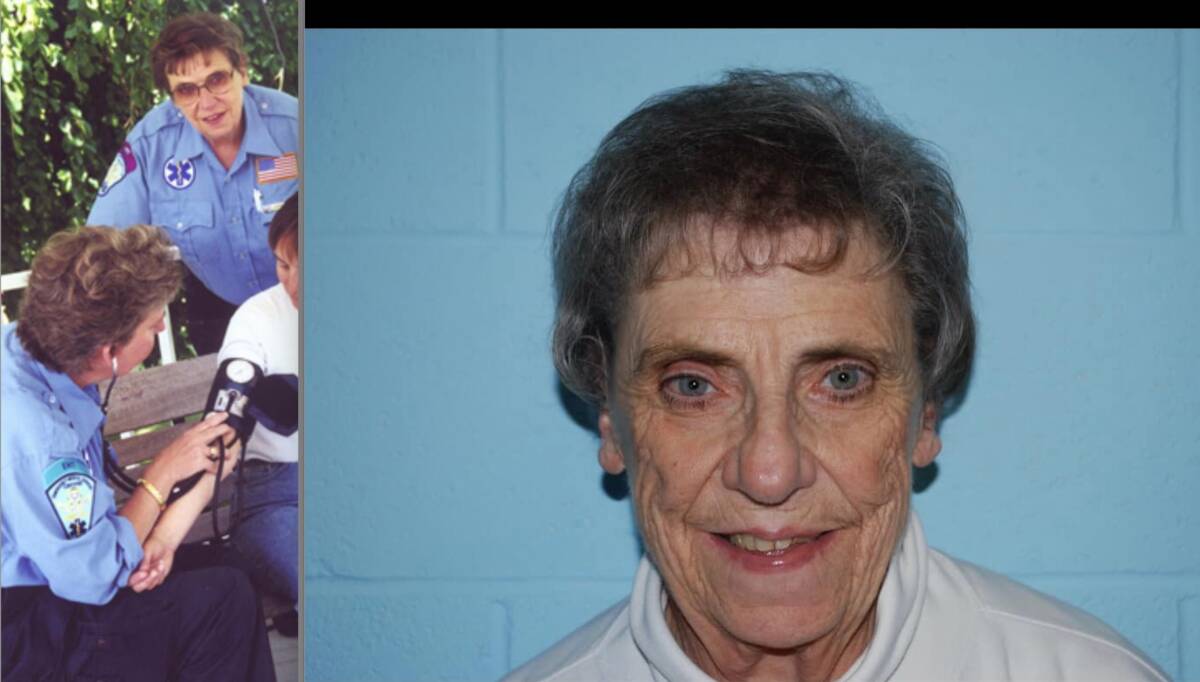 MONROE, CT — Elaine Organek has spent her life helping others, whether that be through church groups in St. Jude Parish, as an EMS volunteer, as a nurse, or finding new homes for clients in her role as a realtor.

“May God welcome Elaine home and bless all of her contributions to her church and this city,” wrote Ellen Stevens, a St. Jude volunteer, in an email announcing the sad news.

On February 27, the Monroe Volunteer Emergency Medical Service honored Organek with a memorial Facebook postwho said the organization was sad to announce her death:

Elaine began her ministry in 1990 and has volunteered for the community of Monroe for over 30 years. A key member and a familiar face to many in town, she worked countless shifts, performing PPD assessments for members, running blood pressure clinics, assisting with CPR classes, and enjoying coaching new members. She was always there for special occasions and all of our social activities. We extend our condolences to her family and friends. Keep calm, our good friend – we’ll take over from here.

A new job just before Christmas

John Brenna, Chairman of the EMS Commission, has known Organek for 35 years. His late wife Margaret, herself a longtime EMS volunteer, worked at Organek on a voluntary basis.

“She was very personable, very helpful, and a very kind person — very personable,” Brenna said. “She had a very nice demeanor that made her very successful as a volunteer. She would get people to take things easy.”

Brenna said Organek started a group in St. Jude Parish to help the unemployed find employment. When she asked Brenna to be a guest speaker, he readily agreed and did so intermittently for five years. Brenna shared tips on writing a resume, giving an elevator speech, and presenting at a job interview.

He recalls a group meeting in the early 1990s, two weeks before Christmas, when a 53-year-old man who had been unemployed for two years attended. “He said, ‘I don’t even know why I’m here. Nobody wants to hire someone over 50. My wife made me come,’” Brenna recalled.

At the time, Brenna was President of a major manufacturer and distributor of mammography imaging systems in Danbury. The man told Brenna he was doing electronic test assemblies.

“I lit up like a lightbulb because we needed these people,” Brenna said. “I didn’t tell him I was the president. I just gave him the number of the hiring manager.”

Brenna said the man was hired three days before Christmas and was very grateful. “He wrote Elaine the most beautiful letter. She was almost in tears,” Brenna said.

According to Brenna, Organek’s group had access to recruitment firms and employment agencies, and brought people with an understanding of what jobs were available in Connecticut, from retail positions to corporate executive positions.

“We’ve actually helped a lot of people get jobs,” he said. “It was very enjoyable.”

Stevens said her husband was also involved in the job networking group with Organek. In addition to that group, Stevens said Organek is very involved in the Rite of Adult Christian Initiation, which is intended for people who decide to join the Catholic Church as adults.

“Elaine was a long-time Eucharist at St. Jude,” Stevens said.

Whenever the Monroe EMS attended a community event, Elaine Organek was there. In this photo from the MVEMS Facebook page, Organek wears an orange shirt.

Kim Cassia, the city’s director of community and social services, knew Organek through her volunteer work with Monroe EMS. She said Organek also became a member of the Monroe Senior Center.

“She was just a lovely person and it’s sad that she passed,” Cassia said Tuesday. “It was a huge shock. She was a very caring person as she was a nurse and worked in the medical field. Everyone who volunteers for EMS gives something back to the community and is there for their neighbors.”

Brenna said Organek retired from EMS two years ago but has continued to volunteer with the organization and help out at events like the annual Monroe Night at the Park, which gives residents a chance to meet the city’s first responders and members of community groups hold true.

“Even though she didn’t ride the ambulance, she was often there when we had training sessions,” Cassia said. “She wanted to learn.”

Organek was an EMR, an emergency medical responder.

Aside from her involvement with EMS and St. Jude Church, Brenna recalls the time Organek worked as a real estate agent for William Raveis Real Estate. “She helped a lot of people in Monroe find homes,” he recalls.

“She had a lot of friends,” Stevens said. “It seemed to me that if a name came up, she would say, ‘I know, I did this and that with this person.’ It’s a loss for the city. She was generous with her time and energy.”

“A lot of organizations will miss her,” Brenna said. “EMS was one of many. She was a smart woman and she did many things and helped many organizations in the city.”

The Church of Our Lady of Victory should be a protected Chicago landmark, says the Far Northwest Side Group