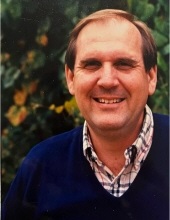 William E. “Bill” Martin Legg died on Saturday, July 9, 2022 at Memorial Hospital in Chattanooga. He was born in Ft. McPherson in Atlanta on June 9, 1941.

He was preceded in death by his parents William Caswell Martin Jr. and Carolyn Lanelle Martin Legg and adoptive father Paul E. Legg.

As a youth he was active in the Boy Scouts and achieved the rank of Eagle Scout. He also spent time as a camp counselor at the YMCA. He loved music and learned to play the tuba and double bass. At 14 he became a member of the American Federation of Musicians. At age 16 he won the position of tubist with the Atlanta Symphony, making him the youngest member of a major symphony orchestra in the United States at the time. He played with the Atlanta Symphony through high school. He also played various engagements with, among others, Les Brown, Lawrence Welk, Elvis Presley, Arthur Fiedler and the Boston Pops.

He attended Florida State University on a full music scholarship and played with the Marching Chiefs for four years. After graduating, he joined the USAF as 2nd Lt. in pilot training. His unit was sent to Vietnam where he flew 120 combat missions from Thailand. He left the USAF as captain in 1968. He returned to FSU and completed his master’s degree in economics in 1969, worked in Yugoslavia for two years and received his PhD. in Economics in 1976. Between 1971 and 1976 he taught at Rollins College and Stetson University.

At the same time, he also founded MarKon Research Associates, specializing in strategic planning and financial analysis for major clients in the banking and real estate sectors. In 1977 he became a professor at Georgia State University, teaching economics and real estate/financial/marketability analysis. He founded the Research Center for Real Estate and Land Economics, which is funded by all major banks and real estate developers in the greater Atlanta, Augusta, Macon, and Savannah areas. dr Legg developed a system for analyzing the financial performance of existing and proposed banks. This system has been used extensively by the Federal Reserve, the FDIC, and the Georgia State Bank Department.

In 1991, he sold MarKon and moved to the Chattanooga area, where he served as chief economist for Blue Cross, leading the health economics research division, actuarial division, product development group and market research group. He left Blue Cross in 1998 and returned to real estate development in Tennessee and Georgia by 2008. He never gave up teaching economics and has also taught at the University of Tennessee at Chattanooga, Chattanooga State Community College, Cleveland State Community College, and Roane State Community College. He loved young people and taught for over 50 years. He called his students his little angels and would come into the room every morning and call out “Good morning, you lucky ones!”. He kept his love of music and travel throughout his life and passed it on to his two daughters. He was also a gifted wildlife photographer and his work has been carried by two galleries in Atlanta.

Bill was a risk taker, an achiever, a loving husband and father who never stepped into any activity without giving 110 percent. Bill was an active member of Chapel Hill United Methodist Church and loved his Savior, Jesus Christ, his family, and his community. He wishes for a solemn farewell and believes that he will see everyone again in the kingdom of heaven. There is no inspection. The funeral will be held at 10 a.m. on Saturday, July 16 at Chapel Hill Historic Church at 5149 East Valley Road, followed by a funeral service in Chapel Hill Cemetery. Military honors are awarded by the Sequatchie Valley Honor Guard. An online guest book is located at www.ewtonfuneralhome.com.

In lieu of flowers, the family is asking for donations on his behalf to Disabled American Veterans, Tunnels2towers or Hunter7. All of these foundations help provide assistance to disabled veterans or veterans who have been exposed to toxic exposures while on duty.

A New Level: The Church of Breckenridge completes a major renovation project

Do debts need to be consolidated? Check out these credit options