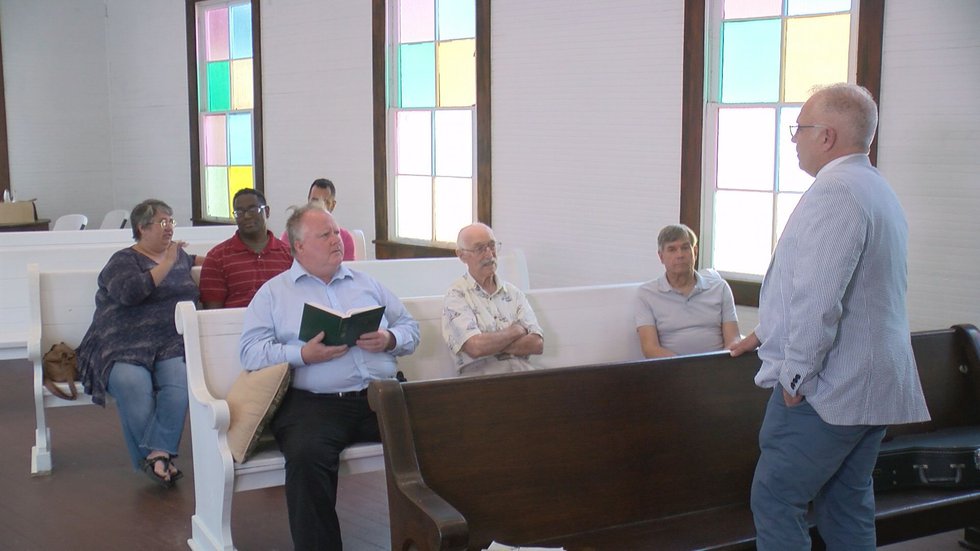 SAVANNAH, Ga. (WTOC) – A Georgia church is fighting in court for the right to sell its own property. your opponent? Her own now former larger church organization.

Members of St. Luke’s Lutheran Church in Thunderbolt say they are devastated. The church, which has fewer than a dozen members, has been a member of the Evangelical Lutheran Church of America (ELCA) for decades.

But Reverend Steve Schulte told WTOC that as soon as the larger church organization found out they were planning to sell their property and downsize, they threw the church out of the denomination and sued them for the property, effectively blocking the sale.

Now, more than a year after that fight, Rev. Schulte says it’s gotten bigger than just her church.

“We fight for every community out there, no matter how small,” said Schulte. “A bishop can come in and shut you down and take your property and then you’re left with nothing.”

Schulte has been running St. Luke’s for almost 30 years. Founded as a Lutheran church in 1931, Schulte says the congregation joined the ELCA when it was formed in 1988.

St. Luke’s was a member of another Lutheran organization that merged to form the ELCA that year.

Like many other churches, St. Luke’s congregation has shrunk over the years. They have now shrunk to just 8 members. The parish sold much of its former property during the year, including its old place of worship.

But now Schulte says the congregation is too small for its current church. When a neighbor offered to buy the property for $200,000, Schulte said they jumped at the opportunity.

“As a courtesy, we informed the bishop that we were selling the property. We have never received the approval of a bishop in the past,” said Schulte.

The church owns the title of its property, and its constitution states that it has the right to sell it. But Schulte says that’s not enough for Bishop Kevin Strickland, who oversees the ELCA’s southeast region.

He says Strickland asked them to let the ELCA control the sale – and the money from it.

“And we said to him, no. We won’t listen to you,” Schulte said. “And when he got involved in this transaction, the potential buyers backed down for fear of lawsuits.”

The lawsuit filed by the ELCA in Chatham County Superior Court last June alleges that St. Luke’s “has ceased to have any meaningful existence.” It also says the ELCA is suing, quote, “to protect and preserve in an orderly manner all unsold assets.”

Schulte thinks it’s all about the money.

“I wouldn’t be surprised if closing small churches was another way for big churches to make money.”

But not everyone sees it that way. Reverend Steven Martin, founder of the Lakelands Institute…a national consultancy for churches…says he’s familiar with these types of disputes.

“I would question the narrative that the ELCA just canceled a church and kicked it out,” Martin said. “It’s always more complicated than that.”

Martin says he doesn’t think a big church like the ELCA would try to profit from church closures.

Schulte says his little church isn’t about money. It’s about staying true to their Christian principles.

“I’ve been a Lutheran all my life,” Schulte said. “These people here have been Lutherans for a very long time. And someone walking in and saying, ‘You’re out of here!’ is just wrong.”

Attorney Charles Bridgers said, quoting… “I can confirm that a final written document was prepared by St. Luke’s and the Synod. St. Luke’s is no longer a church within the ELCA. Mr. Schulte is no longer on the ELKA pastor list…”

WTOC pressed Bridgers, and he said both sides had agreed not to share any further details about the deal. We’ve also reached out to St. Luke’s but haven’t heard back.

This story is part of a trend of property disputes in the Church. Just last month, the South Carolina Supreme Court returned 14 church properties to the Episcopal Church – but ruled that 15 other churches could keep their property.

The state Supreme Court ruled that these 15 churches had not established a trust in favor of the national church… and therefore could keep their properties.

The Lakelands Institute predicts that up to 100,000 churches across the US could be closed in the next few years. They say the pandemic has accelerated this trend.