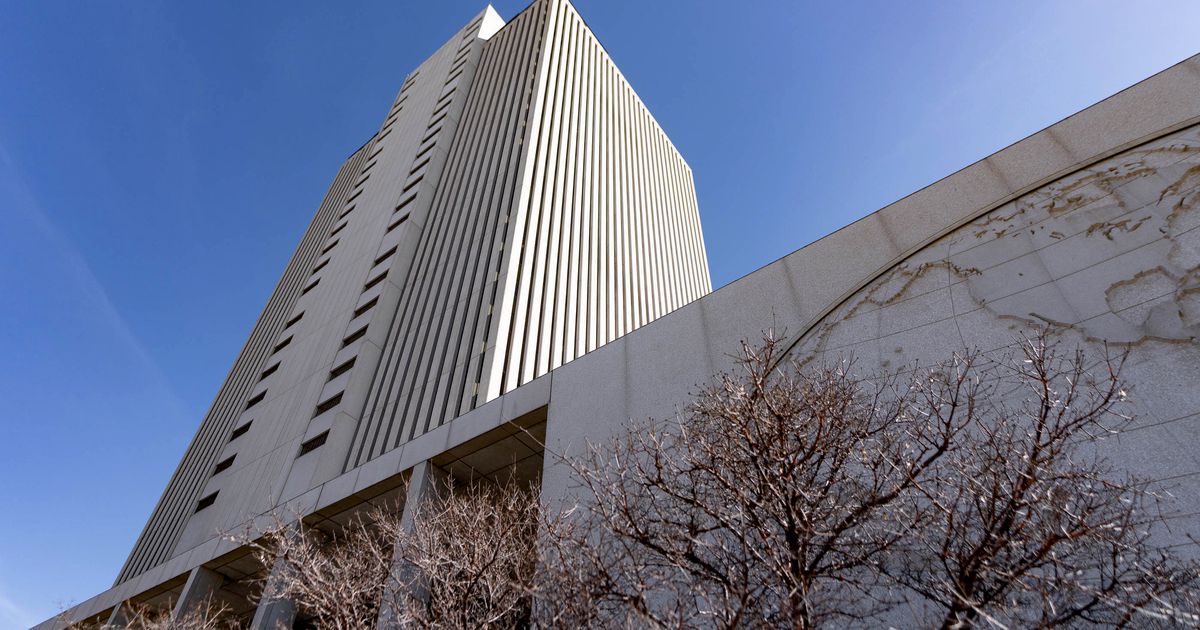 LDS Church loses billions in shares. See how much and how it performed versus the Dow.

(Francisco Kjolseth | The Salt Lake Tribune) The church’s office building, shown Wednesday, March 30, 2022. The latest federal report shows that a major investment fund for The Church of Jesus Christ of Latter-day Saints fell 6% in value in the first Quarter of 2021 when the stock market collapsed.

The Church of Jesus Christ of Latter-day Saints lost $3.1 billion in investments as US stock markets swooned this year.

New reports filed with federal regulators put a huge church account managed by the faith’s Salt Lake City-based investment arm, Ensign Peak Advisors, at $49.2 billion for the first quarter, a decline of 6% from the end of 2021, when the fund hit a two-year high of $52.3 billion.

The Dow Jones Industrial Average fell 4.6% over the same three months as investors jittered over inflation, rising interest rates and the war in Ukraine.

The decline is the second-largest quarterly drop in Ensign Peak’s immense stock and bond portfolio, which it manages for the Utah-based church, since an $8 billion pandemic plunge in early 2020 that temporarily took the fund below $30 billion .

The once-secret fund began reporting to the U.S. Securities and Exchange Commission in early 2020. His first filings came months after a former Ensign Peak fund manager, David Nielsen, went to the IRS and accused the church in a whistleblower complaint of amassing a $100 billion reserve fund from excess tithes earmarked for charitable causes, but were not issued.

Devout Latter-day Saints pay one-tenth of their annual income in tithing, and Church officials have stated publicly and in court documents that they hold these funds sacred.

Church leaders have also presented the Ensign Peak Reserves as a “rainy day” account maintained along with other investments to protect the global faith of 16.8 million members from economic downturns and to help fund its operations around the world .

Ensign Peak’s first quarterly SEC report, filed in February 2020, revealed that the fund was worth $37.8 billion.

Since then, the fund has significantly diversified its portfolio, expanding a list of investments from 1,622 different stocks, mutual funds, and other holdings at the end of 2019 to 2,210 holdings as of the most recent quarter.

Still, more than half of the account’s total value is held in 44 stocks and mutual funds — a mix of blue-chip tech companies, financials, energy and healthcare stocks, as well as consumer retail favorites like Procter & Gamble, Walmart and Home Depot.

It currently holds more than $2 billion apiece in two stocks: Apple at $2.78 billion and Microsoft at $2.5 billion. Add the fund’s current stake in Amazon, valued at $1.45 billion; at Google with $1.8 billion; and in Facebook at $760 million — and the tech giants account for $9.4 billion of Ensign Peak’s total portfolio, or about 19% of its total value.

For comparison, these five stocks accounted for $5.5 billion of Ensign Peak’s holdings as of the most recent quarter of 2019, or about 14.5% of its total value. Ensign’s top non-tech holdings are currently UnitedHealth Group at $892 million; Johnson & Johnson at $760 million; and JPMorgan Chase with $652 million.

His principal investment fund holding is an exchange traded fund focused on companies included in the broad-based Russell 2000 Index, with ownership of $443 million. Ensign Peak also holds at least $3.2 billion in foreign stocks through a series of escrow stocks and receipts.

The most recent portfolio includes at least $132 million in real estate mutual funds, which in turn typically own and operate income-generating properties ranging from residential and office buildings to industrial, agricultural and commercial space.

A major database released in April revealed that the LDS Church owns at least $16 billion worth of US real estate across the country, ranking the Utah-based faith group among the top five private landowners in the country.

Editor’s note • This story is available only to Salt Lake Tribune subscribers. Thank you for supporting local journalism.