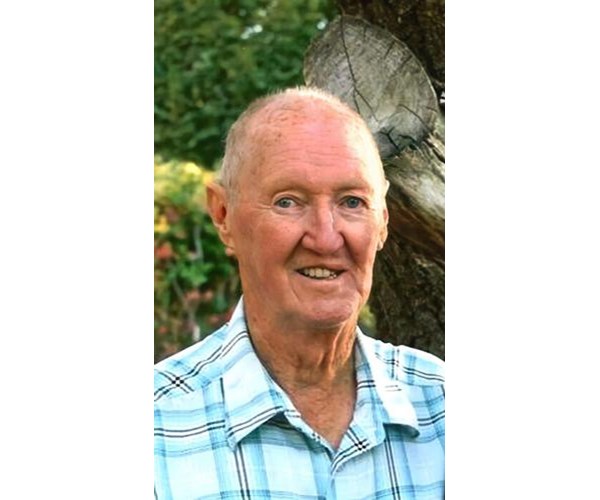 Larry Dean Bouwhuis, 86, passed away Tuesday, November 9th, 2021 after battling cancer for 4Â½ years in his home. He was surrounded by his loving wife and many of his beloved descendants.
The youngest of four children, Larry was born on March 19, 1935 in Ogden, Utah, to Herman Christian Bouwhuis and Luella Pearl Bybee Bouwhuis Hansen. He grew up in the Wilson area and graduated from Weber High School in 1953. The following September, he was introduced to a young lady he assumed was 16 or 17 years old. He was tied up from the start and when he found out she was only 14 it was too late. She had his heart and he had hers. Three years after they met, Larry married his lover Patricia Terry on November 15, 1956 in the Salt Lake Temple. At the time of his death, there were six days left to celebrate their 65th wedding anniversary. Larry was devoted to Pat all his life.
They lived in Pittsburgh, PA and El Paso, TX while Larry served in the Army. After his release in 1962, they settled in Roy, UT, where they bought the house, raised their family, and where he took his last breath. They had 8 children: Chet Bouwhuis (Michal Anne), Jeff Bouwhuis, Verlyne Henrie (Daron), Mike Bouwhuis (Kris), Darin Bouwhuis, Russ Bouwhuis, Tim Bouwhuis (Liz) and Jeremy Bouwhuis (Marina); 20 grandchildren; and 3 great-grandchildren. Larry was a kind father who, despite many obstacles, was an example of hard work and perseverance. He was also a loving grandfather and great-grandfather; his offspring will think of grandpa’s antics for years to come.
Larry worked at Gateway Distributing, served four years in the US Army, and then worked at Hill Field for a few years before moving into the real estate industry, which he enjoyed for many years. He had the perfect personality for the real estate business. His warm, open-minded manner attracted people and his desire to help people find suitable homes resulted in a successful career that didn’t end well into his 84th year.
Later in life he worked repeatedly for the IRS. He attended Stevens-Henager College while working and raising a large family. During his studies at Stevens-Henager College, he received a scholarship in 1976 for the State and National Achievement in the Future Business Leaders Competition. He was rewarded with a trip to New York City for the national competition, a trip that has been talked about for many years. He was a hard worker his entire life, busy supporting his family, looking after his animals, and developing projects to share with friends and loved ones. It was frustrating for him when his health forced him to slow down.
Larry was a devoted member of The Church of Jesus Christ of Latter-day Saints. He was proud to be a member of the Church, but more importantly, he was a disciple of Christ. His beliefs were as much a part of him as his small stature and sense of humor. As a young man he had a secret desire to serve a mission for the Church, but he felt that a missionary calling came from above, and since no such call had come, he did not go. Little did he know that he could volunteer. With no opportunity to preach the gospel, he was overjoyed to be able to serve his children as he saw it as his contribution to missionary work. With his open, warm personality, he would have made an excellent missionary and even shared the gospel of Jesus Christ with people near and far on many occasions. He served in many Church callings throughout his life, but his favorite teaching was Primary. He was delighted to share his enthusiasm for the gospel with the youth of the Church.
In his â€œfree timeâ€ Larry enjoyed camping, square dancing, puzzles (parts of which we will find all over the house for years to come, wonderful memories of grandpa’s hobbies) and, above all, distributing million bills to strangers. In the early 1960s, he and a few friends formed a dinner group that became the “Old Fogies”. He loved getting together with these friends and missed them very much when the pandemic restricted their gatherings. The friends Larry had over the years became his family and he loved them all.
He worked hard to make for a big family and always made sure we had unforgettable experiences – annual camping trips, Disneyland vacations, road trips to relatives near and far. He supported his children in everything they did and made several trips to distant places to visit them wherever they lived, such as Korea, Alaska, Texas, New Hampshire, and northern Utah.
He leaves his wife Patricia as well as all of his children, his grandchildren and 3 honored great-grandchildren. His parents and siblings (Chris Bouwhuis, Lorene Bullock and Beverly Cole) preceded him in death.
Larry’s life was well lived; his absence will be deeply felt by those he leaves behind.
A visit will take place on Tuesday, November 16, from 6 to 8 p.m. in the 16th Ward building in 4524 S. 2525 W. in Roy, with a funeral service on the following day, November 17, 2021, at 11 a.m. in the same location , with a visit from 9:30. Internment at Roy City Cemetery, 5250 S. 2300 W. Myers Mortuary Services.
To send flowers to Larry’s family, please visit our flower shop.

The Community Thanksgiving Dinner returns to the Most Holy Trinity Hall