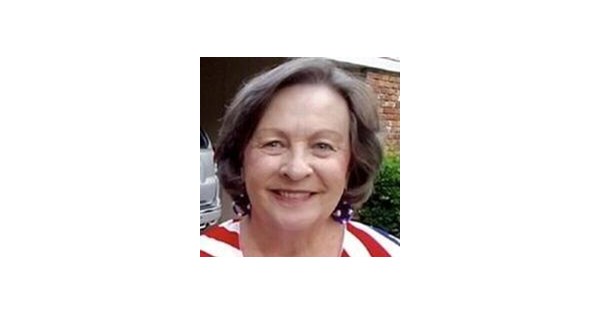 June Elleonora Juengel Mckinney passed away peacefully on Wednesday, August 5th, 2021 at the Flo and Phil Jones Hospice Home in Jonesboro Arkansas. She lived in Florence, Alabama for the past 51 years. She was born on May 10, 1945 in Kansas City, Missouri.
Survived by her daughter Tamara “Tammy” and husband Scott and their two grandchildren Drew and Ashley Roberson, who refer to their grandmother as “Grandma”, their son Don Mckinney from whole Jonesboro and their brother Victor Sr. and wife Janet Juengel from Helena, Arkansas, her nephew David Bond and his wife Karin, and their daughter Peyton Bond, Adrian Bond, nephew Mike and Debbie Bond and their sons Chris, Richard and Scott, brother-in-law Julian and Bette Mckinney, Greg, Julie, Mitchell, Keith and Dori Mckinney and Cheree and Mike Hutton.
In the death of her 46-year-old husband Don Mckinney Sr, her mother and father, Elleonora and Victor Juengel, her sister Jane and her brother-in-law Bill Bond, her nephew Stewart Juengel, her sister-in-law Neicy Mckinney, her brother-law Butch and his wife Nancy McKinney.
June was studying at Sacred Heart Academy through 10th grade when she graduated and graduated from Central high school in Helena. Graduated from the University of Seven Seas and then
Ouchita Baptist College, where she was married to Don Mckinney. She and Don moved to Decatur Alabama to give birth to their son and daughter. She volunteered with the Jaycees to work with children with MS, moved to Huntsville for a few years before moving to Florence to teach dance, and worked with the city to run national / regional soccer tournaments in Florence, Alabama , bring to. She worked for St. Joseph’s Church for twenty years – oversaw the construction of the new hall, renovation of the school building, maintenance of the church grounds, formed a group to serve the poor, and served as church secretary for Father Mark, Father David , Father James and Father O’Reilly.
She was one of the first female extraordinary ministers at St. Joseph Catholic Church in Florence, Alabama. Then she worked for a lawyer in Florence for several years, where she helped and made many friends, she even worked on the 2019 fall festival silent auction where she had so much fun, and last year she worked for the Census Bureau. She was a member of the Forest Hills Swimming Pool Board, a member of the Forest Hills Neighborhood Guard, and a member of St. Joseph Catholic Church.
June was the queen of the craft. She painted, crocheted angels, made wire spiders, butterflies and dragonflies. She traveled every year to attend the A-State Little Christmas Crafts Fair with friends and to celebrate Christmas with the grandmas in Jonesboro.
She loved dancing, music, organizing, and shopping. She collected Santa Clauses, especially the one with the baby Jesus. She loved to be by the pool with her grandchildren, playing baseball, working out in the gym, and playing Monopoly. Everyone remembers June’s smile and kindness.
The visitation will take place on Tuesday, August 10th at 9:00 am at the Catholic Church of the Holy Sacrament in Jonesboro, and Father Daniel Ramos will celebrate mass at 10:00 am. After the mass there will be a grave burial in the Holy Cross Cemetery, the Mary’s Heart Ladies will organize a lunch for family and friends in the church hall.
At a later date, June’s life will be celebrated at her Florence residence, Al.
For permanent memorial services, please consider donating to Blessed Sacrament Church Rectory 1107 East Highland Jonesboro, Arkansas, 72401 or St. John Newman University Parish College Students 2800 East Johnson Ave, Jonesboro, Arkansas 72401. To subscribe to an online guest book To register, go to emersonfuneralhome.com.

Send flowers of pity to the funeral home, or Plant memorial trees in a state forest.