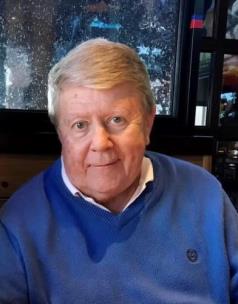 Jack was born on February 11, 1947 in Danville, IL to the late John Joseph Carney, Jr. and Margaret Mary Ewing Carney. He proudly served in the US Army during the Vietnam War. He received his wings in 1968. He received the Distinguished Flying Cross for his heroism in Operation Lam Son 719. Jack enjoyed spending time with the remaining members of the 48th Assault Helicopter Company every November. After his military service, Jack became a hospital engineer in Kansas. Jack retired from his real estate development career after many years of service. Jack was a member of Chattanooga Elks Lodge #91 and has held various leadership roles over many years, including serving as their Exalted Ruler in 2011 and later as Tennessee Elks State President for 2019-2020. He was a member of American Legion Post #95 from East Ridge. He was a parishioner of the Catholic St. Stephen’s Church. Jack loved his family and socializing. He enjoyed mentoring others and serving his community. Jack was an avid fan of the Oklahoma Sooners. In addition to his parents, he was preceded in death by a sister, Darlene May.

A Celebration of Life will be held at the Heritage Funeral Home on Sunday 2nd October at 4pm. The funeral will be held at 12:30 p.m. Monday, October 3 at Chattanooga National Cemetery with military honors.

The viewing will take place at the Heritage Funeral Home on Sunday 2 October from 2pm until service time.

Flowers are accepted, or memorial donations can be made to Chattanooga Elks Lodge No. 91 Nursing Scholarship or Veterans Fund at 1067 Graysville Road, Chattanooga, TN 37421.

Arrangements are being conducted by the Heritage Funeral Home, East Brainerd Chapel.