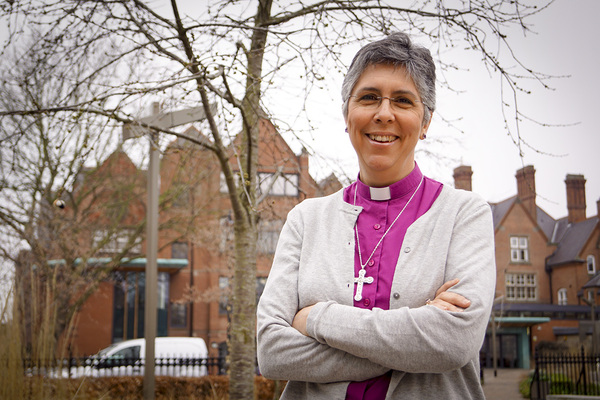 A new housing association set up by the Church of England will aim to acquire “significant volumes” of council housing, said the bishop, who led the project.

A new housing association being set up by the Church of England will aim to acquire “significant volumes” of social housing, the bishop, who is leading the project, has told #UKhousing

Speak with inner case, dr Guli Francis-Dehqani, The Church of England Bishop for Housing said the church intends to set up a registered provider to use soft debt to purchase council housing.

The church made the decision to start its own registered provider after concluding it could have a far greater impact by looking beyond developing homes on land it already owns, explained Dr . Francis Dehqani.

The Church of England on Wednesday announced plans to set up a national housing association, more than a year after it published a report outlining what the church could do to tackle the housing crisis.

In February last year, a commission set up by the Archbishop of Canterbury concluded that the Church must use its own lands “fully, generously and responsibly” to provide affordable housing.

according to dr Francis-Dehqani, the Church of England owns around 200,000 acres of land, making it one of the largest landowners in England, although not all of this land is arable.

But over the past year, the church has learned that its land is being farmed “in a very complex way,” said Dr. Francis Dehqani.

She said centralized church commissioners own the “mass part” of the country. But the Church’s 42 dioceses, which are autonomous bodies, also own land, as do thousands of parishes, churches, and schools.

dr Francis-Dehqani said the decision to create a national housing association was partly due to a lack of capacity and expertise at the local level, as well as a realization that “we would only develop housing on the land that we currently own, or the portion of it that is viable, we will not actually bring about the justice we wish to partake of.”

The model of the new housing association is therefore built on the basis of low-interest debt capital for the purchase of land, which is secured on the land acquired from the church and supported by church funds.

The bishop said the housing association may eventually buy land to build on, but stressed that the plans are still in the early stages.

The Diocese of Gloucester, which is leading the project, recently hired a consultancy to help the church submit an application to the Social Housing Inspectorate to become a registered provider.

The housing association is also being used to pioneer a new joint land stewardship and development service to improve local dioceses.

This work is also being led by Gloucester as there is already a development company, The Good and Faithful Servant, proposing to go national.

As part of an effort to gain the “mind and vision” of individual dioceses, the Church Housing Commission is working on four pilot projects in Gloucester, Chelmsford, Blackburn and Birmingham.

Last year, the Housing Commission partnered with Knight Frank to create an interactive map of the land owned by the Church.

Church officials are “implementing a comprehensive ESG framework around its strategic land portfolio,” with priorities such as climate change and biodiversity, said Dr. Francis Dehqani.