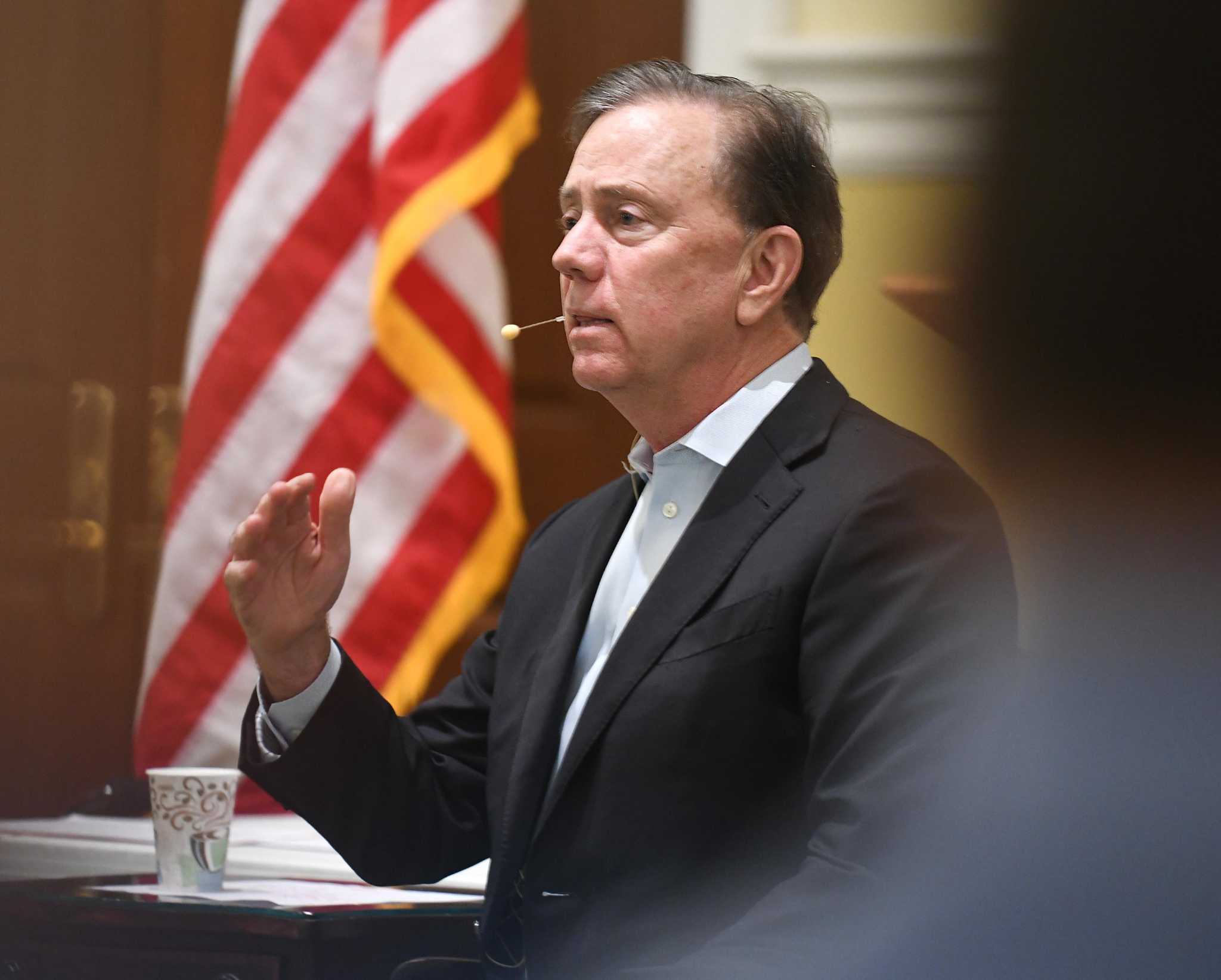 In Greenwich Talk, Lamont looks beyond COVID to get CT’s economy “growing and moving” again.

GREENWICH — As Connecticut marks the second anniversary of COVID-19, Gov. Ned Lamont told the Retired Men’s Association of Greenwich on Wednesday how he heard of the state’s first confirmed case of 2020.

Lamont, a Greenwich resident, said he went out to eat in town – and said the news changed everything.

“We found out it was a nurse at Danbury Hospital,” Lamont said. “They won’t let me drive anymore but the guys who drove drove like hell to get to Danbury Hospital. We didn’t know what we were doing. There were no masks. We thought this virus was in Wuhan and northern Italy. Now it’s in Danbury and now it’s coming home.”

After that, he said, it’s been a struggle to educate students, keep hospitals from overloading, help local businesses stay afloat and protect residents as the COVID-19 pandemic unfolds.

Now there are growing signs that the pandemic is abating, and Lamont cited the state’s low infection rates and high immunization rates as the reasons. Lamont, who is running for a second term as governor this November, told the RMA his focus now is on looking ahead.

“My top priority right now as your governor is to get this state to grow and to get this state moving again,” he said to about 50 people who had gathered in person at the First Presbyterian Church of Greenwich. 75 more participated via Zoom because of the snow.

Lamont promised the state will offer free training programs to residents looking for jobs, which he says could help big employers like Pratt & Whitney, Sikorsky and Electric Boat. Connecticut has “the best educated, best educated and most productive workforce in the world,” he said.

The state is in the strongest financial position it has been in years, with a rainy day fund, Lamont said. Connecticut has risen in national rankings as a good place to do business, which he attributed to fiscal stability in recent years.

“People are getting back to work,” Lamont said. “Our economy is growing and that means the revenue for the state is pretty high. I’ve said it a hundred times. They don’t need more taxes, but I want more taxpayers. Grow this economic pie.”

Optimism reigns supreme in Connecticut, and it’s contagious, he said.

“We have remained stable and have been able to lower taxes gradually. That sends a message that we’re getting our finance house in order,” Lamont said.

Before answering questions from the audience, RMA member Hollister Sturges quizzed the governor on several issues, including .Lamont’s support for President Joe Biden’s decision to stop buying oil from Russia to protest his invasion of Ukraine .

“They are not serious about sanctions against Russia unless they sanction oil and gas,” Lamont said. “It’s something the President had to do and I’m glad he did.”

To lessen the economic impact of rising gas prices, Lamont said he’s working with lawmakers on possible temporary relief ideas like a gas tax holiday, a rebate or other ways “to make it a little easier for the people of Connecticut to power through.” another complicated time.”

Sturges also asked Lamont about planned infrastructure improvements, with nearly $1 billion a year flowing into the state over the next five years from the recently passed federal Infrastructure Act.

“By the end of this five-year investment, we’ll shave about 15 to 20 minutes off your commute,” said Lamont. “It suddenly opens up the whole state. It makes it easier for people to live anywhere if they can come and go.”

According to Lamont, no lanes will be added to Interstate 95, but work is being done to remove “bottlenecks” where congestion occurs. And bridge replacement projects will allow trains to travel faster across the state, too, he said.

Embrace the Derbyshire countryside in a barn-style courtyard cottage