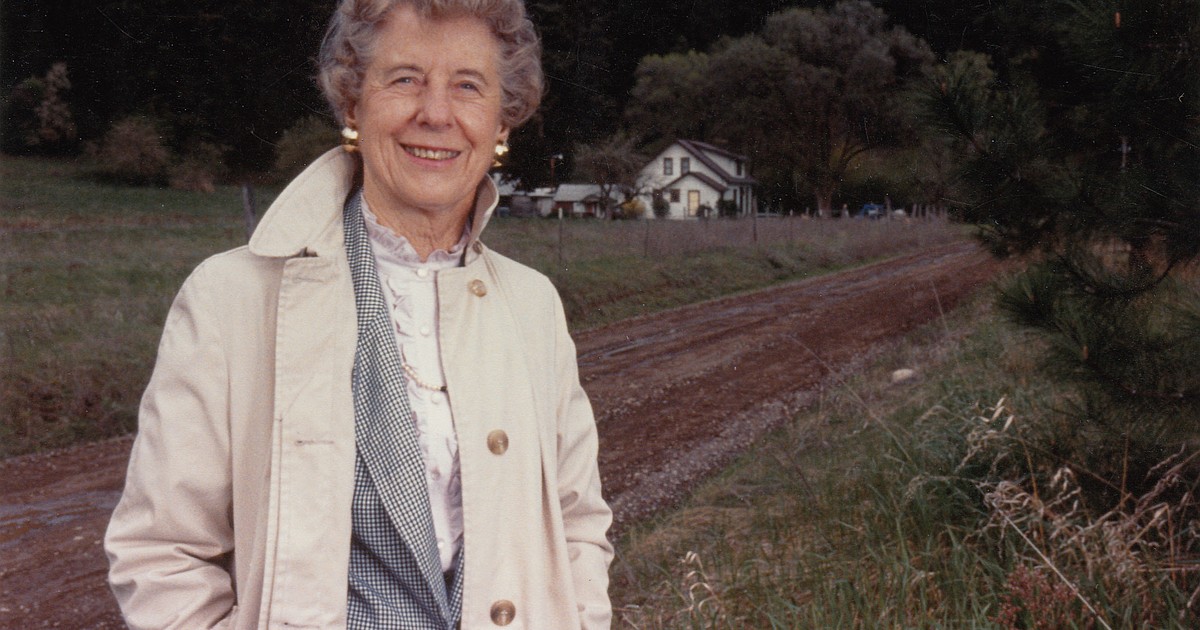 Idaho Lioness: Of Right and Wrong

A lifelong Conservative, Louise Shadduck was not always the first to champion minority causes. Still, she had a strong sense of fairness, learned as the only girl at the dinner table with six brothers on a Depression-era farm north of Coeur d’Alene.

All her life, when someone was treated unfairly, she had no qualms about calling it wrong. Her sense of personal decency made her a powerful behind-the-scenes force for human rights.

When she was a young reporter for Cd’A Press in the 1930s, an African American band was due to play in town, but an obscure law prevented the members from getting a hotel room. Louise insisted that the band stay at her house.

A lifelong history student, she loved Native American stories. In articles and speeches she denounced the injustice suffered. At least three Idaho tribes made her an honorary member.

On a trip to New York in the 1970s, she ignored warnings and rode the subway to Harlem alone to buy a black doll. It was important to her that a great-niece in Idaho shouldn’t grow up thinking that all children are Caucasian.

Shadduck broke many barriers not only as a woman but also as a single woman. She worked for decades in a political world dominated by men and traditional couples. She often remarked that women could do anything politically that a man could, and it was a shame they had to work twice as hard to do it. When the United Nations declared 1975 the “International Year of Women” and held an international conference in Mexico City, she attended and was one of 31 Idaho women named to draft legislative recommendations for that convention “to bring about the To remove barriers that prevent women from participating fully and equally in all aspects of national life.”

In the early 1970s, a pattern of crimes including forgery, bank robbery, hit-and-run, and ransoming a school full of children seemed to be associated with a 50-acre compound in northern Idaho. The same small group held public parades that drew white supremacists from across the country. National media made it appear that Coeur d’Alene was an unsafe place, and for many it was. Shadduck’s comments about her were scathing.

Dina Gerber; a Roman Catholic priest, Rev. Bill Wassmuth; NIC Professor Tony Stewart; real estate professional Marshall Mend; and the vet’s wife, Ginny DeLong, formed the Human Rights Task Force then meeting at St. Pius X Roman Catholic Church to protect human rights in our community. They all suffered threats, intimidation and vandalism, but on September 15, 1986, a pipe bomb detonated at the back door of the vicarage while Father Wassmuth was inside, luckily not near the door.

In February 1987, Idaho State Senator Mary Lou Reed invited Shadduck, Father Wassmuth and Dana Wetzell to address the Idaho Judiciary Committee. Shadduck showed evidence that convicted felons from across the country were invited after their release to build a “white home” in Idaho. Her testimony read, “I am a person whose love for Idaho runs through every fiber, and this bill is morally right (Caps hers).”

When the committee approved the bill, Shadduck took Father Wassmuth and introduced him personally to almost every legislature in Boise. Rarely for a major bill, it passed unanimously in the Senate and was overwhelmingly adopted by the House of Representatives.

Over the next year, Victoria Keenan and her son Jason were shot at, stopped and traumatized outside of the supremacist compound. Two years later, Norm Gissel, an attorney for Coeur d’Alene, and Morris Dees, an attorney with the Southern Poverty Law Center, helped the Keenan family sue for damages and win. This lawsuit was based on the change Shadduck had helped Father Wassmuth achieve.

The connection went bankrupt and closed. The sale would prompt a philanthropist to fund the Human Rights Education Institute in Coeur d’Alene.

Sometimes we hope for a leader or hero who will single-handedly advocate for needed changes in the world, and we are often disappointed. Positive change is more likely to be achieved by engaged groups. Shadduck was effective because she acted across political, religious, and cultural lines as a powerful, silent partner in local and national action. Together they succeeded in uprooting and dispersing haters.

Mike Bullard is the local author of Lioness of Idaho: Louise Shadduck and the Power of Polite. Bullard will give free copies of the book to anyone who donates to the League of Women Voters at a book reading on Wednesday, November 9 from 5:00 p.m. to 6:30 p.m. at the Coeur d’Alene Public Library.

A hedge fund-affiliated company bought a trailer park. Many residents were told to pay hundreds more or be evicted.