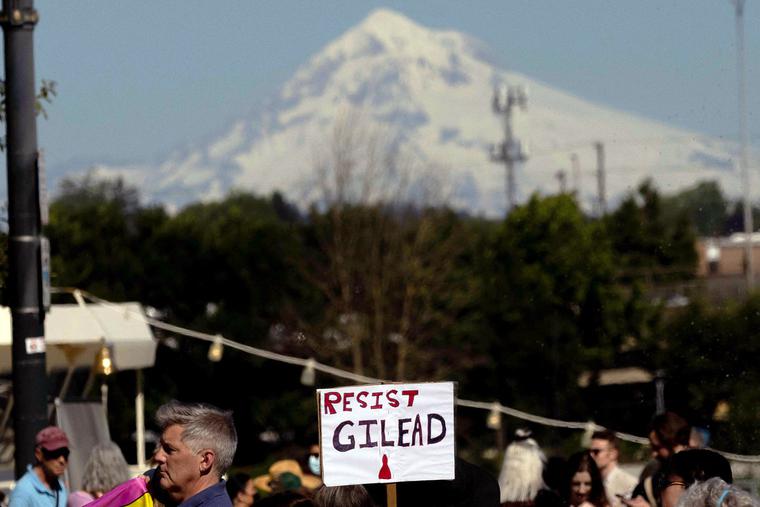 Archbishop Sample of Portland, Oregon was asked some questions about abortion and the Catholic Church. Here are his answers:

Why don’t pro-lifers care about women?

The fact is we do. Women are very important to us. In fact, the Church is one of the outstanding organizations that strives to help women in various ways.

The Catholic Church has incredible programs. We support Project Rachel which is a healing ministry for women and men who have experienced the tragedy of abortion in their own lives. A recent program by US bishops is working with mothers in need to connect local denominations in the church with women struggling to conceive, whether because of poverty or other circumstances in their lives.

There are literally thousands of pro-life organizations specifically focused on helping women when they’re dealing with a crisis pregnancy — and assisting with the healing that must come after experiencing the tragedy of abortion in your own life Has .

With God’s help, we still need to do more to reach people, women and men, who are going through these terribly complex and troubling situations in their lives. However, the solution to these problems is not murder. The solution to child poverty is not to kill unborn children. That is no solution. This is just an enlargement of the problem. What we need to do in this case is fight child poverty.

Why do you think abortion is evil?

You know what, it really doesn’t matter what I think. It’s about what’s real and what’s true.

The truth is that there are some things that are just objectively true, regardless of what I think or what you think. The Church, in its wisdom, has always taught that abortion is evil. That’s why I believe it. But you don’t have to be a Christian or a believer to know this truth, this objective truth – that abortion is evil because from the moment of conception a unique member of the human family has come into being.

You and me, we all started that way. And this is not religious sentimentality or even a philosophical position. That’s hard science.

Some people would say, “Well, you know, abortion isn’t black and white.” Well, it is. It’s very clear. It’s about what is right and what is wrong. Why? Because it is an innocent human child in its most fragile form. The victims of abortion violence are the most vulnerable, the most fragile of all victims.

They need an advocate and I will be their advocate. And I want everyone to be his advocate too. No more silent screams.

Why is the Church so concerned with abortion?

I’ve heard a lot of people say – I’ve heard people say to me – “Archbishop, with all the problems in the world today, and you’re legion, why does the Church seem so preoccupied, even obsessed, with this issue of abortion?”

Well, because this is the most fundamental human rights issue of all. It is about the fundamental right to life, the fundamental right to be allowed to exist. We cannot talk about human rights for people who were not allowed to be born. Whatever those rights are, whether it’s economic justice, whether it’s health care or education, you can’t talk about these rights for people who weren’t allowed to come into the world, for the light to see the world. All these rights presuppose the right to life, the right to exist.

We absolutely condemn the Nazis – as we should – for the over 6 million Jews killed during that regime. We denounce the millions killed under the Communist regimes of the 20th century. I don’t think most people have understood that since then Roe v. calf In 1973, just here in the United States, over 63 million unborn children lost their lives to abortion.

The magnitude of the evil of abortion is truly a global, historic tragedy. That is why this is a priority for the church: because the church fights evil.

If abortion is evil, does that mean abortion advocates are evil people?

Well, it’s not that simple. It is not for me or for us to judge the moral condition of any person. But we can judge moral actions. The action of abortion and the advocacy of abortion is evil. This is an evil act on the part of a human. It’s true that we are all capable of evil – that the line between good and evil runs through the human heart – but abortion, the deliberate killing of an innocent unborn human child, is always wrong.

So what does this say about those who actively advocate for abortion? Well I would say they were fooled. They were deceived and lied to by the enemy, the devil.

Remember, we’ve been captured. This is part of our history, Christian history. The enemy has captured us and he is a master liar. And he has sadly led many to believe that pro-abortion is somehow the right thing to do. The enemy is not the advocate and supporter of abortion. The enemy is Satan.

Can a Catholic be pro-abortion?

You know, that’s a pretty basic question. Well, if by Catholic you mean someone who tries to conform their life to the teachings of the Catholic Church, then the answer is no. I really wish that people who openly advocate and support the violence of abortion against the unborn child would stop pretending that it was somehow compatible with the teachings of the Gospel and the Catholic Church.

It’s like a person who claims to be vegan and then eats meat. It’s incoherent to the point of meaninglessness. The truth is, it is not a deep or complex idea that one cannot be a good Catholic and at the same time advocate and support the destruction of innocent human life in the womb through abortion. It is so easy.

It’s basic common sense that even a child can actually understand. Saying I’m Catholic means something, or should. With the help of God’s grace, we should strive to conform our lives to the gospel of Jesus Christ, His gospel, and not seek to reform the gospel to suit our own way of thinking or our own worldview.

If you are a Catholic who openly advocates and supports abortion, then you need to know that the Church is very clear. This is a very serious matter. And I have a real pastoral request for you. I mean that. I’m asking you, repent, go to confession, be reconciled to God. If you don’t, you’re jeopardizing your immortal soul.

I ask you. Please, do not do that. Let Jesus change your heart. He can. Jesus changes everything.