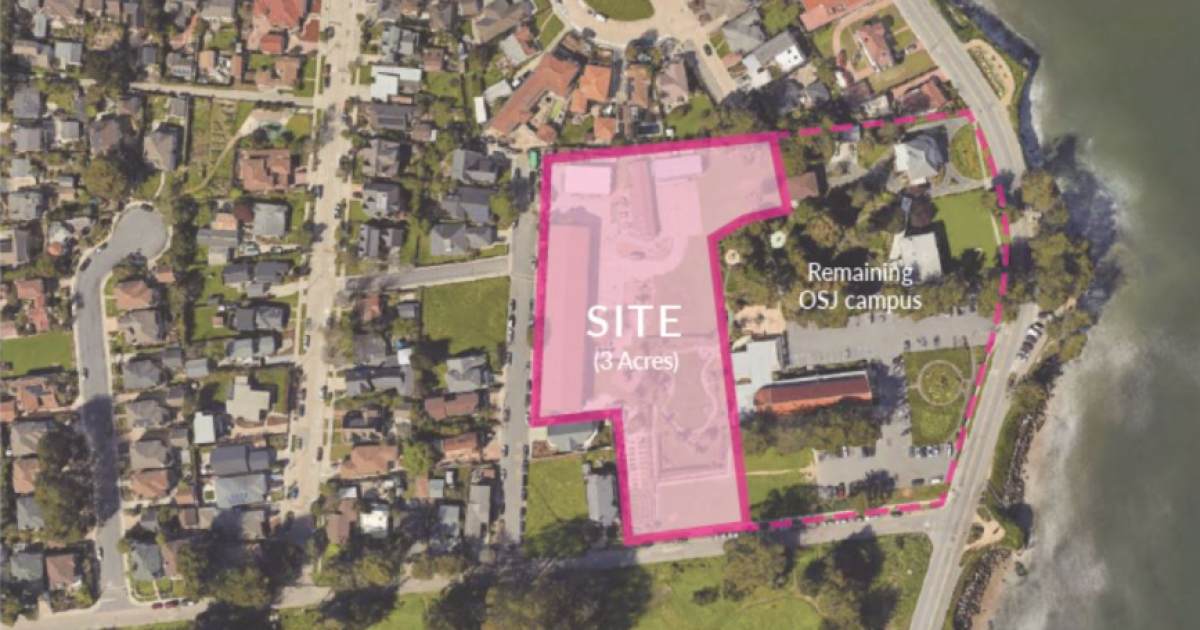 How much opposition will there be to a proposed senior citizen facility on West Cliff Drive?

have something to say? Lookout welcomes letters to the editor within our policy. guidelines here.

The area adjacent to the Shrine of St. Joseph, across from the famous Surfer statue on West Cliff Drive and across from Lighthouse Field State Beach is the newest location in Santa Cruz potentially facing major changes.

Newly proposed for a location at 126 Eucalyptus Ave. is a two-story, 76-unit building with an area of ​​74,218 square feet senior housing complex; The site is adjacent to the campus of the Oblates of St. Joseph. Construction costs are expected to be around US$34 million.

As with many recent project proposals in the city of Santa Cruz, the development has met with some, but unclear, public concern. These concerns include the well-known: claims of inadequate public relations, and environmental and transport issues. That development, however, has sparked complaints about high-priced units — those that favor affluent out-of-town retirees over Santa Cruz residents.

The new company represents a scaled-down version of a company that received a lot of feedback two years ago. Santa Cruz City lead planner Clara Stanger said the city first received a preliminary proposal for this project in November 2019, and community meetings followed in March and May 2020.

In March 2020, at a community meeting, about 55 members of the public expressed concerns about the size, traffic, affordability of the units and the environmental impact of the development. Since then, the proposed 100-unit three-story project has shrunk to the current 76-unit two-story plan.

Of the 76 units, 59 would be assisted living units and 15 memory care units, along with two affordable or “inclusive” units. The project – a partnership between the church and a Minnesota-based development company oppidan — Requires approval from the City of Santa Cruz Planning Commission for a number of permits to:

Oppidan and the city planning staff were originally scheduled to present the project, provide details and answer questions at last Thursday’s planning commission meeting, but the presentation has since been postponed to the October 6 commission meeting due to errors in the public announcement for October 24. September 2018, 1 meeting occurred, according to Stanger.

Dennis Reagan, a longtime Santa Cruz resident who lives on Eucalyptus Avenue, is among those concerned about the project, both in its new and previous iterations. There is currently no official opposition group.

He said he’s concerned by what he perceives as a decline in the city’s commitment to many proposed projects.

“In the past a lot of different groups came together when it came to Gateway, like traffic, but we worked everything out with the Oblates and Gateway because there was a more open relationship,” he said. “Maybe they weren’t always paying attention, but there was more interest in working with the neighborhood.”

“It’s happening all over Santa Cruz, on a number of different projects, and I’m amazed at all of these things that aren’t getting public feedback,” he said. “I don’t know how to phrase it other than ‘secretly’.”

“They suggest an entrance on Pelton Avenue, which is only 50 or 75 feet from the Monarch [butterfly] reserve,” he said. “They have an entrance on West Cliff, so they should use that one. Having cars in and out all day is not good for that reserve.”

Reagan also criticizes the pricing of the development, calling for monthly rates of at least $8,000 and up to $15,000 for unit rental, based on information from a similar facility in Oppidan, Napa.

“Oppidan owns a lot of these properties, and those are the prices I’ve found in Napa,” he said. “This certainly seems to be aimed at wealthier folks out of town. I mean, I certainly couldn’t afford that.”

Overall, Reagan said he sees the benefit of these types of assisted living projects but is dissatisfied with the plans as they stand.

“I think it’s a good project, but it needs to be scaled down and revised,” he said. “It’s not a bad idea, but it’s too big and certainly didn’t get enough input from the public.”

“Santa Cruz is critically underserved for this type of housing with services for seniors,” she said.

Rusk added that this problem exists will only get worse.

“There is an impending crisis where there will not be enough housing options for seniors in the 75-85 age group,” she said. “We want to improve access to targeted, innovative solutions to this problem.”

Rusk responded to Reagan’s pricing concerns by saying that average total rates, including nursing costs, are the same as similar competitors in the region, about $7,100 to $9,500 per month.

Rusk said the designated location is exactly what this project needs.

“This is a perfect place with a perfect opportunity for seniors,” she said. “This will be a quiet, low-traffic development with an overall low impact on the area.”

Lookout contacted the Oblates of Saint Joseph for comment but had received no response as of the time of publication.