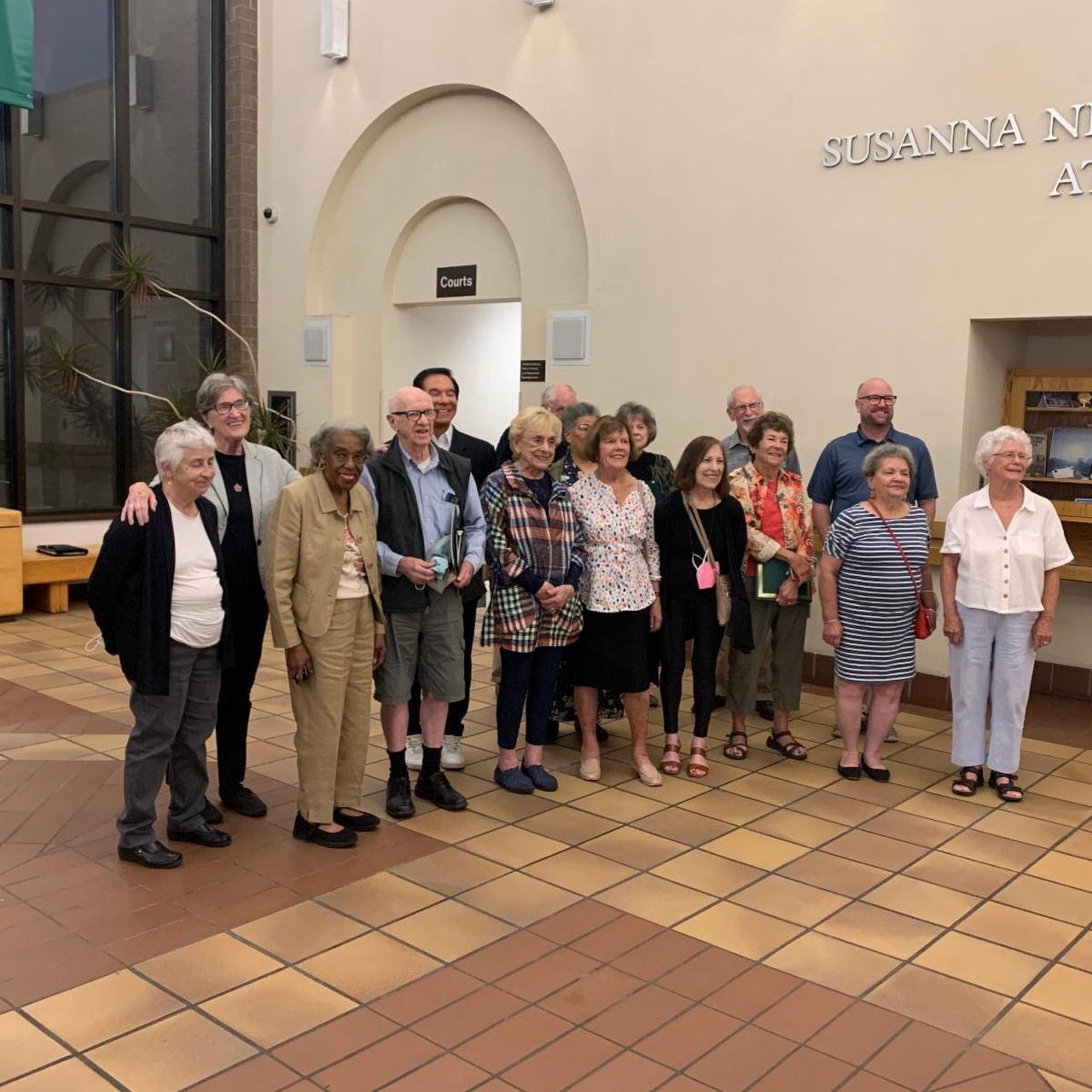 CLEVELAND HEIGHTS, Ohio — The city‘s motto of “All Are Welcome” owes much to the work of the Heights Community Congress (HCC) — and five women parishioners who founded St. Ann Church’s Social Action Housing Committee in 1971.

This committee changed the course of local real estate transactions and, from there, history itself.

All were marked last week with city proclamations marking the 50th anniversary of the “St. Ann Audit of Real Estate Practices, which identified “clear racial prejudice and discriminatory practices among real estate companies” at the time, and helped create the HCCwhich continues to this day.

This coincides with the HCC Heritage Home and Garden Tourwhich take place in the city from 12 p.m. to 6 p.m

At the September 6 City Council meeting, Suzanne Nigro, the committee chair; Lana Powell; and Linda Johnston, all present and accepting a proclamation on behalf of Nancy Cappelletti, who was unable to be present.

Ken Diamond, husband of fifth committee member who passed away Jeanne Martin Diamondaccepted her proclamation on behalf of the family.

“We’re celebrating half a century of work that has resulted in a community that we’re not only proud of, but whose reputation stretches even beyond the borders of our region,” said Seren.

“Thank you for your ministry of bringing intentionally disadvantaged people, Black people, into this community.

“Everyone is welcome here, and that’s thanks in large part to you,” added Seren.

The proclamations commended their “leadership, bravery, and pioneering work.”

Along with Powell, who hired him as HCC community organizer in the 1980s, Councilor Tony Cuda recognized many others in the audience and said, “I can’t begin to tell you what the Heights Community Congress has meant to me personally over the years Has. ”

The proclamations state that in the early 1970s, prominent Jewish, Catholic, and Protestant religious leaders from Cleveland Heights began meeting at Carmelite Monastery to discuss how to promote racial harmony.

“In late 1972, the interfaith Carmelite Group formed the HCC, which undertook the task of continuing the audit work of the St. Ann Housing Committee,” officials noted.

Tickets for the 43rd Annual Heights Heritage Home and Garden Tour are $25 and are available online at Parish Congress of the Heights or in person at Appletree Book, Bremec on the Heights, Heinen’s on South Green Road, The Stone Oven Bakery & Café, Tommy’s and Zagara’s Marketplace.

“This year, the tour will feature six elegant and unique Cleveland Heights properties. These include a colonial building with recently renovated kitchen and bath, a stately Tudor mansion, a remarkable backyard garden oasis, an English brick house and garden, a modern solar powered house with tropical foliage and the magnificently restored grounds of Harcourt Manor.

“Ticket holders can also take a tour of the famous Fairmount Presbyterian Church, enjoy light snacks, and see a special exhibit detailing HCC’s history through its 50-year service to the community.”

Read more from the sun press.