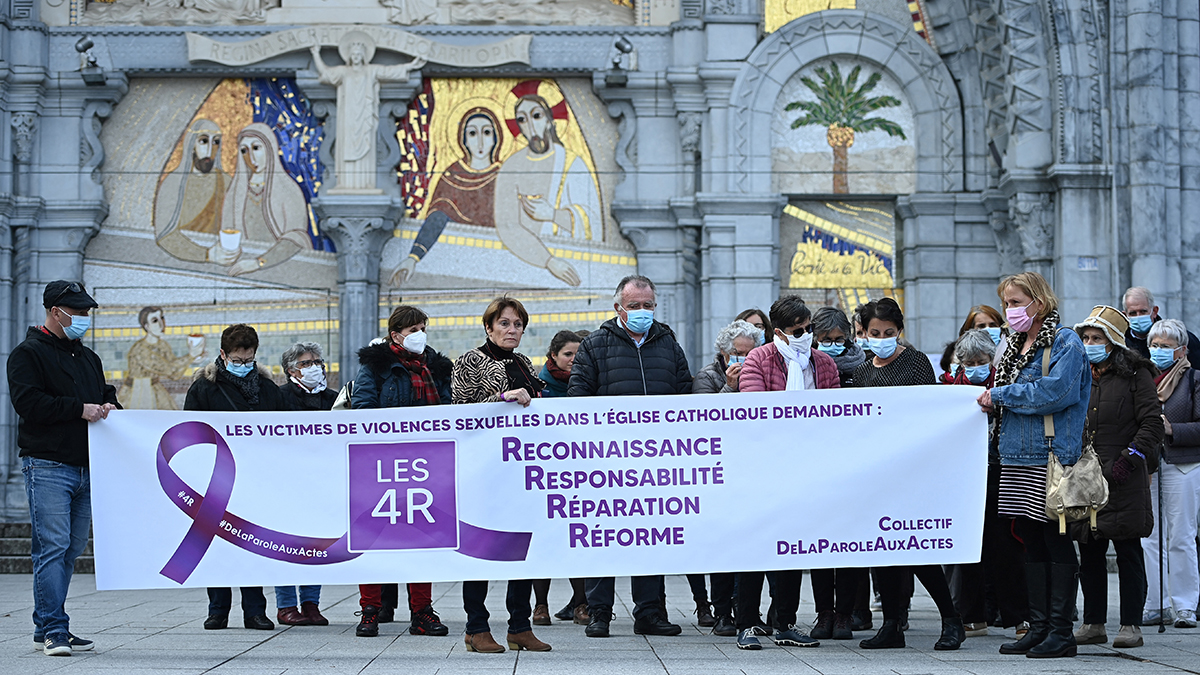 The panel that commissioned last year’s report asked the church to pay from its own funds, but parishioners were free to donate.

The Catholic Church in France has raised $22.6 million (€22 million) for a compensation fund for victims of sexual abuse.

Most of the money comes from private donations, according to AFPthe French news agency.

“It’s a first step. The church has kept its promise,” Selam Fund president Gilles Vermot-Desroches told AFP after a board meeting on Monday.

“An initial €5 million will be made available for compensation claims being investigated by an independent panel set up following the damning abuse report released in October,” the news service said.

The Independent Commission on Sexual Abuse in the Church (known by its French acronym CIASE) has identified extensive sexual abuse in the Church in France over the past seven decades, which has led to calls for reform. In a 500-page report, accompanied by some 2,000 pages of supporting documents, she gave her estimate of 330,000 victims, of whom an estimated 216,000 were victims of priestly abuse.

Although this week’s AFP report said that CIASE “found that 216,000 minors had been molested by clergy over the past seven decades, a number that rose to 330,000 when counting complaints against lay members of the church, such as teachers in Catholic schools.” , the Commission actually identified 2,700 abuse victims between 1950 and 2020 through interviews and a further 4,800 through archival research.

“From then on, it worked with a polling firm and the French Institute for Health and Medical Research to estimate the total number of potential victims of employee abuse between 1950 and 2020, which it put at 216,000,” website The Pillar said at the time. “The commission estimated that 3,200 spiritual abusers committed these acts of abuse.”

“The Church neither saw nor heard, did not perceive the weak signals, did not take the necessary rigorous measures,” said Jean-Marc Sauvé, President of the Commission, when the first report was published. For years the church has shown a “profound, total and even cruel indifference to the victims,” ​​he said.

Just over half of the abuse incidents occurred between 1950 and 1969, the report found, and gradually declined between 1970 and 1990. The President of the French Bishops’ Conference, Archbishop Eric de Moulins-Beaufort of Reims, called the scale of the abuse “appalling” and said the voice of the victims “moves us deeply. Their numbers overwhelm us. It goes beyond what we might have imagined.”

The commission was set up in 2018 by the French Bishops’ Conference and the French Religious Conference in response to a growing number of allegations of sexual abuse. It studied church, court and police files, as well as media reports, and heard from about 6,500 people – both victims and those close to them.

The Commission made 45 reform recommendations, including revising the Code of Canon Law, improving discernment and training for seminarians, and establishing concrete recognition mechanisms such as public ceremonies, liturgical celebrations to commemorate the harm inflicted, and memorials to the victims and their suffering.

CIASE urged the church to pay victims with their own fortune instead of asking parishioners for a contribution, AFP told AFP. Archbishop Eric de Moulins-Beaufort, leader of the French bishops’ conference, said the church will sell properties and tap into its financial assets, possibly borrowing from banks to raise the money. But the church has also told parishioners they can donate to the fund.

3 Common Debt Repayment Strategies and How They Work