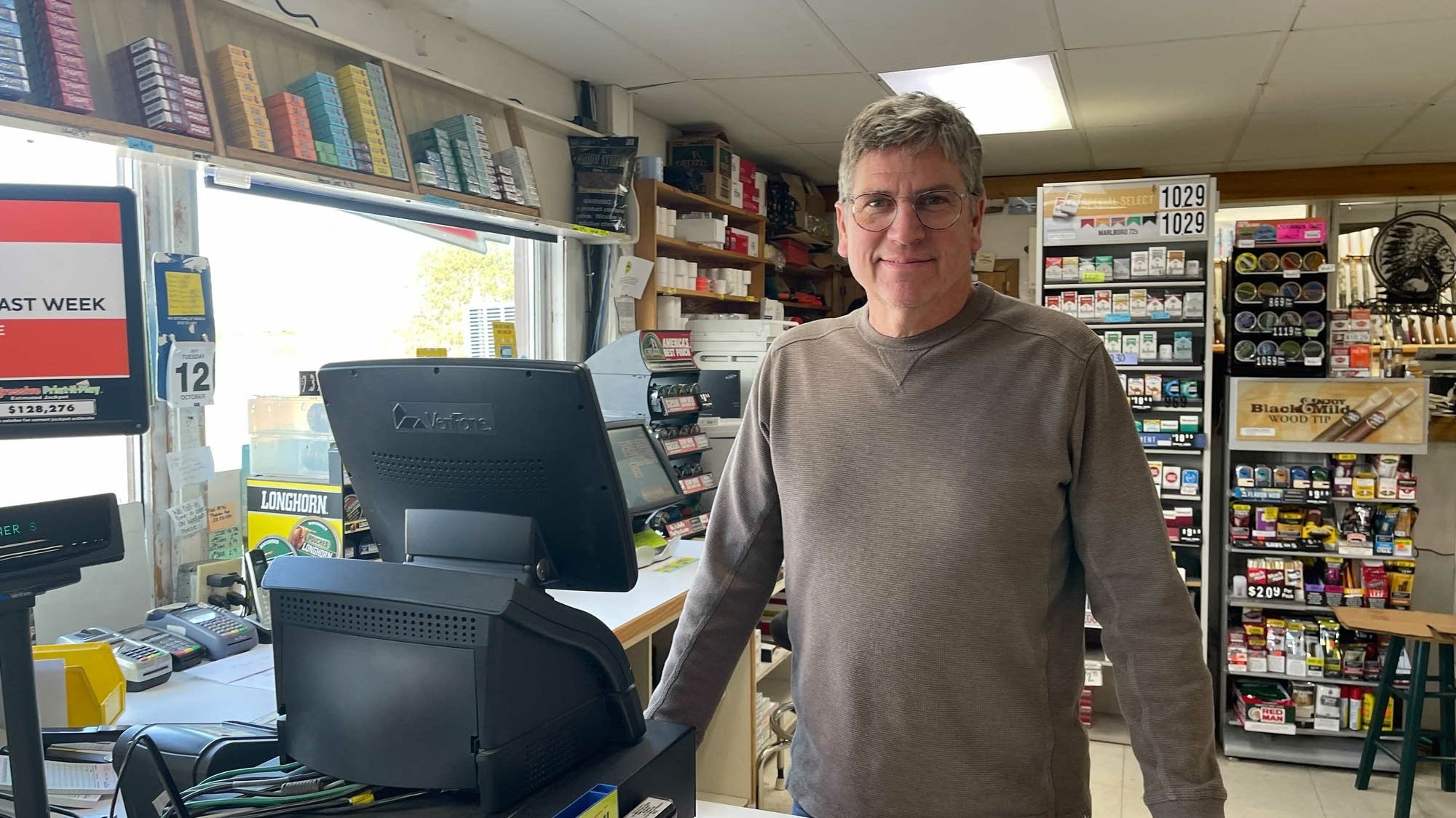 For cities along Line 3, pipeline workers brought a welcome boom – as long as it lasted

After a very extraordinary year, life in the small town of Backus is largely back to normal.

The main street of the city was quiet on a weekday. A few cars were parked in front of the post office and around the corner at the meat market.

In the kitchen of the Corner Store and Restaurant on Highway 371, loaded plates of fried eggs and hash browns are prepared for a handful of guests.

It’s a very different scene from earlier this year, during construction on Line 3 of the oil pipeline, when hundreds of pipeline workers lived and worked in the area.

Corner store owner Dave Sheley said they would show up at his grocery store at 5 a.m. to stock up on groceries for the work day.

“Sometimes people just queued up to the cooler,” he recalled.

Sheley had to open early and add staff to help with the morning rush. He installed a second coffee pot and a heated display case for sandwiches.

Keeping up with the hustle and bustle was a challenge, Sheley said. But after two pandemic closings of his restaurant, he said the pipeline workers were a “godsend” that showed up at just the right time.

“It was tough for us sometimes,” he said. “But generally it was like, ‘Oh, thank you.’ Because without her it would have really hurt us there for a while. “

Now that Line 3 is up and most pipeline workers have moved on, Sheley said he has cut staff and food orders – and expectations for the future.

“Look at our sales this year … we won’t be expecting that next year,” he said. “Anyone who thinks they’ll do it is probably a little misguided.”

The small town in Cass County with around 250 inhabitants was a central hub for the Line 3 project last year. An assembly point on the outskirts buzzed with trucks, workers and equipment every day.

All the activity sometimes caused traffic jams in the quiet streets of Backus. It also gave a boost to local businesses as all of these workers lived in motels, ate in restaurants, and stocked up on supplies at local hardware stores.

At the height of construction, more than 4,000 workers were involved in the Line 3 project. About 700 workers are left, said Enbridge spokeswoman July waiter. The pipeline was put into operation on October 1st.

That short-term spurt of activity is normal on a pipeline project, said Louis Johnston, an economics professor at the College of St. Benedict and St. John’s University.

Local communities will see a variety of benefits during construction, Johnston said, including workers spending their money in town and buying supplies they need.

“Once built, it basically just transports crude oil through an area,” he said. “If maintenance is not required, the local area will not see its effects.”

Enbridge has stressed that communities along the Line 3 corridor will benefit from increased property tax revenues in the millions.

The Canada-based company has also invested in community initiatives and nonprofits, totaling $ 1.4 million last year, plus an additional $ 3 million in grants to help restore the environment and habitats in the area, Kellner said.

While the large influx of Line 3 employees may be over, the timing – shortly after the COVID-related shutdown – may have saved some troubled businesses, said Mike Paulus, executive director of the nonprofit Cass County Economic Development Corporation.

â€œWe may never know how many companies were close to closing their doors and being saved after a historically difficult period,â€ said Paul.

“Like a part of your family who is leaving”

It wasn’t just restaurants that were booming. Line 3 employees often came to B&L Automotive in downtown Backus to do oil changes and repairs on their private and work vehicles, said co-owner LeAnne Pollock.

After construction on the pipeline was completed a few weeks ago, most of these workers left town and left the regular stream of local customers.

“They kept us busy. They were great people,” said Pollock. “It was sad to see them all go.”

In the Backus Locker, a butcher’s and butcher’s shop, co-owner Janis Schmid spread beef jerky on a tray that was to be loaded into the smoker. Schmid said her retail store saw an increase in customers from Line 3, as did other local businesses.

“It was a nice way to get through after the pandemic,” said Schmid. “Because there [were] People around and they bought local things in their areas where they worked, so it helped everyone. “

Schmid said she and her husband David already work six days a week, so it was difficult to extend their hours to meet pipeline workers’ schedules.

She said they had hired two women – a spouse and a friend of pipeline workers – who were looking for work. They left when the project was finished, said Schmid.

“It’s like part of your family is leaving,” she said.

The transitory nature of the climb didn’t surprise most Backus residents, said Blair Ecker, pastor of Pine Mountain Gospel Church. It’s in the town’s former elementary school, along with a Christian school and thrift shop.

“It was totally expected,” he said. “It was going to be a boom while they were here and then they left.”

With stories of North Dakota oil boom cities in mind, Ecker said he was a little concerned that so many pipeline workers are pouring into the quiet Backus.

But above all, according to Ecker, the rise in the number of workers was a positive experience. They were friendly and didn’t cause any problems, he said. A project manager regularly visited Eckers church with his wife until last week.

“We always teased them that they would end up being Backus residents,” said Ecker with a laugh. “They don’t.”

Ecker said some residents in the city have got temporary jobs on the Line 3 project, either on the pipeline itself or in support roles like security or COVID-19 tester.

And his church benefited indirectly from Line 3: some parishioners who owned property along the pipeline corridor benefited from the lease to Enbridge. They donated more money to the church, which could pay off their building debts.

But Ecker said that aside from a few local business owners, most of the people here aren’t really financially affected by Line 3.

â€œIndividually, I haven’t seen any inflow of personal income as the pipeline is here. And I think I’m the majority of Backus residents, â€he said. “I was happy for those who did it.”

Line 3 brought some challenges, said Ecker. The influx of large numbers of workers looking for a place to live is putting pressure on rental housing in Backus, where poverty and housing instability are already a problem.

It was also controversial and the target of protests from environmental activists, Indian tribes, and others who opposed the project.

Some of these protests took place in Backus, causing an increase in law enforcement activity and curious interest from local residents, Ecker said.

“It was jammed every time there was protests – every time someone chained to something – because everyone wanted to see,” he said.

In a log office on a corner in downtown Backus, real estate agent Mark Tietjen was able to see the activities of the Line 3 project up close.

“Traffic was constant at all hours of the day,” said Tietjen, office manager at Rusty’s Up North Realty.

The flood of workers needed housing, and Tietjen said he took hundreds of calls from people looking for rental apartments.

“I’m surprised they found all of the rental apartments,” he said. “It’s such a small town, but somehow they made it.”

Some residents rented their lake huts or additional rooms to pipeline workers – not just in Backus, but also in other nearby communities such as Hackensack, Pine River, and Walker.

Tietjen just answered a phone call from a worker trying to buy a house. But he hopes that some workers have enjoyed the forest and lake region so much that one day they will return to buy a house or a hut.

There is another trend that could have a longer economic impact on the region. Since COVID-19, more people are moving north to homes or huts and working remotely, Tietjen said.

Unlike pipeline workers who switch to the next job, these newcomers seem to be staying here.

They make MPR news possible. Individual donations are behind the clear coverage of our reporters across the state, stories that connect us, and conversations that offer perspective. Help keep MPR a resource that brings the Minnesotans together.