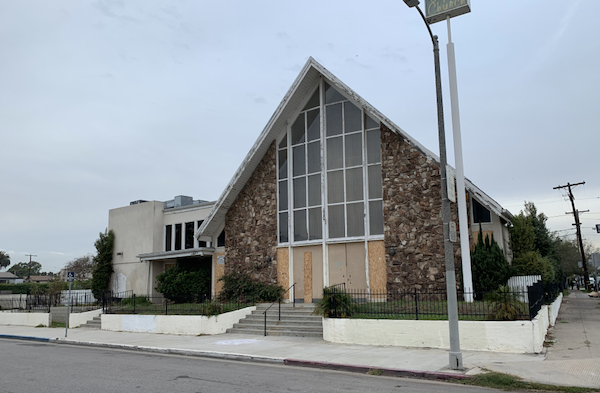 Patch reports that the First Baptist Church of Venice received a historic award. Los Angeles City Council voted on September 29 to approve the petition to designate the church as a cultural landmark. The LA City Councilor‘s Twitter account, Mike Bonin, praised the action with the words: “The former First Baptist Church of Venice is a cultural and historical monument.” of Venice. ” To learn more about the church, CLICK HERE.

Superstar actor Leonardo DiCaprio owns several properties in Malibu but recently launched his property on Carbon Beach. DiCaprio bought a new home for $ 13.8 million in the exclusive and under-the-radar enclave of Blue Whale Estates, which has only five homes. It’s a gated community that also hosts singer Neil Diamond and Elizabeth Kolawa, the CEO of Parsoft, as reported by dirt.

Sony Studios will repurpose the Scenic Arts Building located on the Sony site near the Overland entrance to the studio, as reported by Urbanize Los Angeles. The building was built in 1938 and is no longer used. A small outbuilding nearby is being demolished and a larger and more modern four-story building is being converted in its place. RIOS is designing the building update for Sony and this is the first building update on the Sony campus since 2016.

There is a new planned development for Westwood, as reported by Urbanize Los Angeles. The proposed building would replace the 1951 two-story commercial building on Westwood Boulevard. It would contain 29 new family units in a five-story building with 23 parking spaces in one underground car park. Kamran Tavakoli took care of the city table of contents or an incentive for traffic-oriented communities. As a condition of the TOC incentive, three of the units would be reserved for extremely low-income residents. California Development and Design Inc. is the architect of the project

In Santa Monica, the framework for a new mixed-use apartment building development on the corner of Broadway and Cloverfield Avenues is complete, as reported by Urbanize. The project is being developed by La Terra Development, which is one of a series of developments the company is working on across Los Angeles County. The building will be designed by Tighe Architecture and will be a three-story building with 49 new apartments and 2,700 square meters of commercial space on the ground floor as a mixed-use building. The building will have 128 parking spaces in an underground car park.