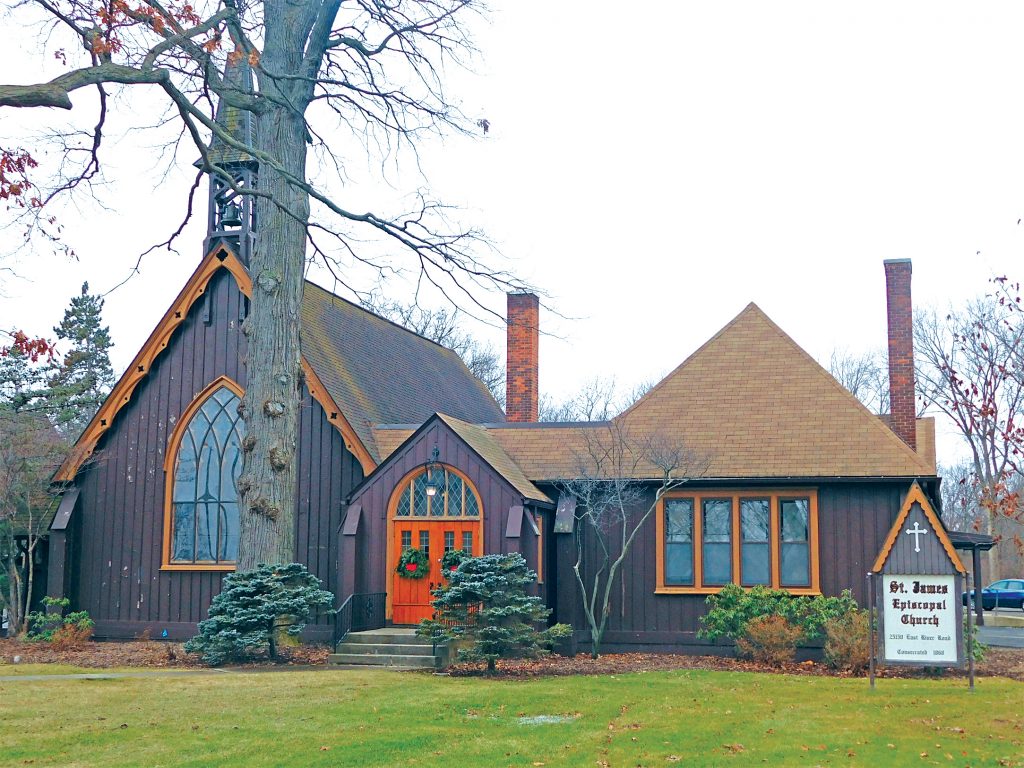 St. James Episcopal Church in Grosse Ile Township, Michigan was the dream of Lisette Denison Forth, a former slave who became the first black woman to own land in Michigan. She was born in 1786, 10 years after America declared independence. She was born into slavery near Detroit.

Forth’s parents, Peter and Hannah Denison, were freed slaves working for a Detroit attorney. Peter and Hannah sued for their children’s freedom under the Northwest Ordinance, but the court dismissed their case. In another case, the court ruled that Michigan had no obligation to take escaped slaves from Canada and return them, so Forth crossed the Detroit River to freedom.

She returned in 1815 and found work as a domestic servant, saving her income and investing in real estate. She saved so much money that 10 years later she was able to buy four plots of land in Grosse Ile.

Forth’s dream was to build a church on the land. This request was set out in a will in January 1860, more than a year before the start of the American Civil War. Since she could not read, the contract had to be read to her.

When Forth died, she left a portion of her estate to her family, and an additional $3,000 was to be used to build a church. Their sons hired architect Gordon W. Lloyd to design the structure. Her eldest son also built an altar cross, a kneeler and a reading stand for the pastor. Construction began in 1867 and was completed in 1868.

The enchanting Carpenter Gothic church is adorned by a large Tiffany stained glass window and two carved red wooden doors dedicated to her. A larger church was built on the site in 1958 and the 1867 building serves as a chapel for the new church.

In the 154 years since its construction, the church has undergone numerous repairs and additions, but the main structure remains essentially original and in excellent condition. It was listed on the National Register of Historic Places and was designated a Michigan State Historic Site in 1971.

The church is part of an active Christian community and members pray every Sunday. For more information visit www.saintjamesgi.net.

What to do when you’re drowning in debt