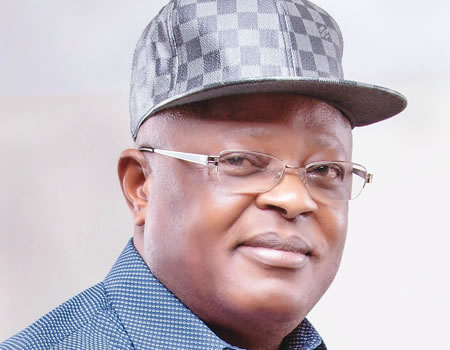 The Association of Ebonyi State Indigenes in Diaspora (AESID) frowned at the donation of the King David University of Medical Sciences Uburu by the Ebonyi State government to the Catholic Church.

AESID President Amb Paschal Oluchukwu described the gesture by Governor Dave Umahi as a Greek gift in a statement over the weekend.

Checks revealed that during the episcopal ordination and the installation of Rt. Reverend Peter Nworie Chukwu as 3rd Bishop of the Catholic Diocese of Abakaliki, Governor of Ebonyi State, announced last Thursday that the King David University of Medical Sciences Uburu was handed over to the Catholic Bishops’ Conference .

However, the Ebonyi Indigenes Forum in Abuja raised concerns that the state governor’s statements could lead to hostility between the Presbyterian Church of Nigeria, which claimed ownership of the new university, and the Catholic Church.

Ambassador Oluchukwu said in the statement that Governor Umahi’s statement “is able to condemn the Mother Church not only against her sister Presbyterian Church, which has challenged the forcible takeover of said property in court, but also the provisions of our existing laws continue to negate, create ”. Chaos and confusion and deepen the hostility between the Christian faith, even if we still see Ebonyi as a secular state that is only dominated by the Christian religion. “

According to AESID, no law allows a governor to build such a massive building with millions of public funds and hand it over to a people of a particular faith in a multi-religious society.

“Aside from the serious violations of the law, characterized by the failure to pass a law allowing the donation of the institution in question, which was built with public funds, Governor Umahi has shown through this statement that he is just a desperate trader trying to cover up. his supposedly dirty tracks by seeking the favor of the largest and most populous Catholic Church.

“No one, we repeat, no church or organization on this matter should therefore accept compromised business dealings by a governor like Umahi. Because we are sure that his motives for this particular offer are as subtle as most of his dealings with Ebonyi people in his last six years on the saddle as Ebonyi governor. “

“We are aware that Umahi had sent a letter to the State House of Assembly asking for the takeover and purchase of the oldest hospital that had been due diligence or investigation from a missionary, Dr the Head of Information and Public Relations Presbyterian Church, Rt Rev Nnoke Ibe, in a detailed press release accused the state governor of forcibly taking over the hospital for which he was still paying rents to the family and the village on which it is located on the land on which it is located.

“Released in July 2020, the Umahi-led government claimed, without counterclaim, that ‘the Church is also aware that government power over significant domains gives authority to take land it needs for public purposes; but this power is constitutionally made dependent on procedures that guarantee the rights, privileges and claims of the occupiers and owners. “

While the statement condemned the governor’s actions, it also criticized the recent increase in school fees from N1 to N3M as annual school fees for the institution after its courses were approved by the National University Commission.

“Then where and how can the Catholic community finance, maintain and sustain such an academic institution that could become a monumental waste if not properly funded?

“If Umahi really loves and wants academic excellence, why did he propose the above monumental fee system in a poor state like ours? Why has he also completely neglected the public education sector in Ebonyi without receiving adequate subsidies for the existing state primary, secondary and especially tertiary institutions of the state?

“Finally, AESID joins the rest of the sane Ebonyians to kindly decline the offer and focus on fulfilling their spiritual and religious goals for the Church as we wish the newly ordained bishop a prosperous episcopal rule full of wisdom, the affairs of the Church to regulate mother church. “

DO NOT MISS THESE HEADINGS FROM NIGERIAN TRIBUNE

Buhari calls on MTN for quality service, price review down on data costs, and other services

Can Mayor Randall Woodfin win without a runoff?