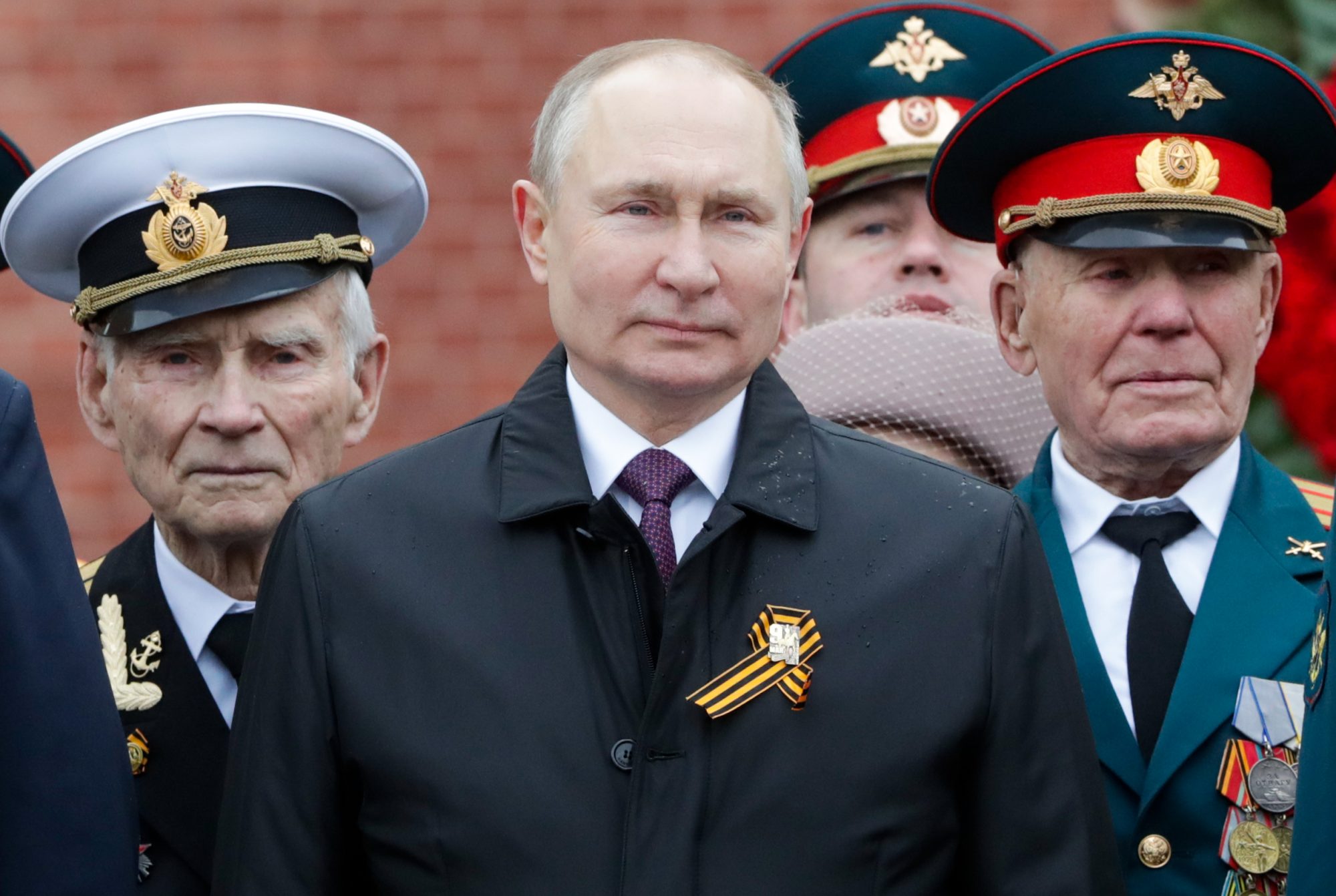 Since 2014, Russian President Vladimir Putin has armed history as part of his hybrid war against Ukraine. On numerous occasions, most notoriously in his July 2021 essay “On the Historical Unity of Russians and Ukrainians,” Putin has used highly selective interpretations of the past to undermine Ukrainian national identity and legitimize his own expansionist imperial ambitions.

Putin’s distortions have been widely ridiculed and dismissed in Ukraine itself. However, aspects of the Russian ruler’s narrative remain largely unchallenged in the international arena, with damaging consequences for outside understanding of the current conflict. If the international community is to truly assess the issues at stake in the Russia-Ukraine confrontation, it must first break through the layers of historical disinformation constructed by the Kremlin.

Putin’s central message is the idea that Ukraine has always been part of Russia and must remain so. He routinely refers to Russians and Ukrainians as “one people” and often blames external influences for creating what he sees as an artificial divide between the two modern nations.

In reality, modern-day Russia and Ukraine, while indeed sharing long periods of common history, have spent considerably more time apart than together. Ukraine’s experience of Russian rule is also much darker than Putin cares to admit, poking fun at his attempts to clean up the imperial past. Far from being fraternal nations, many Ukrainians see their historical relationship with Russia more as that of an abused spouse in a forced marriage.

No honest reading of Russian-Ukrainian relations would characterize the bilateral relationship as a partnership of equals. Instead, for centuries, the relationship was defined by Russian efforts to exert ever-increasing control over Ukraine while quashing Ukrainian nation-building efforts.

Early incidents include the sack of Baturyn in 1709, when Russian troops massacred the entire population of the Ukrainian Cossack capital in an atrocity that echoed across Europe. As Russian imperial control over Ukraine intensified in the 18th and 19th centuries, so did efforts to prevent the development of Ukrainian national identity.

This process involved extensive restrictions on the use of the Ukrainian language. No document captures Russian denial of Ukrainian identity as succinctly as the Valuev Circular of 1863. This tsarist decree, banning Ukrainian-language publications, factually states: “A separate Ukrainian language (“Little Russian”) never existed, does not exist and will not exist.”

UkraineAlert is a comprehensive online publication that provides regular news and analysis on political, economic, civil society and cultural developments in Ukraine.

Potential national leaders were frequently targeted. During World War I, the advance of Russian Imperial troops into what is now western Ukraine led to the arrest and imprisonment of Andrey Sheptytsky, Archbishop of the Ukrainian Greek Catholic Church and a prominent figure within the Ukrainian community.

In the chaotic period following the 1917 Russian Revolution, Bolshevik armies repeatedly invaded Ukraine, eventually crushing the country’s first major bid for statehood. Ukraine’s attempts to establish an independent state were equally opposed by the anti-Bolshevik Belarusian army. In fact, opposing Ukrainian independence was one of the few things both sides could actually agree on.

The next chapter in the Kremlin’s war on Ukrainian statehood would prove to be by far the bloodiest. In the late 1920s and early 1930s, Soviet dictator Joseph Stalin unleashed a wave of coordinated terror against the Ukrainian intelligentsia and peasantry in order to stamp out the threat posed to Soviet power by Ukrainian aspirations to statehood.

Countless Ukrainian writers, scientists, clergymen and schoolteachers have been arrested and executed or sent to the Gulag on fabricated charges of “bourgeois nationalism”. Meanwhile, a deliberate artificial famine ravaged the Ukrainian countryside, leaving an estimated four million dead. This Stalinist campaign was later upheld as a classic example of genocide by Raphael Lemkin, the man who coined the term and initiated the Genocide Convention.

The Atlantic Council’s Eurasia Congressional Fellowship Program aims to educate congressional staffers on current events in the Eurasia region and engage staffers in the Council’s latest research. The program connects congressional grantees with our larger community, which includes leading experts on Ukraine, Russia, Central Asia and the South Caucasus.

Applications are open! If you have any questions about the program, please contact Shelby Magid.

Russification policies remained the norm in Soviet Ukraine until the last years of the USSR. They are now being revived in regions of Ukraine currently under Russian occupation as the Kremlin seeks to reassert its authority by erasing traces of Ukrainian identity.

Since 2014, Ukrainian language classes have been eliminated from the curriculum in Russian-occupied Crimea and eastern Ukraine. Other symbols of Ukrainian identity, such as the Ukrainian Orthodox Church, were also relentlessly attacked by the occupation authorities. Russia’s actions expose the grim reality behind Putin’s protestations of brotherly love.

This long history of atrocities and oppression rarely features in international media coverage of the current conflict between Russia and Ukraine. Instead, correspondents refer to a shared past in a more casual manner, without attempting to convey the troubling nature of that historical relationship.

Emboldened by the seemingly endless gullibility of the international community, the Kremlin has taken its distortions to new extremes. In recent months, Russia has surrounded Ukraine from the north, east and south with a massive invasion force, while insisting that Ukraine poses a security threat to Russia. The sheer boldness of Moscow’s claims would be enough to make Orwell chuckle.

Russia’s recent calls for “security guarantees” are of course absurd and should be treated as such by the international community. Likewise, Vladimir Putin’s attempts to portray Ukraine’s long and traumatic experience of Russian domination as a benign brotherhood should no longer go unchallenged. History has been one of the Kremlin’s favorite weapons for too long. It’s time to disarm it.

Bohdan Vitvitsky is a former federal prosecutor for the US Department of Justice. From 2007 to 2009 he was Resident Legal Advisor at the US Embassy in Ukraine and later Special Advisor to the Attorney General of Ukraine.

The views expressed in UkraineAlert are solely those of the authors and do not necessarily reflect the views of the Atlantic Council, its staff, or its supporters.

the of the Eurasia Center Mission is to enhance transatlantic cooperation in promoting stability, democratic values ​​and prosperity in Eurasia, from Eastern Europe and Turkey in the west to the Caucasus, Russia and Central Asia in the east.

Follow us on social media
and support our work

Picture: Russian President Vladimir Putin attends a flower laying ceremony at the Tomb of the Unknown Soldier by the Kremlin Wall to mark the 76th anniversary of the victory over Nazi Germany in World War II. (Mikhail Metzel/TASS via REUTERS)