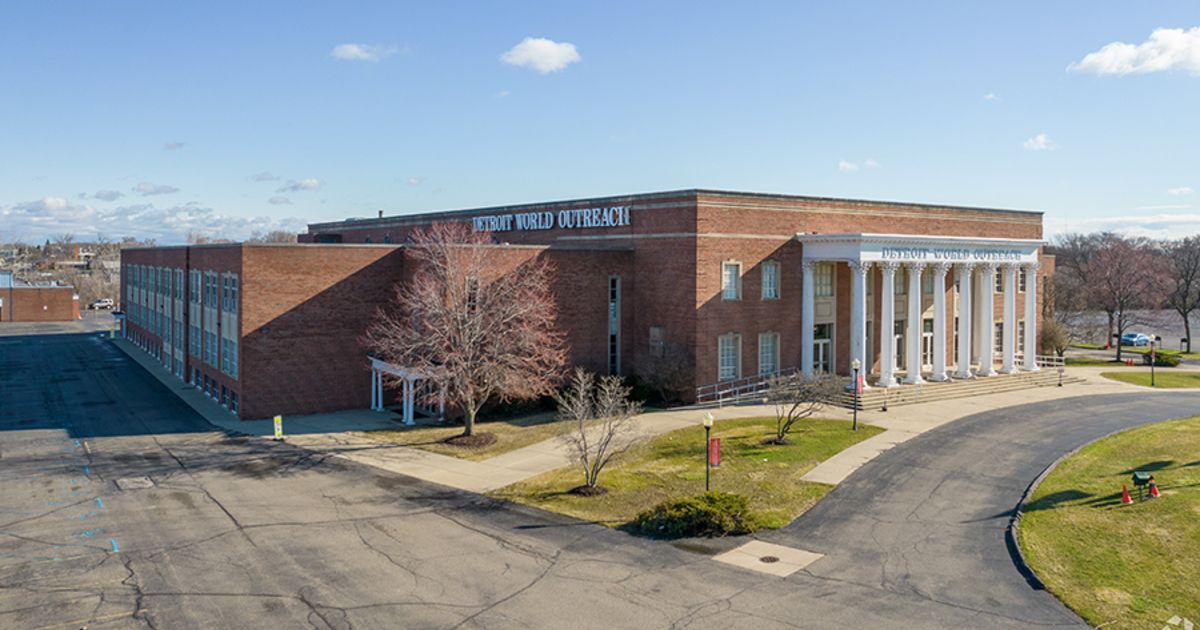 Its magnitude can be a blessing or a curse, Skubik said.

“It has a lot of advantages because of its size, but you also need a community of at least 1,000, but more likely 1,500 to 2,000 people to be able to afford to operate and use the building as it is of scale and it there’s only a limited number of churches that have congregations that big, or Islamic organizations, or whatever beliefs,” Skubik said, noting that the buildings are turnkey.

“The property has been valued at over $7 million. It could be purchased with all audio visual facilities.”

2017, The Detroit News reported that internal strife plagued the church following the death of its leader, Bishop Benjamin Gilbert, on February 28, 2017. Gilbert’s widow, Charisse, laid claim to the church — which the Detroit News described as leaders who “believe wealth is God’s reward” — and its assets.

According to the 2017 report, church leaders tried to block this and prevent them from collecting Benjamin Gilbert’s $2 million life insurance policy. In May 2017, The police took Charisse Gilbert away from the church for trespassing.

“The dispute is about control and the future of the church, although money and power are always in the background,” Marvin Wilder, vice president and treasurer of the church, told the Detroit News.

The church is now led by CJ Andre and his wife, Pastor Danielle Andre. He said he assumed his current role in January 2019 and the fight for the church ended in court in 2017.

Religious institutions have struggled with declining membership in recent years, prompting some to sell their properties and seek other creative uses.

CJ Andre said Detroit World Outreach will be relocating to a slightly smaller nearby facility along the Telegraph Road corridor within six miles of its current location. The church has about 1,350 members who attend both in person and online, CJ Andre said.

“The church is full of vision, full of power and we are moving forward and continuing what we have always done and we will not stop,” he said. “A church is a group of individuals, it is not brick and mortar. It’s not a building. We will continue with the same passion we currently have and our media programs will continue unhindered. We foresee a seamless transition.”