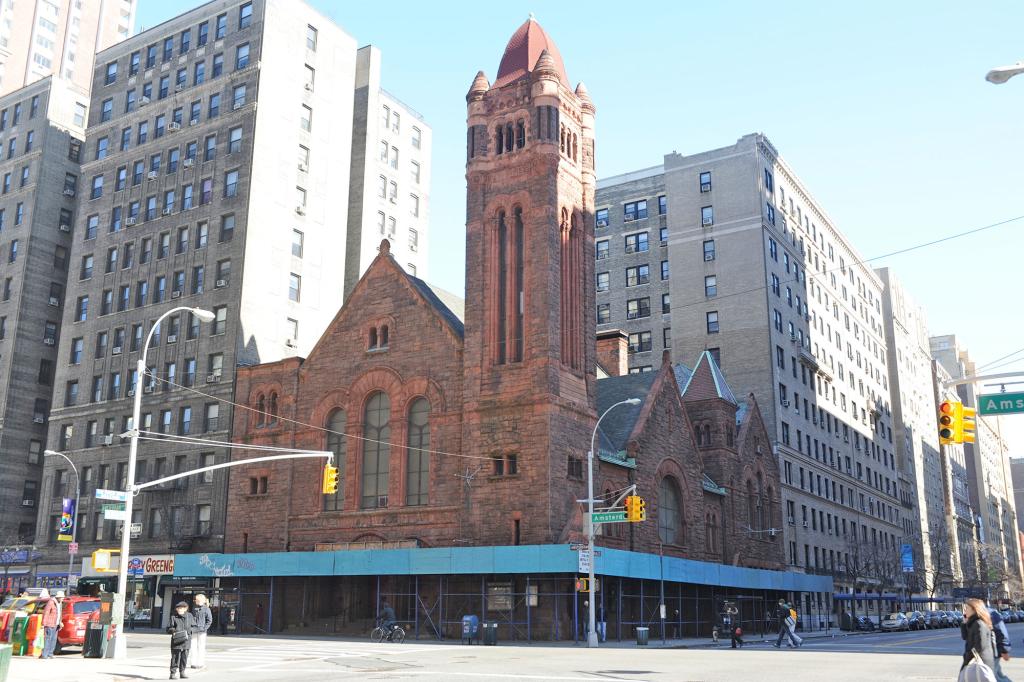 The battle for the landmarked but crumbling West-Park Presbyterian Church on Amsterdam Ave. and West 86th St. has shifted to a second front: the Manhattan Supreme Court.

The tiny community plans to sell the 140-year-old building to developer Alchemy for $33.5 million. As Realty Check previously reported, the church has appealed to the Landmarks Preservation Commission to revoke its landmark status on hardship grounds. It is expected that the LPC will consider the application soon after Labor Day.

Alchemy would raze the church to build a 20-story apartment building that would house a large community center and a new facility for believers — a move fiercely opposed by local preservationists. For some activists, the view from their apartments would be blocked by the new building.

Now the community is suing the Center at West-Park, a nonprofit arts facility that occupies the site, for attempting to extend its “null,” “void,” and “unenforceable” lease, which expires in December.

The church argues in the lawsuit that the lease signed in 2018 does not give the cultural center a unilateral right to extend or renew. It also alleges that the center is in arrears on rent and has failed to raise funds to restore the ruined building as promised – which was a key condition in the award of the well-below-market lease.

The church says it would cost at least $50 million to repair the church, which has been surrounded by scaffolding for 20 years and has been closed several times by building officials.

A church source called the arts center’s move “hypocritical. The center was established to help save the church [by raising restoration funds]. Having failed, they are now trying to prevent the Church from doing what is needed.

“The building is literally falling apart,” the insider said.

Extending the lease, should the court rule in favor of the arts center, would likely not thwart the sale, although it could affect the timing of the demolition.

The center, which is backed by council member Gale Brewer and several local activists, has yet to respond in court.

However, the organization’s attorney, Michael S. Hiller, said that the lease “expressly grants the center a unilateral right to extend the lease term by five years.”

He said the “false allegations” in the lawsuit were a “subterfuge by the community to avoid the promises and assurances it has made and to achieve economic good fortune by selling the building.”

Brewer, who led the church landmark campaign 10 years ago, said, “City landmarks are threatened all the time… [by] Developers whose appetite for economic gain seems insatiable.”

Kiplinger’s Personal: Getting a Grip on Your Credit Card Debt | business news