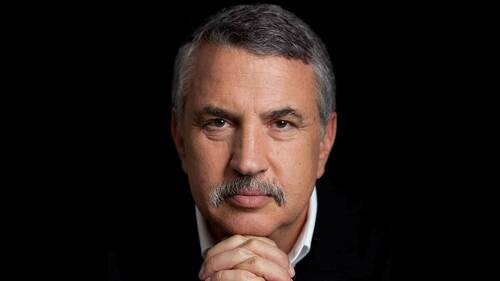 Dealing with a superpower led by a war criminal

It’s hard to believe, but now impossible to deny, that the broad framework that has kept much of the world stable and prosperous since the end of the Cold War has been seriously fractured by Vladimir Putin’s invasion of Ukraine. In ways we hadn’t quite understood, much of this framework rested on the West’s ability to coexist with Putin while playing the “bad boy” testing the limits of the world order, but never on a large scale broke through.

But with Putin’s unprovoked invasion of Ukraine, his indiscriminate demolition of its cities, and mass killings of Ukrainian civilians, he went from “bad boy” to “war criminal.” And if the leader of Russia – a country spanning 11 time zones, with vast oil, gas and mineral resources and more nuclear warheads than anyone else – is a war criminal and must henceforth be treated as a pariah, the world as we know that it has fundamentally changed. Nothing can work the same.

How can the world have an effective UN with a country run by a war criminal on the Security Council who can veto any resolution? How can the world have an effective global initiative to combat climate change and not be able to work with the largest country in the world’s landmass? How is the US working closely with Russia on the Iran nuclear deal if we don’t trust Moscow and hardly communicate with Moscow? How do we isolate and try to weaken a country so large and powerful, knowing that it could be more dangerous when it’s crumbling than when it’s strong? How do we feed and fuel the world at reasonable prices when a sanctioned Russia is one of the world’s largest exporters of oil, wheat and fertilizers?

The answer is that we don’t know. It’s another way of saying that we are entering a period of geopolitical and geoeconomic uncertainty not seen since 1989 – and possibly 1939.

And it only promises to get worse before it gets better, because Putin is now like a cornered animal. Not only did he get so many things wrong in his invasion of Ukraine; He produced the opposite of so much of what he wanted to achieve, leaving him desperate for any war effort at any cost that might obscure that fact.

Putin said he must go to Ukraine to push NATO away from Russia, and that his war not only revitalized a stagnant Western military alliance, but also guaranteed NATO’s solidarity and weapons modernization for as long as Putin is in power — and likely one more generation after.

Putin said he must go to Ukraine to eliminate the Nazi clique ruling Kyiv and bring both the Ukrainian people and their territory back into the arms of Mother Russia, where they naturally belonged and in his mind they longed for. Instead, his invasion turned Ukrainians – even some formerly pro-Russian Ukrainians – into bitter enemies of Russia for at least a generation and reinforced Ukraine’s desire for independence from Russia and integration into the European Union.

Putin thought that by taking over Ukraine in a blitz, he would earn the West’s due respect for Russia’s military prowess — ending insults that Russia, with an economy smaller than that of Texas, was just “a gas station.” with nuclear weapons”. Instead, his army was exposed as incompetent and barbaric, having to recruit mercenaries from Syria and Chechnya just to hold its own.

After doing so many things wrong and starting this war on his own initiative, it is imperative that Putin show that he has achieved something – at least undisputed control of eastern Ukraine, from the Donbass region south to Odessa on Ukraine’s Black Sea coast and the Union with Crimea. And he certainly wants it by May 9, for Moscow’s huge annual Victory Day Parade marking Russia’s victory over the Nazis in World War II — the day the Russian military remembers its greatest glory.

So it seems that Putin is preparing for a two-pronged strategy. First, he regroups his devastated forces and focuses them on fully capturing and holding this smaller military treasure. Second, he is stepping up his systematic cruelty – the continued shelling of Ukrainian cities with rockets and artillery to cause as many casualties and refugees and as much economic ruin as possible. He clearly hopes that the former will break up the Ukrainian army, at least in the east, and the latter will break up NATO as its member states are overwhelmed by so many refugees and pressuring Kyiv to give Putin whatever he wants to make him quit .

It should have three pillars. The first is to support the Ukrainians with diplomacy when they want to negotiate with Putin – that is their vocation – but also to support them with the best weapons and training when they want to attack the Russian army from every inch of their territory want to expel. The second is to spread the word daily and loudly – in any way possible – that the world is at war “with Putin” and “not with the Russian people” – exactly the opposite of what Putin is telling them. And third, we must double down to end our reliance on oil, Putin’s main source of income.

The hope is that the three together would mobilize forces within Russia to overthrow Putin from power.

Yes, this is a high risk, high reward offer. Putin’s fall could result in someone worse being at the helm of the Kremlin. It could also lead to continued chaos and decay.

But if it leads to someone better, someone with minimal decency and an ambition to restore Russia’s dignity and spheres of influence based on a new generation of Tchaikovsky’s, Rachmaninoff’s, Sakharov’s, Dostoyevsky’s and Sergey Brins – not yacht-owning oligarchs, cyberhackers and Polonium-armed assassins – the whole world is getting better. So many opportunities for healthy cooperation would be revived or forged.

Only the Russian people have the right and ability to change their leader. But it won’t be easy because Putin, a former KGB officer – surrounded by many other former intelligence officers beholden to him – is almost impossible to oust.

But here’s a possible scenario: The Russian army is a proud institution, and if it continues to suffer disastrous defeats in Ukraine, I can imagine a situation where either Putin wants to behead his army’s leadership — to scapegoat them To fail in Ukraine – or the army, knowing that this is coming, first tries to oust Putin. Love was never lost between the Russian military and the KGB/SVR/FSB security guys around Putin.

In conclusion, it is a necessary condition that the Russian people produce a better leader so that the world can create a new, more resilient global order to replace the post-Cold War order that Putin has now destroyed. But what is also necessary is that America be a model for democracy and sustainability that others want to emulate.

If Ukrainians are making the ultimate sacrifice to hold on to every inch of their newfound freedom, is it too much to ask for Americans to make the smallest sacrifices and compromises to hold on to our precious democratic heritage?

Skillman Church of Christ’s turning point will impact our neighborhoods

SEND Relief offers coaching for the integration of Afghan refugees