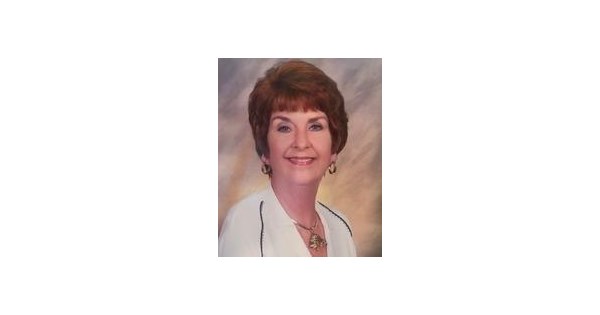 Cynthia Elizabeth Ware Everett
August 23, 1945 – September 26, 2021
Pascagoula, Mississippi – Cynthia Elizabeth Ware Everett passed away peacefully at home with loved ones on September 26, 2021. On the 56th day of her wedding anniversary, she was reunited with her love.
Born to Philip Lyons Ware and Mildred Moody Ware on August 23, 1945 at Old Jackson County Hospital, she graduated from Pascagoula High School in 1963. At Gulf Park College she met the love of her life, Charles Wendell Everett, and they were married in 1965 at the First United Methodist Church in Pascagoula.
After a year in Gulfport, they moved to Pascagoula to begin a fruitful life together in which Cynthia had many social and business achievements. She began her civic engagement early in her life. She was a former president of the Pascagoula Civic Guild and a long-time member of Junior Auxiliary, which shared some of her famous recipes in the first Bouquet Garni cookbook. She was the co-founder and president of the Patio Planters Garden Club and later president of the Pilgrimage Garden Club. She and Charles were also members of the Maskers Society.
As a longtime member and future chair of the Jackson-George Regional Library Board, she worked state and national to raise funds for the construction of the new library building, which opened in 1987. Cynthia served on the board of directors of the Mississippi Library Association and was also a lobbyist for the American Library Association.
Cynthia began her business career in 1992 in the real estate industry, her true calling, working for Coldwell Banker, Smith Homes, where she received multiple awards for top sales and made lasting friends with her many of her clients. After retiring in 2017, she joined the Bridge Club of the Eastlawn Methodist Church and the Menagerie Coffee Group, which she attended until last week.
She loved her church, where she sang in the choir for many years, taught Sunday school, taught children, served on the board of trustees and participated in the JOYS group.
Cynthia was a true southern lady known for her many talents, including cooking, flower arrangements, decorations and her impeccable sense of style. She loved her family, children, grandchildren, friends and her grandson Tug. “CC”, as she was called by her granddaughters, never met a stranger and walked every morning on Pascagoula beach for over 50 years. Her infectious laugh and wit would brighten any room. Beloved wife, mother, grandmother and friend of many, her kindness and giving nature will be remembered by all who knew her.
She is preceded in death by her parents Philip Lyons Ware, Mildred Moody Ware, husband of 46, Charles Wendell Everett and nephew Joseph Watts Martin III.
Survived by her children Philip Ware Everett, Lauren Everett Huggins (Van); Granddaughters Hannah and Addison Huggins; Sisters Dell Gully, Marty Lowery; Niece Catherine Gully Jones; and nephews Timothy Martin and Christopher Gully.
Pallbearers will be Laurin Avara, Walker Foster Jr., Chris Gully, Mike Heidelberg, David Lowery, Joe Martin Jr., Tim Martin, Boyd Mason, and Mike Odom.
The visitation will take place on Friday, October 1st, from 11 a.m. to 1 p.m. at the First United Methodist Church in Pascagoula, with services at 1 p.m. Instead of flowers, the family would like donations to First United Methodist Church, PO Box 371, Pascagoula, MS 39568 or New Prospect Methodist Campground, PO Box 5382, Vancleave, MS 39565 In memory of Cynthia on the Tribute Wall of www.obryantokeefe.com.

Enlargement agent, Church, will be retiring; Update on the KFR program | news