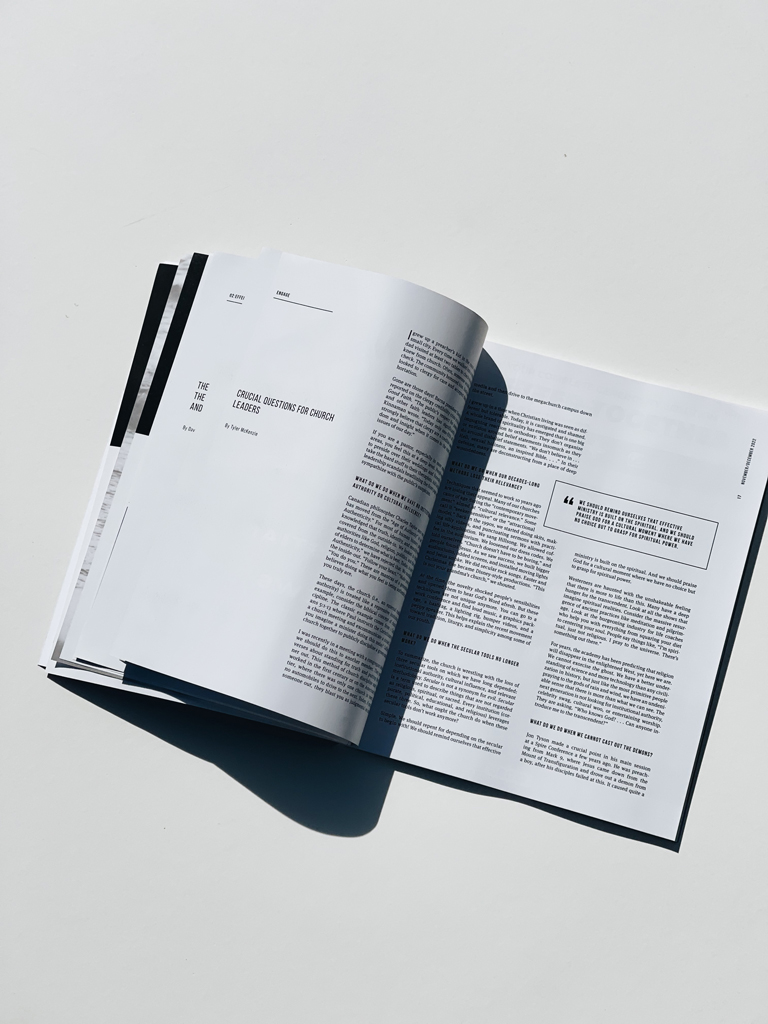 I grew up as a preacher’s child on the rural outskirts of a small town. Whenever we entered a restaurant, my father would visit at least two tables to ask for people we knew from the Church. Often someone picked up our check. The community honored him. At that time people turned to the clergy for help and accepted their moral admonition.

Gone are those days! Barna President David Kinnaman reported on the clergy’s crisis of credibility in his 2017 book good faith. “Public respect for pastors, priests and other faith leaders has declined significantly,” Kinnaman wrote. “Today, only one-fifth of adults in the United States firmly believe that clergy are a credible source of wisdom and insight on the most important issues of our time.”

If you are a pastor, especially in more cosmopolitan areas, you feel this on a deep level. People expect you to officiate their weddings and funerals, but they take the hard stuff to their therapists. Add to that all the leadership scandals making front-page headlines, and I sympathize with the public’s suspicion.

What do we do when we have no institutional authority or cultural influence?

Canadian philosopher Charles Taylor says our culture has transitioned from an “age of authority” to an “age of authenticity.” For most of human history, people recognized that truth, identity, and morality were discovered from the outside in. We have turned to traditional authorities such as God, religion, politics and the wisdom of elders to determine what is best. Today, in our “Age of Authenticity,” we have rejected that. We moralize from within. “Follow your heart.” “Make your truth.” “You make yourself.” These are mantras from a generation that believes doing what you feel is being authentic about who you really are.

Nowadays the church (ie an external traditional authority) is treated as a repressive institution. For example, consider the biblical concept of church discipline. The classic example comes from 1 Corinthians 5:1-13, where Paul instructs the Corinthians to call a church meeting and excommunicate a sinner. Can you imagine a minister doing this today? Calling on the church to publicly discipline a grown man?

I was in a meeting with a church member recently who felt we should do this to another member. They quoted verses about standing for the truth and eliminating the sinner. This method of church discipline may have worked in the first century or on the American frontier where there was only one church in town and no cars to go to the next. Today, if you kick someone out, they’ll berate you on social media for being judgmental, and then they’ll drive down the street to the Megachurch campus.

I grew up in a time when the Christian life was seen as different but bearable. Today it is scourged and shamed. A whole kind of spirituality has emerged that is a great challenge reaction to orthodoxy. They do not organize or introduce themselves around statements of faith as they do around statements of disbelief. “We don’t believe in . . . Hell, Sexual Holiness, An Inspired Bible. . . .” In their defense, many deconstruct from a site of deep wounding.

What do we do when our decades-old methods lose their relevance?

Techniques that seemed to work 10 years ago are losing their appeal. Many of our churches came of age during the “contemporary movement” aimed at “cultural relevance.” Some call it “seeker-sensitive” or the “attraction model.” In the 1990’s we started doing skits, making silly videos and punctuating sermons with practical life applications. We sang Hillsong. We allowed coffee in the auditorium. We have relaxed our dress code. We said to ourselves, “Church doesn’t have to be boring,” and people found Jesus. As we saw success, we built larger auditoriums, added screens, and installed moving lights and Jesus smoke. We made secular rock songs. Easter and Christmas Eve became Disney-style productions. “This isn’t your grandmother’s church,” we shouted.

At that time, the novelty shook people’s sensibilities and opened them to hearing God’s Word anew. But these techniques are no longer unique. You can go to a work conference and find loud music, a graphics pack, a hashtag, a lighting rig, bumper videos, and an upbeat speaker. This helps explain the recent movement towards tradition, liturgy and simplicity among some of our youth.

What do we do when the secular tools no longer work?

In summary, the church is grappling with the loss of three secular tools we have long relied on: institutional authority, cultural influence, and relevant methodology. worldly is not a synonym for devilish. worldly is a term used to describe things that are not considered religious, spiritual, or sacred. Every institution (corporate, political, educational and religious) uses these three. So what should the church do when these secular tools no longer work?

Easy. We should regret that we initially relied on the secular! We should remember that effective ministry is built on the spiritual. And we should praise God for a cultural moment when we have no choice but to reach for spiritual power.

Westerners are haunted by an unshakable feeling that there is more to life than this. Many have a deep hunger for the transcendent. Check out all the shows that imagine spiritual realities. View the massive resurgence of ancient practices like meditation and pilgrimage. In the burgeoning industry, look for life coaches to help you with everything from correcting your diet to centering your soul. People say things like, “I’m spiritual, just not religious. I pray to the universe. There’s something out there.”

For years the Academy has been predicting that religion will disappear in the enlightened West, but here we are. We cannot exorcise the spirit. We have a better grasp of science and more technology than any civilization in history, but just like the most primitive of humans who worship the gods of rain and wind, we have an undeniable sense that there is more than meets the eye. The next generation isn’t looking for institutional authority, celebrity swag, cultural endorsements, or entertaining worship. They ask, “Who knows God? . . . Can anyone imagine the transcendent?”

What do we do if we can’t exorcise the demons?

Jon Tyson made a crucial point in his main session at a Spire conference a few years ago. He preached from Mark 9 where Jesus came down from the Mount of Transfiguration and cast a demon out of a boy after his disciples had failed. It caused quite a stir. Later, the disciples asked Jesus privately, “Why couldn’t we cast it out?”

So Jesus answered them, “This kind can come forth only through prayer.” Could it be that simple?

What do we do when it seems like nobody cares and nothing works?

What do we do? We pray. I have prayed with Christians in the Dominican Republic, Bolivia, Uganda and Palestine. When they pray in these countries, it’s different. If you know, you know. Prayer has a much more prominent place in the Global South and East than in the West. That explains why we have no power in the West.

In our churches we talk a lot about having a relationship with God, but prayer is the key to that relationship. Why is prayer so absent from church meetings, policies and strategies? I like this to be superspirited, but I wonder what would happen if prayer were the focus.

We must be prepared to respond when the lost and seeking world asks, “Does anyone really know God? Is there a community that has an otherworldly beauty and power? Can anyone imagine anything more transcendent and eternal than the American Dream?”

I wonder if we can tap into a level of God’s power that has eluded us so that we can help meet the challenges of our lost world. Genuine, earnest prayer is the best place to start.