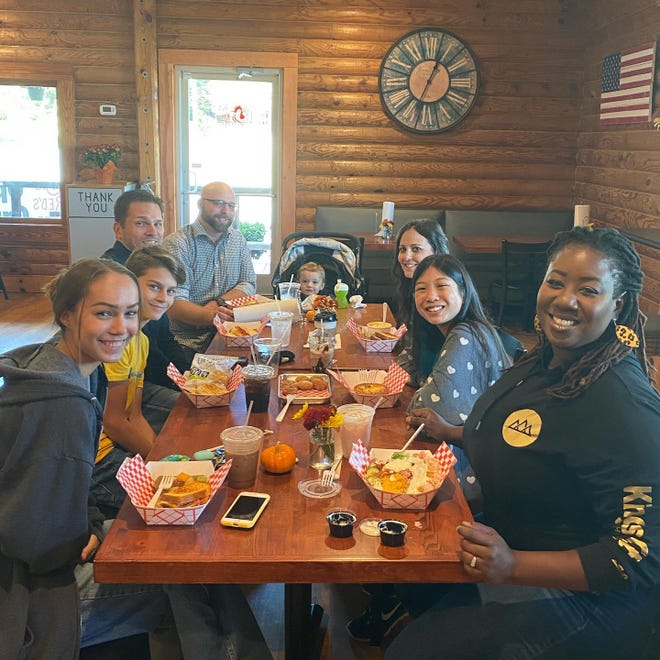 Nakisha Wenzel was working in Atlanta when she received a call to look at a church property in Kings Mountain. As part of the Foursquare Church, a denomination centered on six core principles, Wenzel and her husband Michael were asked to consider leading King City Church at 1128 York Road.

All it took was a peek into the church cafe and a vision from God to convince Wenzel it was the right move.

As a coffee lover, Wenzel dreamed of owning a café where she could share her love for Jesus and Arabica beans. A year later, however, the property now known as Big Red’s Cafe at 830 E. King St. was put up for sale. She realized that she could still achieve her goal of nourishing the church spiritually and physically. She took a leap of faith and bought the device at the height of the pandemic, undeterred by the country’s economic transformation.

“We knew it was going to be a great opportunity,” said Wenzel. “We started out with the idea of ​​meeting people in the community.”

Wenzel knew she needed someone with years of experience and someone she could trust to make Big Red’s Café a success. She contacted church administrator Kelly Lawrence.

“She has 20 years of restaurant experience,” says Wenzel. “We told her we wouldn’t do it without her. I go to the café as often as I can. I do shifts when someone is sick or can’t make it so no one gets hit on their own.”

Wenzel, who worked for the city government in Miami and was a community center leader in Atlanta, has devoted her life to making meaningful connections and is doing the same in Kings Mountain.

“We love the people here,” said Wenzel. “We felt drawn to nurturing and caring for our city. That’s our goal, building community. We have had so many incredible opportunities to pray for people. They will come to the café and I will pray for the people right at the counter. One day a man had a panic attack. He couldn’t even put his card in the card reader. I asked if I could pray with him and he said yes. He came back and told me he was doing much better since I prayed for him. It’s amazing because I was able to minister to someone who just bought a latte.”

As she reflects on why Black History Month is so meaningful to her, she spoke about how people of color in the community accepted her from day one.

“I didn’t get any negative feedback, no hate,” said Wenzel. “I have been showered with love from the black community. I felt like the blacks were cheering me on. That’s the best feeling.”

Wenzel, who has a 3-year-old son, said it’s important for black students and young adults to see more African-American entrepreneurs so the idea of ​​success doesn’t feel out of reach.

“I think it helps normalize the notion that it doesn’t matter where you’re from or what your socio-economic background is, you can achieve your dreams,” Wenzel said. “Many young people came to me and asked questions. People like me help other people see that it’s possible.”