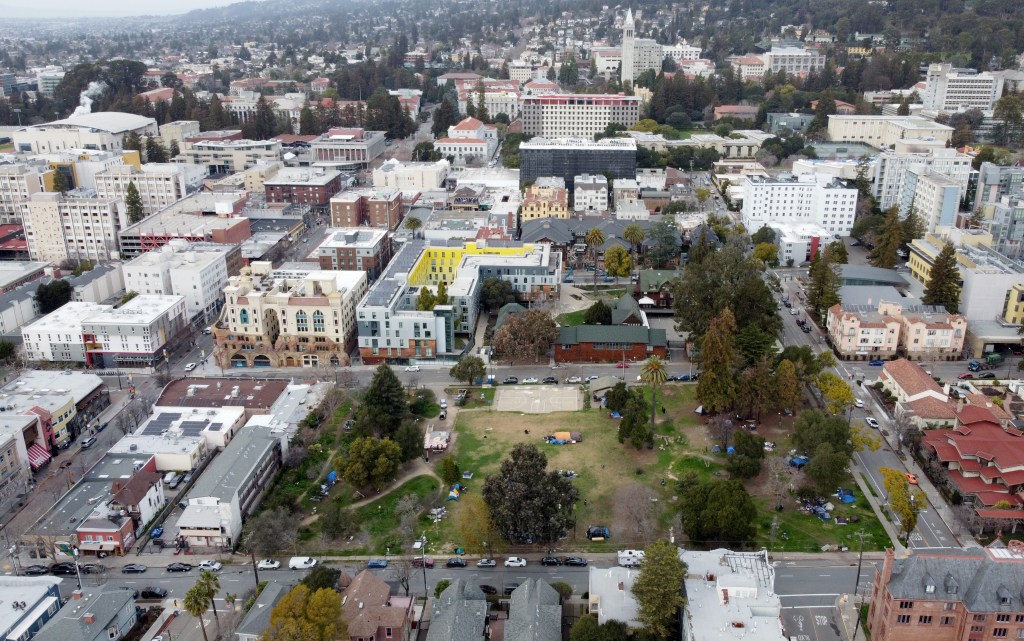 It’s just a fraction of the thousands of homes that need to be built, but Berkeley will embark on seven projects in the coming months that should collectively add 406 units to its affordable housing stock.

Through a combination of build, acquisition, and redevelopment, the city intends to spend $67.5 million on the effort — one of its largest financial commitments to housing ever.

“Although we made a historic and tremendous commitment to fund these projects in December, we still have more to do,” Berkeley Mayor Jesse Arreguín said in an interview.

He thanked the city’s voters for making the projects possible by approving Measure O in November 2018. About 77% of voters voted for the $135 million housing bond income, particularly seniors, students, teachers, disabled tenants and homeless residents.

“(Measure O is) a tremendous investment in affordable housing and maintaining the diversity of our city,” Arreguín said, noting that every dollar invested in bonds was often leveraged to receive additional funding and tax credits from the state. “This work is really rooted in the concept of living first.”

The council unanimously voted to split on December 14 Measure O’s money, with $24.5 million for teacher housing in the Berkeley Unified School District, $14.4 million for 1,100 UC Berkeley student beds in People’s Park, $8.4 million for the purchase of the Golden Bear Inn on San Pablo Avenue and $5 million for two apartment projects on church lots in South Berkeley, $1.2 million for renovations of 12 one-bedroom apartments at the MLK House on Martin Luther King Jr. Way and $850,000 for Renovations of 54 units at Ashby Lofts on Ninth Street.

Prior to this vote, the Council’s largest investment was $53 million to provide housing near the Downtown Berkeley BART station in April 2021, also from Measure O funds.

Together, the two funding rounds supported more than 800 units of affordable housing.

Although the city’s Housing Trust fund includes federal dollars and income from fees collected for market and commercial projects, Arreguín said that historically this is below the amount of capital required to meet affordable housing goals.

The first project funded by Measure O was Jordan Court, an affordable senior housing development in Cedar and Oxford in North Berkeley, which broke ground in 2020. It was the first project of this kind in this part of the city in more than 30 years.

In addition, the Berkeley Way Project added 140 permanent housing units for formerly homeless residents. And an emergency shelter is scheduled to open in the summer of 2022.

Now, as Berkeley prepares for the latest round of housing targets the state is setting for it and all cities in California — known as RHNA, for Regional Housing Needs Allocation — officials are hoping to count on voters again by letting them ask to support another electoral action housing.

According to a December memo from City Manager Dee Williams-Ridley about the “Vision 2050” plan, the staff is investigating yet another revenue measure for this year’s vote on November 8th.

Arreguin has previously specified that at least $250 million is needed.

“The key to the ability of local governments like Berkeley to meet their RHNA requirements is funding,” added the mayor, who, in addition to his presidency of the Association of Bay Area Governments, is also a member of Berkeley’s Housing Commission and Rent Stabilization Board . “We urgently need more money”

The council is scheduled to discuss priorities and seek public feedback on a possible voting action at its January 20 meeting. It may decide in June whether to take a voting action.

According to the watchdog group Campaign for fair living elements, Berkeley completed just 38% of the 2,959 “required” units in the last housing cycle, which began in 2015.

But Darrell Owens, an activist with East Bay for Everyone, said he was impressed by Berkeley’s recent affordable housing efforts, which he called “remarkably groundbreaking.”

“It’s actually a very new generation of Berkeley politics that I’ve never seen before, where the city council, even amid opposition to new affordable housing, seems to have this almost unanimous understanding of the need to fund it as soon as possible ‘ Owens said. “I applaud the advice for that — I think they’re doing a really good job and it would be really hard to imagine other cities becoming as aggressive as this one.”

He said another borrowing measure could prove an important tool as the city faces the challenge of adding more than 9,000 units to its housing stock by 2031.

“I think it’s imperative that we now prove that we can use those dollars as efficiently as possible,” Owens said. “So far, I think the Berkeley City Council has proven that.”