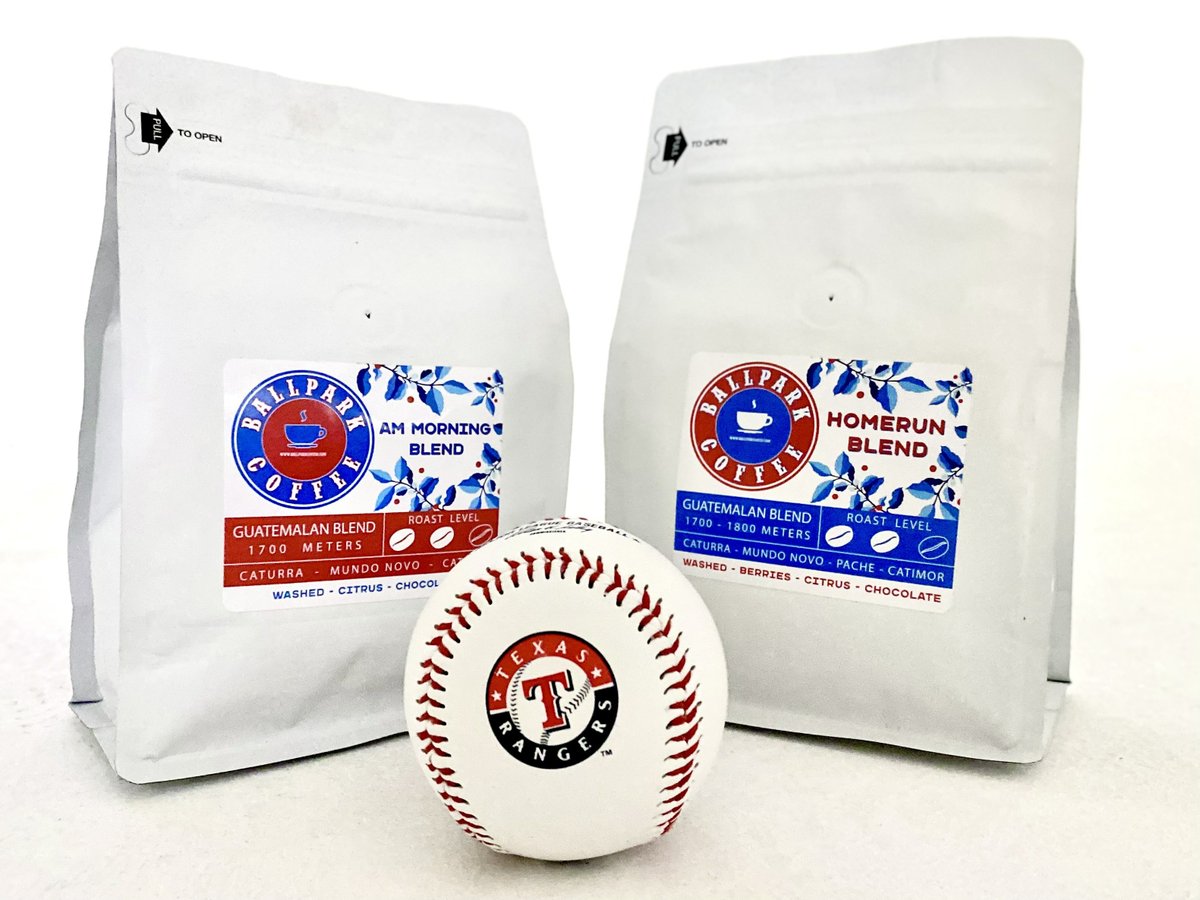 Few things go together like baseball and a cup of coffee. Well, very few things actually do it – but the unlikely pairing spurred by an even more unlikely partnership is all part of an initiative to use the power of caffeine to boost the economy on the east side of 76104.

The initiative includes the launch of a new coffee brand called Ballpark Coffee, led by Kyev Tatum, pastor of the New Mount Rose Missionary Baptist Church. He works with the Center for Coffee Research and Education at Texas A&M University to make each bag through the College Station Roaster What’s the Buzz. Throwing a curveball into the mix is â€‹â€‹Rob Matwick – Texas Rangers Executive Vice President of Business Operations – who uses his business acumen to drive the initiative forward.

While Ballpark Coffee isn’t directly affiliated with the Texas Rangers Baseball Club, its red and blue branding serves as a subtle nod to the home team. Ballpark Coffee was officially launched in October during the Fort Worth Coffee Festival, which Tatum held downtown to promote the brand.

Mind you, Ballpark Coffee is not a business. It is the funding mechanism that will help create the vision of a nonprofit action called the Inner-City Coffee Exchange – a coffee academy, if you will, to teach the underserved members of the community the science and business behind a cup of joe . Tatum says the hope is that residents on the east side of Interstate 35, particularly at 76104, will be inspired to join the coffee industry and stimulate the economy in their neighborhood.

Or, as Tatum likes to say, make the community â€œbetter – not bitterâ€.

“Not with alms or handouts, but with dignity and one hand up, that’s what we want,” he says.

How exactly did a Fort Worth pastor, Texas Rangers executive, and A&M come together?

The partnership began a few months ago when Tatum and Matwick met and later worked together at an event in honor of Pastor and civil rights activist Floyd S. Moody in August. They got along well, which eventually led to Tatum hosting Matwick for a presentation from Texas A&M about their coffee program.

“I think, ‘Why should I go to this one now?'” Recalls Matwick. “But sometimes I tell Pastor it must have been divine intervention because that day I had time on the calendar and I said, ‘You know what, I really enjoyed getting to know Pastor Tatum, see what it’s about.’ “

So Matwick left and was pretty intrigued by the science behind coffee – and Tatum’s idea of â€‹â€‹using it to build his neighborhood.

Granted, neither Tatum nor Matwick call themselves coffee lovers. Tatum admits he doesn’t even drink coffee (his wife does).

But he’s driven by a desire to help his neighborhood, and Matwick just went along.

“When you spend more than five minutes with Pastor Tatum, it’s hard not to get caught up in your enthusiasm,” says Matwick. “What he’s trying to do to support his community is one thing we can all certainly support.”

Ballpark Coffee’s mission aligns with the mission of A & M’s Center for Coffee Research and Education, says Deputy Director Eric Brenner. Brenner’s daily job includes working with coffee farmers around the world to improve their farming practices while making sure they are paid appropriately. But the center was also looking for ways to join in at home, and when the idea for the Inner-City Coffee Exchange came up, the center was quick to join in.

Brenner worked with Tatum to make the coffee bags through What’s the Buzz roaster in College Station so that sales of the coffee would benefit not only the Inner-City Coffee Exchange but also the farmers who grow the beans.

“In the whole world, [coffee] creates jobs for over 100 million people. It generates a lot of income, “says Brenner.” We spoke to Pastor Tatum about how we might bring some of these coffee ideas to an inner-city community to help them grow. “

Brenner also helped develop the implementation plan for the Inner-City Coffee Exchange. Next steps for the project include evaluating the future coffee academy space (which will be located in Tatum Church), conducting a community assessment to determine the needs of the neighborhood, and of course raising funds by selling more bags . The coffee is currently on sale at the Texas Christkindl Market in Choctaw Stadium – a stall that Matwick co-founded – which runs through December 23.

Another way to buy coffee – or just join in – is to contact Tatum directly at 817-966-7625. He wants to create a website for the Inner-City Coffee Exchange and find more ways to sell Ballpark Coffee as the project progresses.

“[Kids in theÂ community] be the best for [the academy]. You will see something different than working at McDonalds or working elsewhere. You can literally open a one-man bistro and we can show you how to do it, â€says Tatum. “We have A&M, the Rangers, what’s the buzz coffee, the church – who else do you need?” Come on baby Let us do this.”

Manassas Church blows up plan for Wawa next door | Headlines

In the wake of the tornado, a church and a pastor turn to God, service | trust